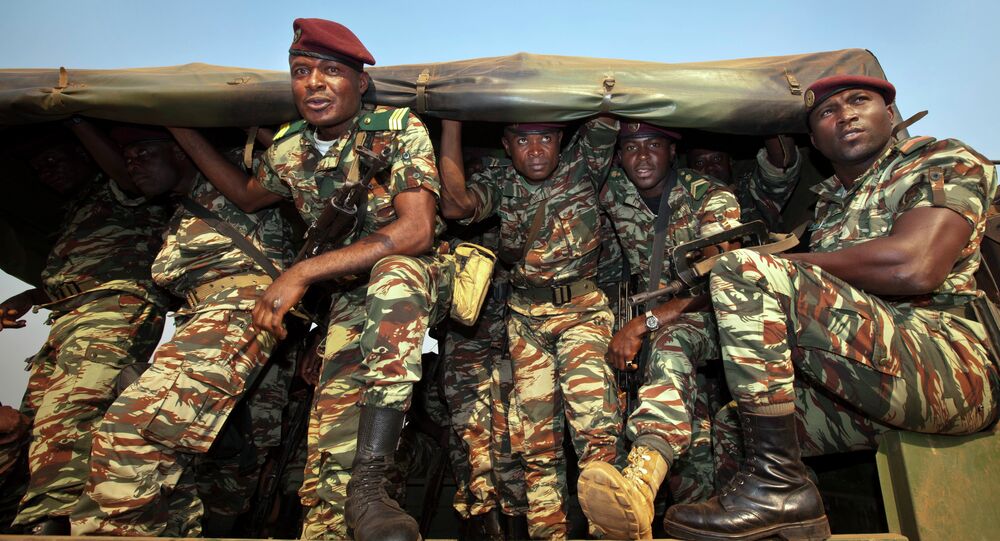 In a remote corner of Africa a group of Anglophone rebels want to carve a country out of French-speaking Cameroon. Is there more to the conflict than just language differences?

Rebels fighting for an English-speaking homeland in the African country of Cameroon have retreated after attacking a village on Thursday, December 15.

Cameroon is a French-speaking nation ruled over by President Paul Biya, who has been in power since 1982.

But in the west, close to the border with Nigeria, most people are Anglophones and many want to create their own country, nominally called Ambazonia.

This is what #PaulBiya and his millitary men are doing in Southern Cameroons, #Ambazonia. We continue to call on @antonioguterres and @UN with the #UNSC to do the right thing and save the people of Fed. Republic of Ambazonia @GovAmba from these atrocities #AJNewsGrid @hrw pic.twitter.com/W7FShe05o6

​The rebels attacked Dadi, a village in the Mamfe region but were repelled by the Cameroon army.

Cameroonian press reports said the attackers were "from a neighbouring country" and left behind 26 rifles and a pump-action shotgun, as well as 20 cellphones and Ambazonia Defence Force t-shirts.

One in Five Are Anglophones

There are 23 million people in Cameroon, around one if five is English-speaking and they have long claimed to be discriminated against by the French-speaking majority.

Cameroon, which is situated between Nigeria and Congo in central Africa, was a German colony between 1884 and 1916.

The Self proclaimed Republic of #Ambazonia now has a Liberation Army. This could be a serious security threat in the #GulfGuinea and #SahelRegion. #Cameroon #SouthernCameroons #CivilWar #refugees pic.twitter.com/MRf7O3ra0e

​During World War I it was conquered by British and French troops and was divided, with the rump of the country being handed to Paris and a sliver of territory in the west becoming British Cameroons.

In 1961 the two parts were united and then became the Federal Republic of Cameroon.

Ironically a few years later the Igbo people, just across the border in Nigeria, declared independence as the Republic of Biafra but were defeated by the federal Nigerian forces in a bloody war which led to thousands of deaths by starvation.

In 1984 an Anglophone group in Cameroon, led by lawyer Fon Gorji Dinka, unilaterally declared the Republic of Ambazonia but few countries have paid it any attention, let alone recognized it.

​Ambazonia Has Own Flag and National Anthem

But it has its own website, flag and anthem, Hail Ambazonia, Land of God.

Ambazonia is roughly the same size as the Netherlands, with a population the size of Paraguay.

Resentment in western Cameroon has been growing in recent years with the 84-year-old president rejecting demands for autonomy for the Anglophone region and ordering a crackdown, including curfews, raids and restrictions on travel.

International monitors say up to 40 people have been killed by government forces since September.

This is open provocation and insult to the people of Ambazonia. LRC is telling us to go to hell with English right in our hinterland. God forbid! https://t.co/cxdrR659HW

​Four soldiers and six police officers were killed last month in attacks by the Ambazonia Defence Force in the Mamfe region.

Next year Cameroon faces presidential elections with Mr. Biya planning to stand again. He is a long-term ally of the United States, who has allowed American drones to be based in the country.

Following the departure of Zimbabwe's Robert Mugabe, Mr. Biya is now Africa's second longest-serving ruler, with only Teodoro Obiang Nguema, the dictatorial ruler of tiny Equatorial Guinea, having been in charge longer.

@antonioguterres here is Mamfe main market set ablaze by Cameroon Govt. The govt have sworn to bring down all structures in #Ambazonia if they have to evacuate. @UN Put a stop to this before it goes out of hand. @BBCWorld @AlJazeera @LeahHardingAJE @FoxNews @innercitypress pic.twitter.com/HYTQVgfzRZ