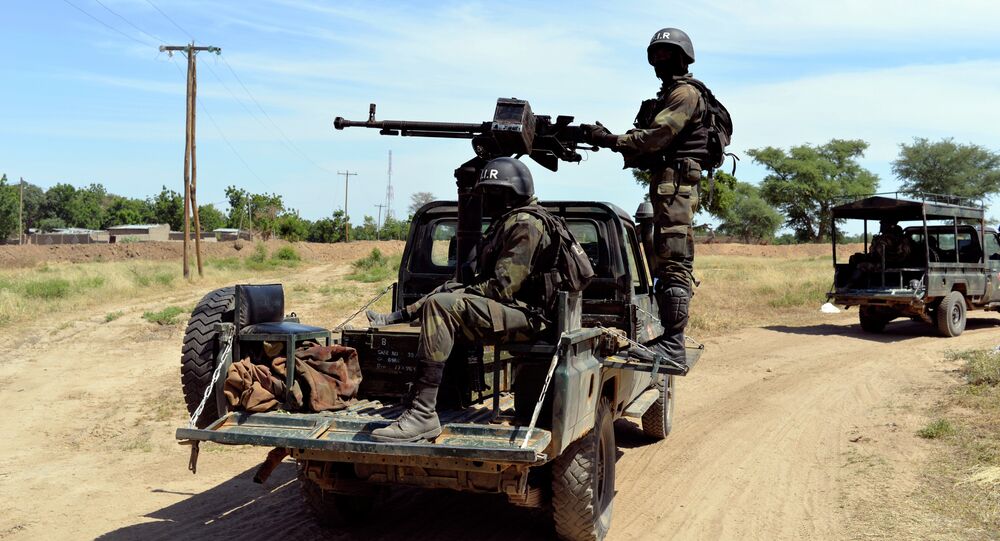 The US Africa Command (AFRICOM) will investigate whether US forces knew about allegations of the abuse of prisoners by Cameroonian forces on a military base where US troops were present.

Jennifer Dyrcz, captain of AFRICOM, said, "We are aware of the 2017 Amnesty International report alleging illegal detentions and abuse of prisoners by Cameroonian soldiers and are currently reviewing its contents," according to Stars and Stripes. "US Africa Command has ordered that an inquiry be conducted into these allegations. As the inquiry is ongoing, we can’t provide specific details about what that entails."

The command says that to date it has not received any reports about possible abuses by Cameroonian elements from US forces.

Dyrcz said that servicemembers are required to notify leadership of any "possible, suspected or alleged violation of the law of war for which there is credible information during the conduct of operations."

"These reports are required to be made promptly to the chain of command in the most expeditious means possible," she added.

The inquiry will determine what information the command was aware of prior to the investigation, if any.

In a July 20 report, Amnesty International wrote that between March 2013 and March 2017, Cameroonian security forces violated international human rights laws by torturing prisoners they suspected of being involved with the Boko Haram extremist group.

Victims told the human rights agency that they were severely beaten, put in "agonizing stress positions," and claimed that some were even tortured to death. The organization reported that torture occurred at 20 sites, including facilities operated by intelligences agencies, a school, military bases and a private residence.

US troops were accused of being party to the abuse in the report, but the organization acknowledges that there are questions as to whether they knew abuse was taking place.

Cameroon hosts a US drone base and the US military maintains a minimal presence there, while also training with Cameroonian soldiers alongside French forces in the fight against Boko Haram. Despite being based in northern Nigeria, the terrorist group has has been launching attacks across the border in Cameroon.

"I saw white men in Salak many times and I heard them talking in English, I think they were Americans." one prisoner said in the report, "I saw them running from the back window of my cell, especially in the morning, as well as standing in front of our cell, just where the garage was. Some were wearing plain clothes, others were in uniform. The uniform was like camouflage clothing, green and beige."

Amnesty International Regional Director for West and Central Africa Alioune Tine remarked,"“Nothing could justify the callous and widespread practice of torture committed by the security forces against ordinary Cameroonians … These horrific violations amount to war crimes."

British Ship With Two Russians Onboard Seized Off Cameroon