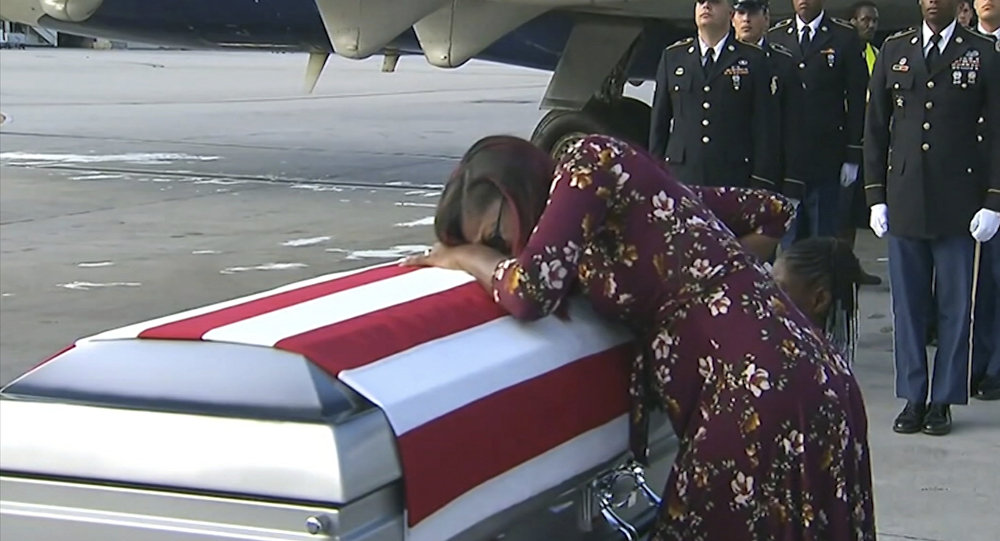 The New York Times has reported that during the deadly Daesh ambush in Niger that killed four US and four Nigerien soldiers, the American soldiers who ended up listed as killed in action were left behind as the rest of their squad was evacuated. It isn’t clear if the left-behind soldiers were still alive or not at the time of the evacuation.

The Times reports that after the Daesh ambushers fell upon the 11 US soldiers and roughly 30 Nigerien troops, the Americans called for air support. The request was answered by French helicopters based in Mali. When the helicopters arrived at the scene, they evacuated seven of the 11 US troops.

Four others for reasons unknown remained at the scene — three of whom were Green Berets. The four soldiers were no longer in radio contact, and the Pentagon briefly declared them missing in action.

Later that day, a retrieval team returned to the scene of the ambush and discovered the bodies of the Green Berets. The fourth body, that of Sgt. La David Johnson, was discovered two days later roughly a mile from the ambush site.

A US official "directly familiar with after-action reports" explained to CNN that during the ambush, the US vehicles at the front of the convoy were separated from the main body of the patrol.

Pentagon officials did not mention these details during their press releases on the events of the ambush.

In a Monday press conference, Chairman of the Joint Chiefs of Staff Gen. Joseph Dunford urged patience as the Department of Defense investigates the incident. Many questions, such as why it took two days to find Johnson's body, remain unanswered.

The Times' report cited anonymous US officials who claimed that other US and coalition forces were nearby after the evacuation. US military protocol calls for the immediate evacuation of wounded soldiers first, then healthy ones, then the bodies of the dead.

Dunford also said that enemy contact was believed to be "unlikely" when the soldiers were attacked, which was the only reason why the American soldiers were there. Under the rules of engagement, US soldiers can "only accompany partner forces when the chances of enemy contact are unlikely."

Roughly 800 American soldiers are stationed in Niger, running training, support and drone missions out of the capital of Niamey. Their mission is to aid in the quest to "defeat violent extremism in Africa," as well as respond to the "global threat with foreign fighters," according to Dunford.

The deaths in Niger have become the subject of an American media circus, much of it centers around US President Donald Trump's conduct towards Johnson's widow — he was alleged to have been callous and unprepared in a sympathy call he made to her.

The question of what the US troops were doing in Niger and why these four aren't coming back has been somewhat overshadowed, with military officials merely noting that skirmishes and violence are commonplace for the oft-ignored American soldiers stationed in Africa. 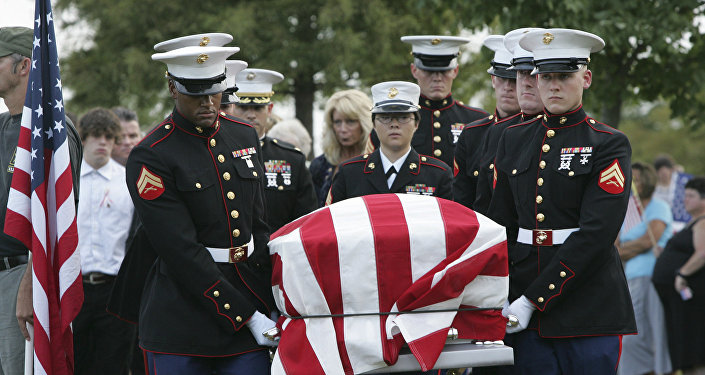 "This area is inherently dangerous," said Dunford. "We're there because [Daesh] and al-Qaeda are operating in that area."

But a Nigerien soldier who spoke to CNN under the condition of anonymity said the US troops were unprepared: they were driving unarmored 4x4 military vehicles with only one heavy machine gun. They were wearing "t-shirts and baseball caps," not body armor.

"I was surprised that the Americans would go out into the zone with such a light convoy and no air cover, no drones to keep watch over them," the soldier told CNN. The Pentagon did not confirm or deny the charge.