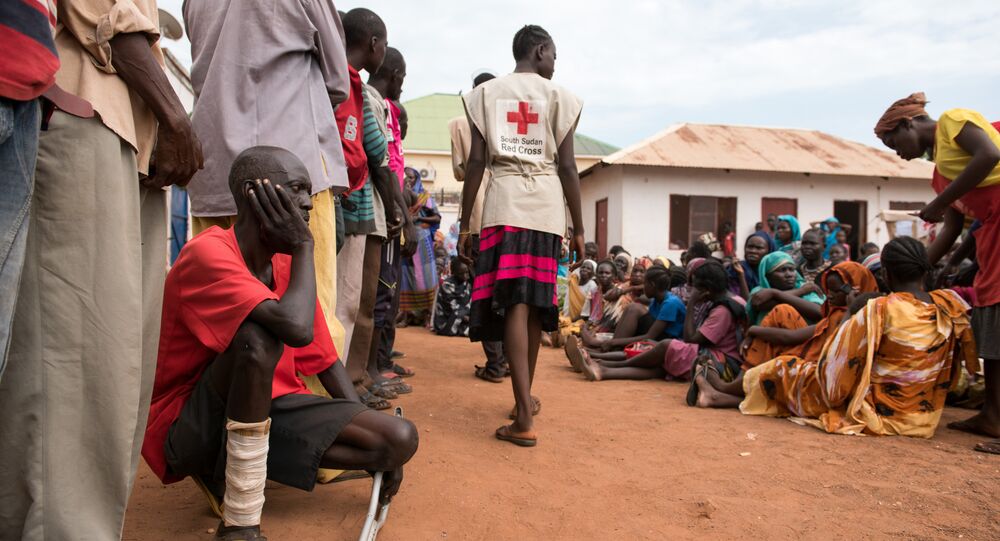 Human rights organizations, genocide watch groups and the UN secretary-general are warning of a potential genocide in South Sudan, the world's youngest country, and asking the UN Security Council and regional leaders to take action.

"All of the early warning signals for mass atrocities in South Sudan are there," a special commission to South Sudan reported at a UN Human Rights Council meeting December 14.

The five-year-old nation remains in turmoil despite the nominal end of a three-year civil war in August 2015. The war, which began as a political conflict between the country's president and then-vice president, members of different ethnic groups, ended up taking shape along ethnic lines, pitting the country's two largest ethnic groups, the Dinka and the Nuer, against each other, and exacerbating tensions among others.

Now, the country's politicians are being accused of using ethnic tensions for political gain, and observers are warning that the ongoing violence could coalesce into large-scale ethnic cleansing as the conflict spreads from the capital to previously calm states.

"There is an increase in polarized ethnic identities, a culture of denial, and in some areas, systematic violations that have been planned, South Sudan commission chair, Yasmin Sooka said in a statement.

"The Commission's recent visit to South Sudan suggests that a steady process of ethnic cleansing is already underway in some parts of the country. We don't use that expression lightly. Targeted displacement along ethnic lines is taking place through killing, abductions, rape, looting and burning of homes." In a country where millions have already been displaced by civil war, the government project to redraw state boundaries is only exacerbating displacement and ethnic divisions, she said.

Sooka's statement described levels of rape in the country as "epic," including statistics showing 70% of women in civilian protection camps had been sexually assaulted, widespread and severe food insecurity, targeted robberies and killings by soldiers and police against different ethnic groups and ethnically determined landgrabs and job dismissals, all in a context of uncontrolled inflation and a collapse of basic services.

Hate speech and the dehumanization of different groups is now common in the country, even from government officials and the president, Sooka said. "Coupled with the muzzling of the media and curtailing of civil society groups, this has sown fear in the population."

[P]erhaps most ominous of all, the South Sudan government's actions are already leveling villages, resulting in many dead in Central Equatoria state…. There have been ethnic-based killings on all sides and growing demands for vengeance," noted former US Special Envoy to Sudan and South Sudan Princeton Lyman and President of the US Institute of Peace Nancy Lindborg in an opinion for CNN.

© REUTERS / Stringer
Over 150 Killed in Clashes Between Gov't Troops, Opposition in South Sudan

On December 16, UN Secretary-General Ban Ki-moon accused government figures of contributing to ethnic violence and called on the US Security Council to respond.

"President Salva Kiir has pursued an ethnically-based strategy to suppress dissent, muzzle the media, exclude significant South Sudanese actors in the peace process and unilaterally implement an agreement to reach elections. Fighting has now spread across the country. At the same time, actions by South Sudanese leaders including [former vice president] Riek Machar and other armed opposition actors are intensifying the conflict and manipulating ethnicity for political gain. The risk of these mass atrocities, which include recurring episodes of ethnic cleansing, escalating into possible genocide is all too real," he wrote.

If hostilities are not immediately ceased and an inclusive search for a political resolution begun, "[T]he Security Council should impose an arms embargo and targeted sanctions to change the calculations of the parties and convince them to choose the path of peace. In addition, accountability is crucial so that those responsible for these despicable crimes face justice-from the highest levels to the foot soldiers following orders."

The US has proposed targeted sanctions on Kiir, Machar and other leaders, but they are opposed by Russia, China, Japan and some other security council members, who say sidelining the country's leaders won't help the peace process.

Lyman and Lindborg stressed the role of the Intergovernmental Authority on Development (IGAD) in Eastern Africa, of which South Sudan and its neighbors Uganda, Ethiopia, Sudan, Kenya, Djibouti and Eritrea are a part.

"IGAD leaders must make clear to the government of South Sudan, and the other South Sudan key players with whom they have contact and influence, that a major offensive as threatened by the government in Central Equatoria is unacceptable. They must also warn that sanctions will be imposed by IGAD and the international community against any party undertaking such action, and that IGAD will demand greater progress on implementing the peace plan which the various parties have signed."

"South Sudan stands on the brink of an all-out ethnic civil war, which could destabilize the entire region," Sooka warned. "Wherever we visited people told us the country would dissolve into another Rwanda-like situation. While several of the early warning signs of mass atrocities are present that does not mean it is inevitable. The international community must act now. This includes countries in the region, which guaranteed the peace process but are not sufficiently implementing the necessary steps toward justice and accountability."