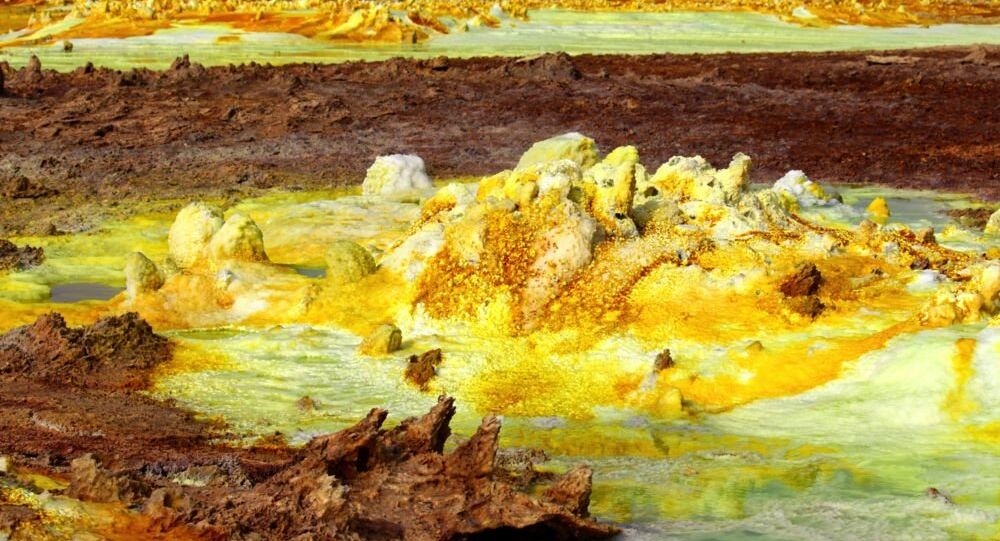 Alien World: Scientists Zoom in on Hottest Spot on Earth

The Danakil Depression in Ethiopia is one of the most “alien-like” places on Earth. Researchers from the Europlanet 2020 Research Infrastructure said that the Danakil Depression features at least three extreme ecosystems that may help us understand how life might arise on other planets and moons.

There are very few scientific publications on the site and no biological descriptions, so we are genuinely exploring new ground from a scientific point of view,” said Dr. Felipe Gómez of the Centro de Astrobiologia (INTA-CAB) in Madrid, who led the expedition.

“It is an amazing but hostile place – the temperatures were 42 degrees Celsius during the day and 30 degrees at night, and the chlorine vapor burned our airways. Any microorganisms living here will be extremophilic microbes of a major interest to astrobiologists.”

Youtube / ViralHog
Wonders of Nature: The Beauty of the Grand Canyon
Gomez and his colleagues are studying the “alien world” of the Danakil Depression in northern Ethiopia, which emerged as a result of a collision of three lithospheric plates. Due to resultants volcanic activity Danakil is the hottest place on Earth.

The area is more than 100 meters below sea level and magma flows very close the surface. Rainwater and seawater from the nearby coast are heated by the magma and forced to the surface, carrying many different salts in the solution.

Gomez and his team wanted to know which microbes managed to survive in such an aggressive environment.

In some areas, where the upwelling water is 90 degrees Celsius and highly acidic, high concentrations of sulfur create bright yellow chimneys.

Within the next few months the scientists expect to complete the chemical analysis of this “alien” part of our planet and proceed to a detailed study of the microbes living in the waters and rocks of the Danakil Depression.

Wonders of Nature: The Beauty of the Grand Canyon