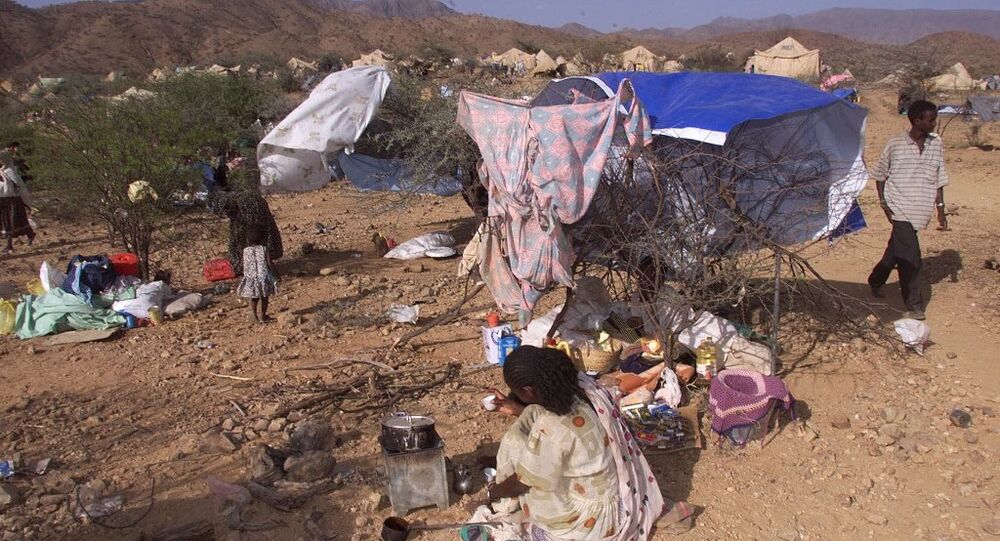 According to a report in Oil Price.com "major discoveries in Uganda and Kenya, high-level production activities in Sudan and even exploration in war-torn Somalia," as well as the North African country of "Eritrea should be on everyone's radar."

In 2009, Eritrean President Isaias Afwerki revealed that there is a "large reserve" of oil in the county — and during the 2014 African Economic Outlook conference, the African Development Bank confirmed a presence of commercially viable reserves of oil and natural gas in Eritrea.

In 2014, a group of British businessmen, led by former UK conservative chairman Michael Howard, traveled to Eritrea to explore any opportunities in the exploration of hydrocarbon and natural gas.

UN's damning report on human rights in #Eritrea, the 2nd biggest source of ppl migrating across the Med (after Syria) http://t.co/NbUDu7gE8i

The visit was followed up by UK based exploration and development company, Ortac Resources, which subsequently announced an arrangement to buy up to 26.7 percent of the Eritrean focused explorer, Andiamo Exploration. The deal also includes an option to buy a further 10 million shares for $2 million for a total interest of up to 42.2 percent in the UK-based company, Andiamo.

Also in June 2014, the UN Human Rights Council commissioned an investigation into alleged violations of human rights in Eritrea. Including: "…extrajudicial killings; enforced disappearances; arbitrary arrest and detention; torture and inhumane prison conditions; violations of freedom of expression and opinion; freedom of association and assembly; freedom of religion and belief; freedom of movement; and forced military conscription."

According to a new UN report, #Eritrea might have committed crimes against humanity including a shoot-to-kill policy on its borders

"The Government of Eritrea is responsible for systematic, widespread and gross human rights violations that have created a climate of fear in which dissent is stifled, a large proportion of the population is subjected to forced labor and imprisonment, and hundreds of thousands of refugees have fled the country."

The violations, according to the UN report, "may constitute crimes against humanity," with the chair of the commission, urging for renewed commitment from the international community "to help end the climate of fear in Eritrea."

The UN report also describes the "repressive systems used by the Government to control silence and isolate individuals."

"As a result of this mass surveillance, Eritreans live in constant fear that their conduct is or may be monitored by security agents and that information gathered may be used against them, leading to arbitrary arrest, detention, torture, disappearance or death."

The North African state makes up a distinct proportion of refugees and migrants who make the perilous journey across the Mediterranean Sea each year to reach the European Union. A situation which has led to the death of thousands, and that has led EU leaders to approve a military sea mission to destroy boats used by people smugglers and to rescue those on board.

However, this mission has been criticized by human rights groups, who are accusing EU leaders of ignoring the humanitarian issue of why these migrants are so desperate to leave their country in the first place.

Eritrea is also on the radar of campaign group Reporters Without Borders. The Country has been at the bottom of its press freedom index for the past seven years. The organization is now calling on the European Union to condition the additional aid it sends to Eritrea through the European Development Fund.

"It is astounding that the European Union provides Isaias Afwerki's regime with so much aid without seeking anything in return in the areas of human rights and freedom of expression, although Eritrea's constitution guarantees the right to free speech," said Clea Kahn-Sriber, head of the Reporters Without Borders Africa Desk.

"How can the European Union, which defends the rule of law and democratic values, support such a regime?

"Wouldn't it be in the EU's own interest, as the recent deaths of hundreds of migrants in the Mediterranean have reminded us, to encourage the development of a government that respects human rights and allows young Eritreans to see an alternative to a future of forced conscription of indeterminate duration?"

So, it appears Eritrea isn't going to disappear from the radar any time soon, whether it's regarding oil, gas, human rights or freedom of speech.