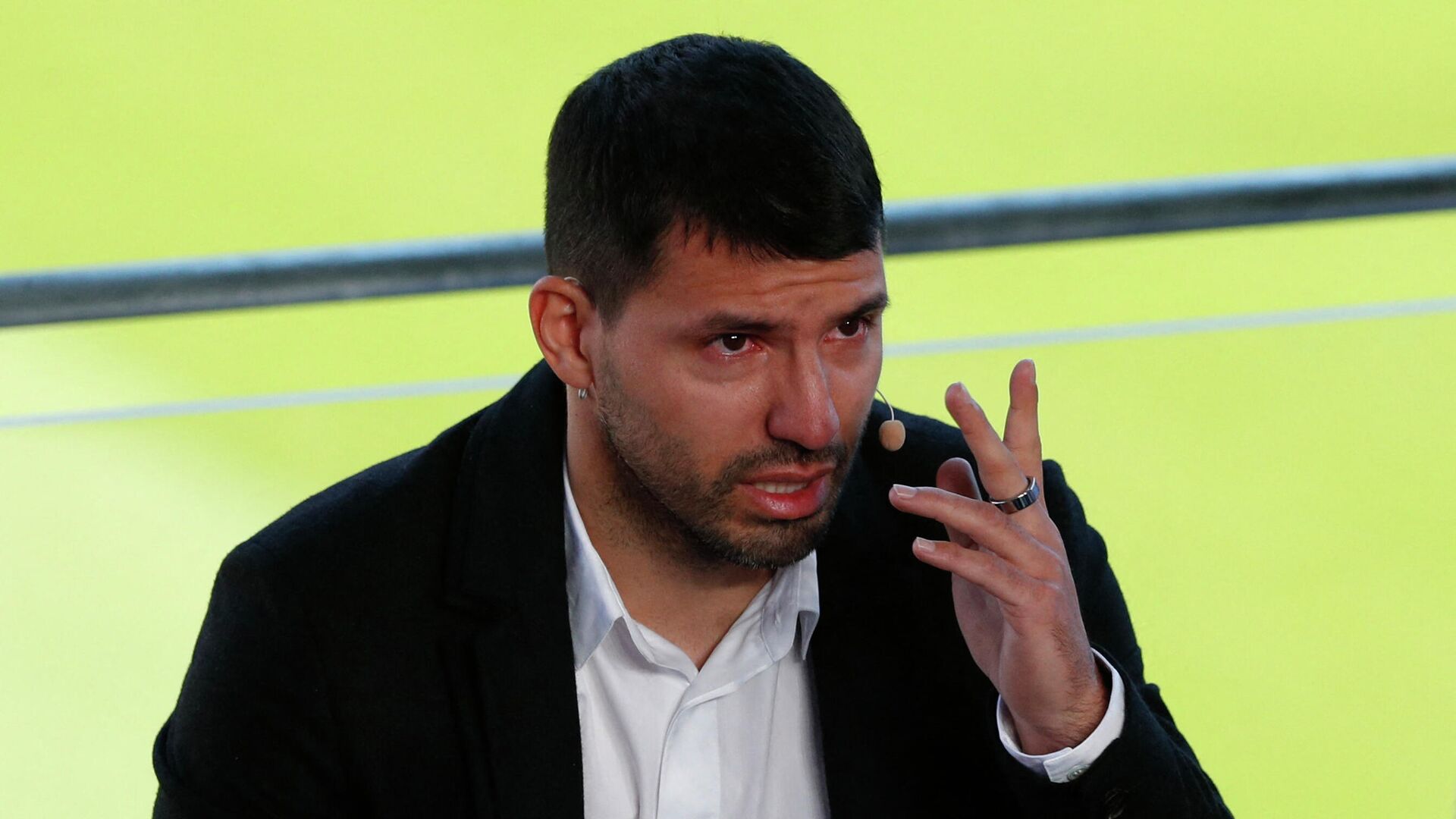 Max Gorbachev
All materialsWrite to the author
He rose to stardom while playing for Atletico Madrid, helping the club to win the UEFA Europa League and UEFA Super Cup, but it was in Manchester City, where he made himself a household name, earning the love of millions of fans across the globe. This year he joined Barcelona and was tipped to help the club return to its glory days.
Argentine national football team and ex-Manchester City star Sergio Aguero has announced his retirement from the sport due to a heart condition. Tearing up at a press conference he said: "My health comes first. Medical staff have told me it's best to stop playing and so I'm now leaving Barcelona and retiring from professional football".

"I want to tell everyone that I did everything possible."

"I want to share my gratitude to everyone, regardless of where I've played ... Atlético Madrid ... Manchester City ... Barça."

"Now a new stage of your life is starting and I am convinced that you are going to live it with a smile and with all the illusion that you put into everything. All the best in this new stage!!! I love you very much friend, I am going to miss a lot being with you on the field", Messi wrote

Segio Aguero suffered chest pains and breathing difficulties during a game against Deportivo Alaves on 30 October. He was subsequently diagnosed with a cardiac arrhythmia.

Reports said doctors initially told him to rest for three months, while getting treatment before another medical checkup revealed that the severity of his condition was greater than doctors previously thought. 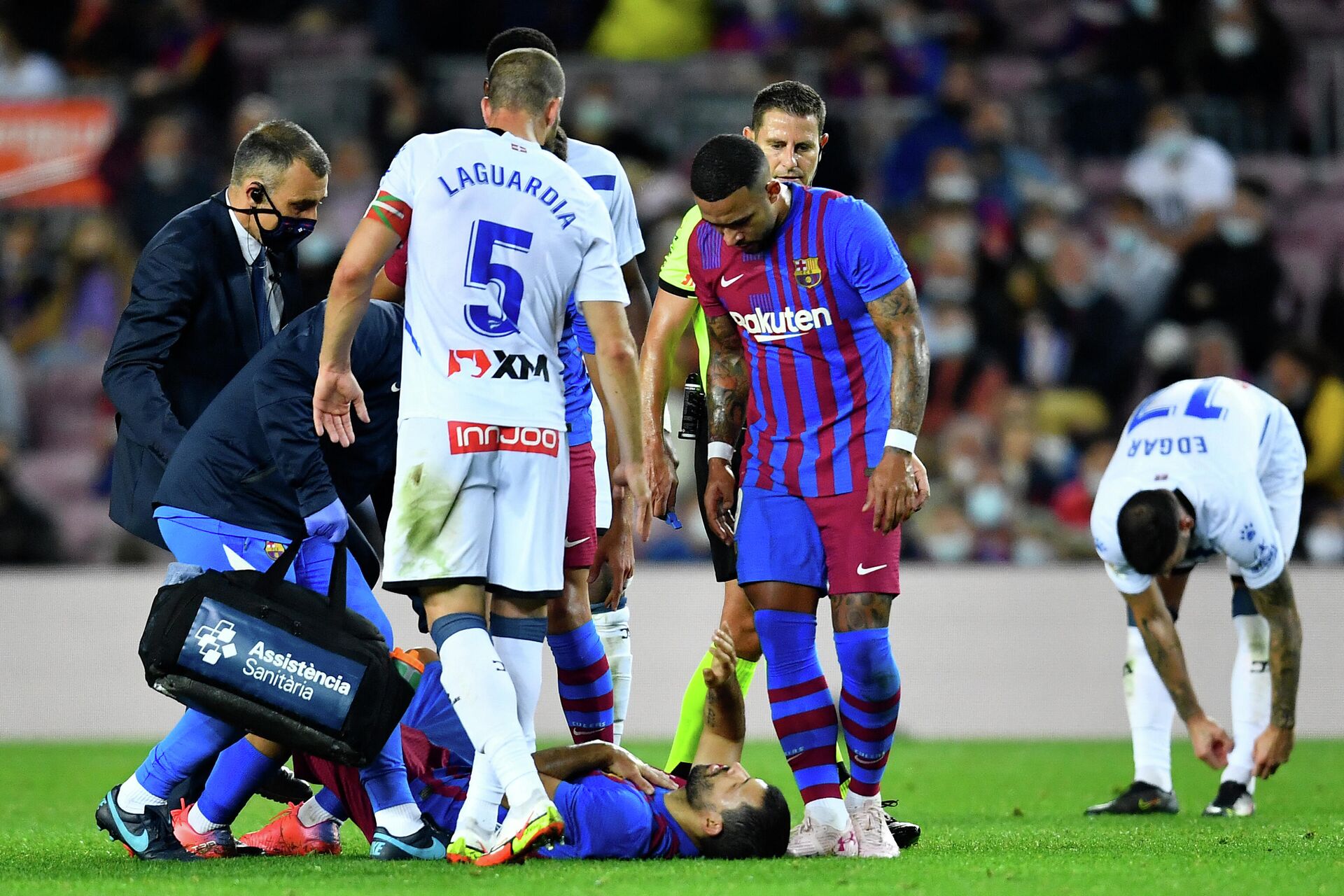 Considered one of the best strikers of his generation, Aguero rose to stardom in La Liga, where he played for Atletico Madrid. During his four-year stay in Spain the athlete scored 100 goals and provided 45 assists and led the club to three trophies, including the UEFA Europa League, UEFA Super Cup, and Copa del Rey.

At Manchester City, where the Argentine played from 2011 until the summer of 2021, he made himself a household name, earning the love of millions of fans across the globe. It was Aguero, who brought the club its first Premier League title during the last game of the 2011/12 season.

At the time, Manchester United and City had the same number of points, but the Blues were ahead on goal difference. However, things were not going well for the City – Man United won their game against Sunderland, while the Blues were about to finish the game against Queens Park Rangers in a 2-2 draw. A minute and a half before extra time expired the Argentine scored the winning goal, sending supporters to invade the pitch.

Whenever I think of Sergio Aguero it takes me back to that incredible title winning goal. CIt still gives me goosebumps. It’s such a sad way to end an unbelievable career. Take a bow Sergio ‘Kun’ Aguerrrrrrroooooo @ManCity greatest ever striker #CTID pic.twitter.com/rQbf1LRpWC

This was Manchester City's first Premier League title since their 1967/68 trophy. The Argentine then went on to become the Blues’ all-time top goalscorer (260 and 73 assists) and helped the club to win another four Premier League titles. In all, he won 15 trophies with the club and last year won a silver medal in the UEFA Champions League.

This year he won the Copa America with the Argentine national football team.

After moving to Barcelona this season, he was tipped to help the club return to its glory days. He played in four games and scored one goal before suffering the heart condition.