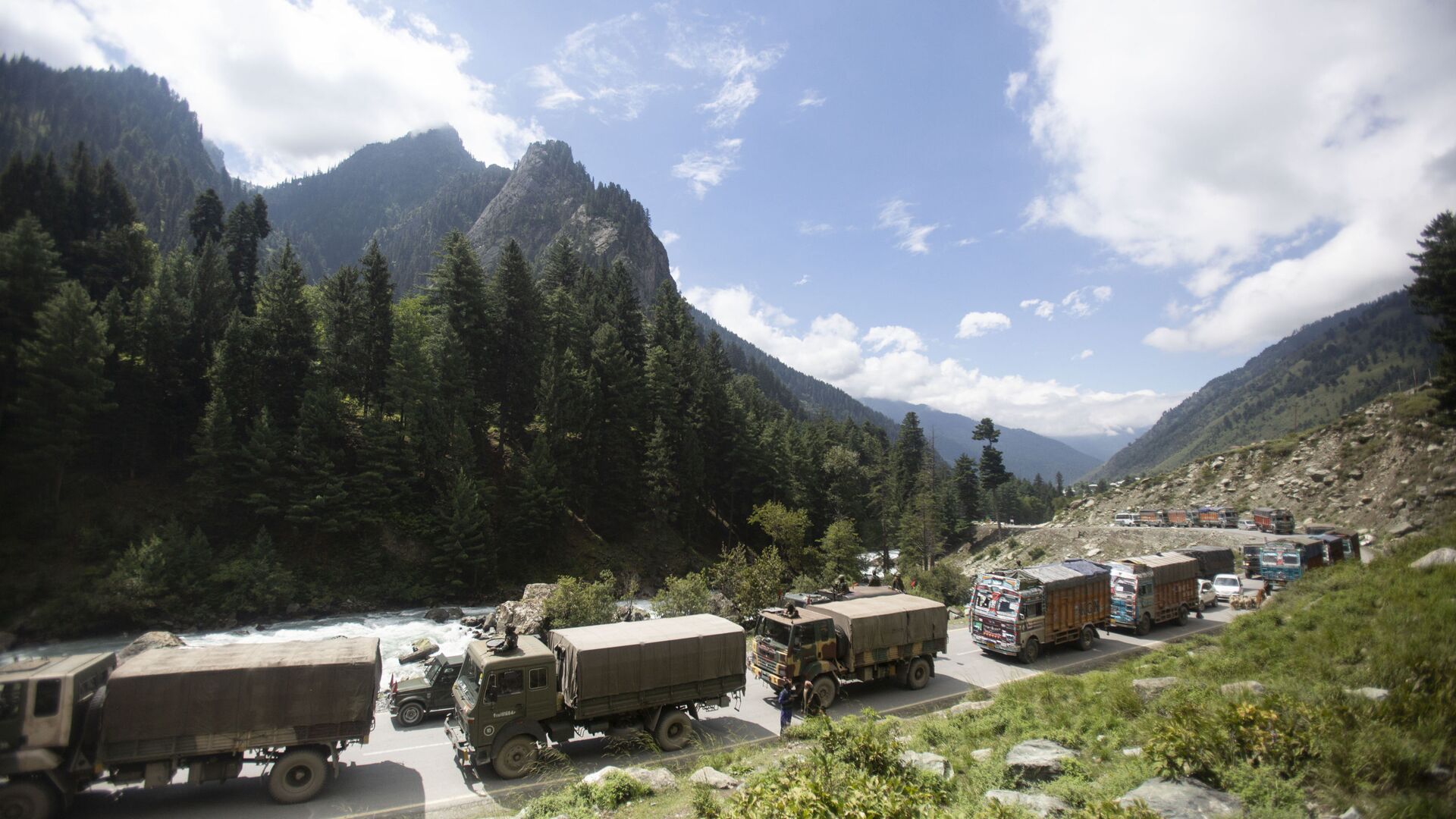 Priya Yadav
All materials
Nearly 20 Indian soldiers were killed in clashes with Chinese soldiers belonging to the People's Liberation Army on 15 June last year in a fierce combat in Ladakh's Galwan Valley along the Line of Actual Control. A year later the two countries are engaging in talks at both diplomatic and military levels to defuse the tensions.

A day after China's Foreign Ministry said that New Delhi had caused tensions along the Line of Actual Control (LAC) to worsen because of its "aggressive policies", India has shifted the blame onto China because of its amassing large numbers of troops near the border in violation of bilateral pacts.

On 23 June, Chinese Foreign Ministry spokesman Zhao Lijian had said the high level of troop and military equipment was a "normal defence arrangement" to prevent and respond to encroachment and threats on China's territory.

Responding to China's remarks in a media briefing on Thursday, Arindam Bagchi, a spokesman for India's Foreign Ministry, said: "It is well accepted that China's actions over the past year - including amassing a large number of troops near the border in the western sector and trying unilaterally to change the status quo along the LAC - have seriously disturbed the peace and tranquility in the border areas."

"These acts are in violation of bilateral agreements, including the 1993 and 1996 agreements that require the two sides strictly to respect and observe the Line of Actual Control and to keep their military forces in the areas along the LAC to a minimum level," Arindam Bagchi said while answering a question from Sputnik on the issue.

The Foreign Ministry's comments come shortly before diplomats from both countries are scheduled to hold a video conference and try to break the deadlock in talks between the military commanders on the two sides, and resolve the 14-month stand-off along the Line of Actual Control in eastern Ladakh.

India's Foreign Minister, Subrahmanyam Jaishankar, expressed his worry on 22 June over "close up deployments by China, especially in Ladakh". "The issue is whether China will honour written commitments about both countries not deploying a large armed force at the border," he said.

The process of troop disengagement between the People's Liberation Army (PLA) and the Indian Army in eastern Ladakh was derailed after Beijing refused to withdraw troops from two disputed areas at the 11th round of military-commander meetings on 9 April.