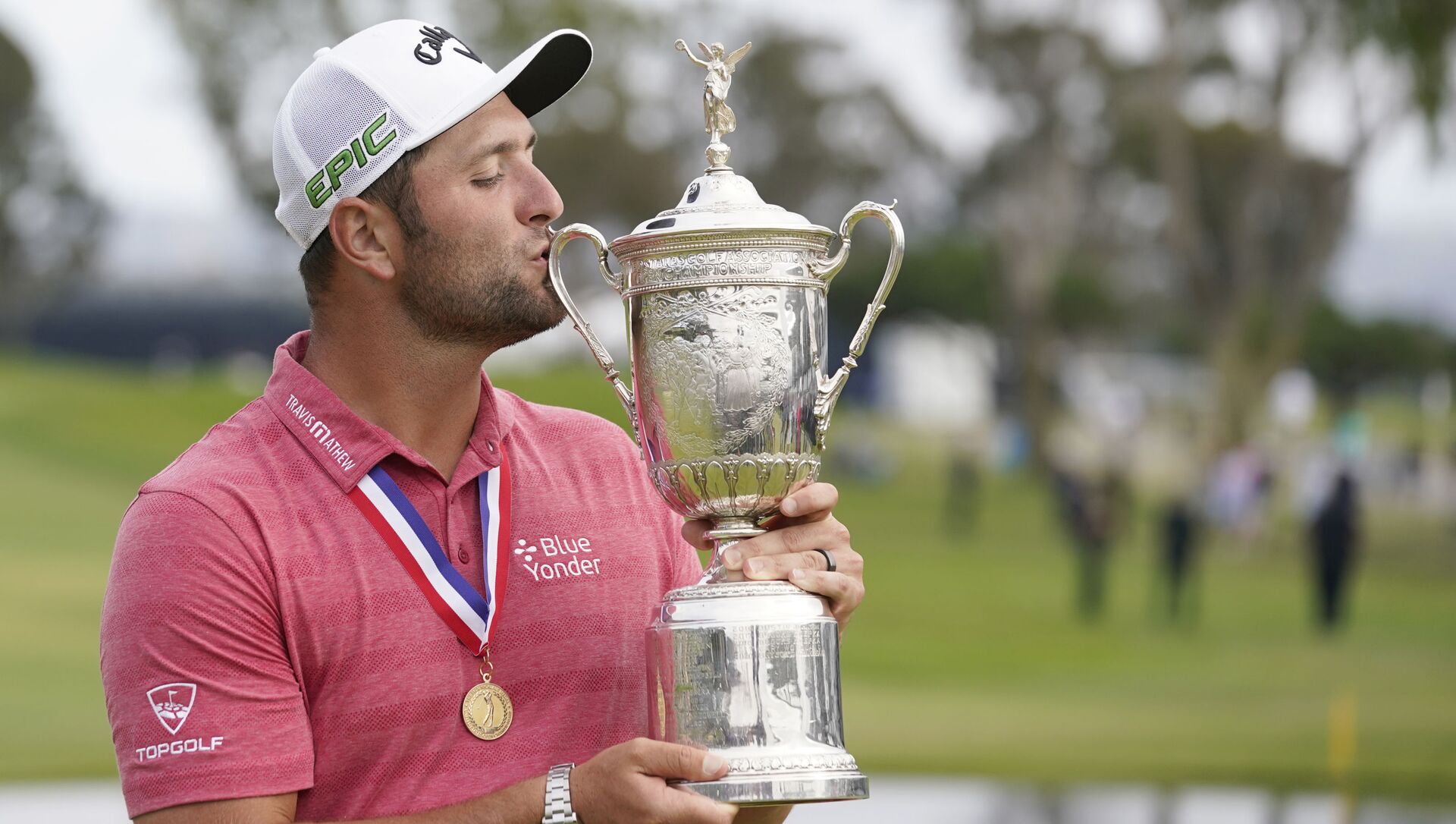 Alexandra Kashirina
All materialsWrite to the author
The finals were held on 20 June, as much the world celebrated Father’s Day. Spanish golfer Jon Rahm walked off the 18th green holding his 3-month-old son to celebrate his victory.

Jon Rahm on Sunday became the first Spanish champion of the US Open, held at Torrey Pines Field in San Diego, California.

The golfer performed 67 shots, making five birdies and one mistake. Rahm also did a birdie with mid-distance putts on holes 17 and 18.

The Spaniard ended one stroke ahead of South African golfer Louis Oosthuizen. The latter had a two-stroke advantage at one point during the final round, but made bogies on the 11th and 17th holes.

Rahm. 26, has become one of the strongest golfers on the planet, after he won the Memorial Tournament, becoming the second Spaniard to reach the top world ranking, after the late Seve Ballesteros.