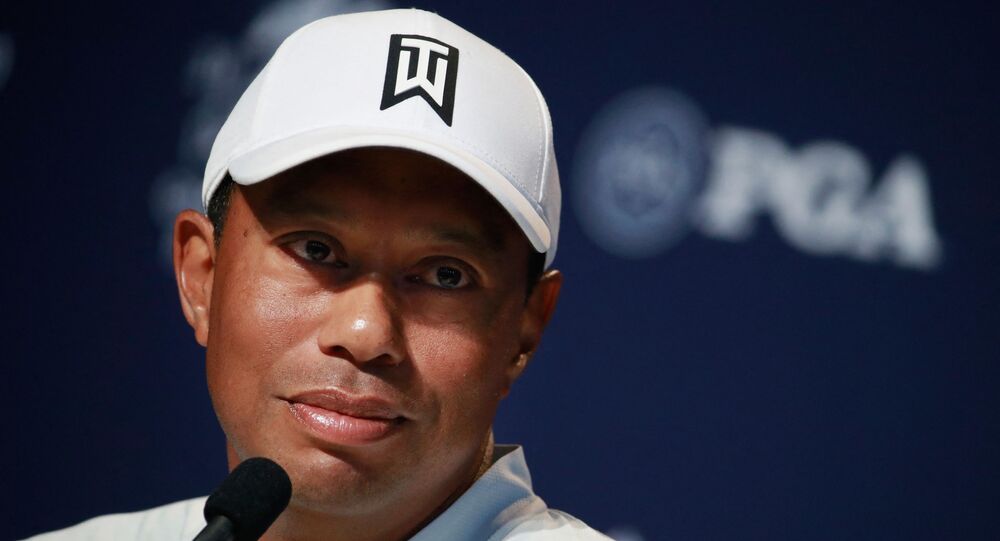 The upcoming documentary had been filmed before the professional golfer suffered a devastating car accident that left him with open leg and ankle fractures.

Tiger Woods, professional US golf player, has shared his struggles about his "inner demons" in a new documentary titled GOAT: The Greatest of all Time” which will air on Sunday, People magazine reported.

In the film, excerpts of which were obtained by the magazine, the golfer reminisced about the early successes of his professional career when he became the youngest to win the Junior World Championships.

"[It] showed me that I could play against the world’s best, even though I was only eight years old”, Woods, now 45, said.

Nevertheless, with glory came greater challenges, Woods pondered, as golf is a sport where "no one’s gonna bail [you] out".

"I have to overcome all my inner demons to perform... It’s not like … [you can have] a bad game and just sit out. We’re stuck out there by ourselves. And you have to figure it out. And that’s the difficulty about our sport, is no one’s gonna bail us out," the golfer remarked.

The documentary is being released just after the legendary golfer made headlines suffering multiple injuries to his right leg because of a horrific car accident on 23 February. The golf star has yet to make any comment about his future career.