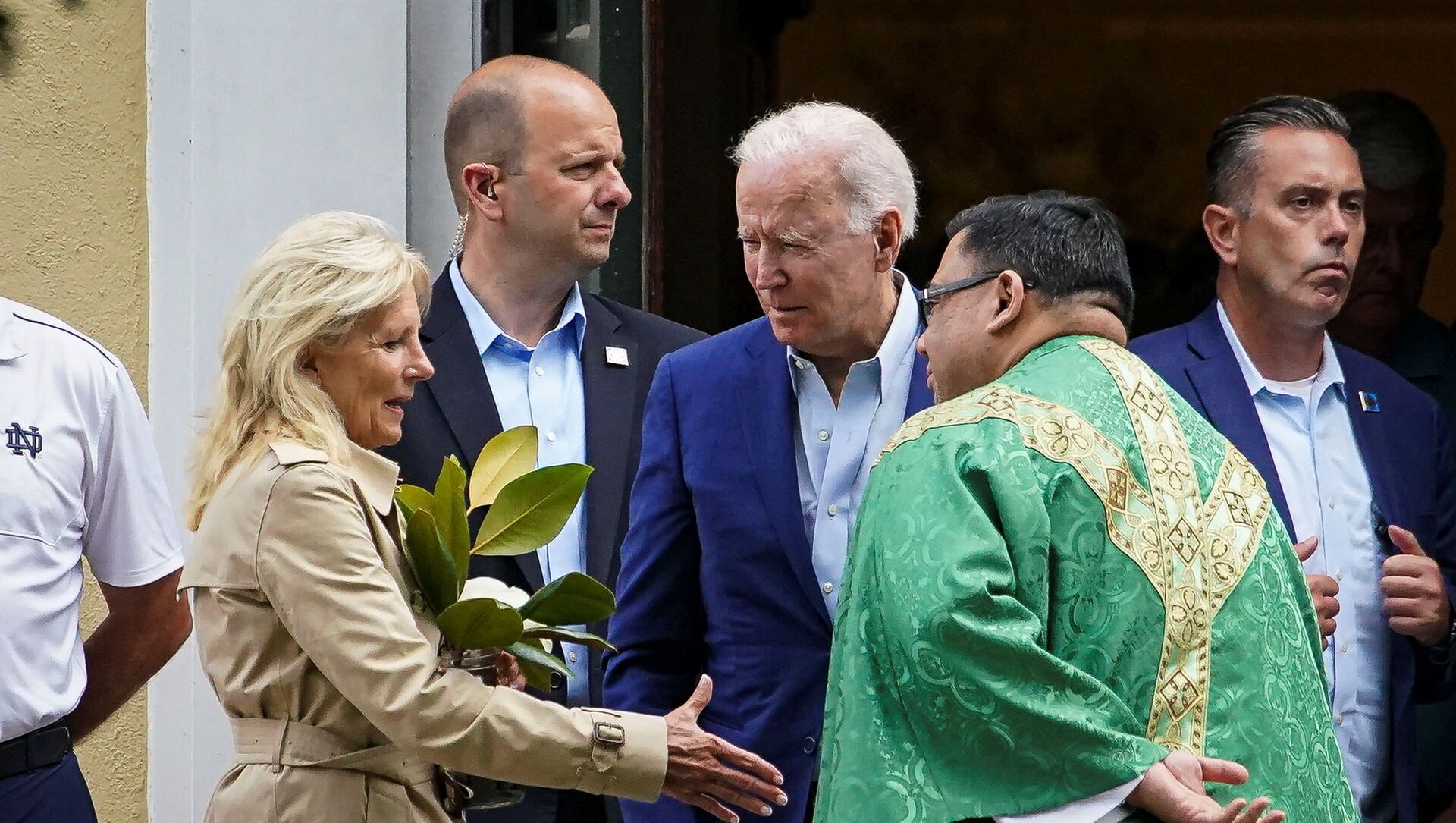 US President Joe Biden will continue to attend church despite a majority of US Catholic bishops reportedly backing a ban those who support abortion from taking holy communion.

The Democrat leader, who has frequently stressed his Roman Catholic faith, has downplayed the significance of last week's vote by clergymen to review the conduct of mass — which White House spokeswoman Jen Psaki insisted on Monday he would keep attending.

"He goes to church, as you know, nearly every weekend. He even went when we were on our overseas trip," Psaki said. "But it’s personal to him. He doesn’t see it through a political prism, and we’re not going to comment otherwise on the inner workings of the Catholic Church."

"That’s how many Americans see their faith as well, not through a political prism," she said. "So I would suspect he will continue to attend church, as he has for many, many years."

The US Conference of Catholic Bishops (USCCB) ignored the Vatican's advice to vote by almost three-to-one last week for the drafting of a new doctrine on "coherence" in the Eucharist, the act of becoming one with Christ during mass through the consumption of blessed bread and wine.

That move has been widely interpreted as a prelude to excluding those who support the right to abortion — a central Democrat issue for decades — from receiving the communion at mass.

"That’s a private matter," Biden said in dismissing the vote on on Friday,  "and I don’t think that’s going to happen."

Snubbing Vatican's Advice, US Catholic Bishops Vote to Deny Biden Eucharist for Abortion Support
Bishop of Syracuse, New York, Douglas John Lucia wrote for the Independent Catholic News on Saturday that the vote had been misrepresented by the media, insisting the true purpose of the document was to "welcome Catholics back to Mass after the pandemic and to accompany the Eucharistic Revival project that will begin in the US Church next summer".

Lucia said the document was "only in its drafting stage and will be accompanied by consultation with a variety of persons including politicians".

Biden's predecessor Donald Trump won the support of conservative Catholic groups with a pledge to cut federal funding for family planning provider and lobbying group Planned Parenthood. The organisation has sparked controversy in the past for paying for partisan canvassing in favour of the Democrats, while some accuse it of working to reduce the birth-rate among poor black people.

Biden also frequently claims to be Irish — despite having a French surname and hailing from Pennsylvania, a US state historically populated by German settlers.

Opposition to abortion in the US has become more strident in recent years, with several state legislatures passing laws restricting access in a challenge to the US Supreme Court's 1973 Roe vs Wade judgement.