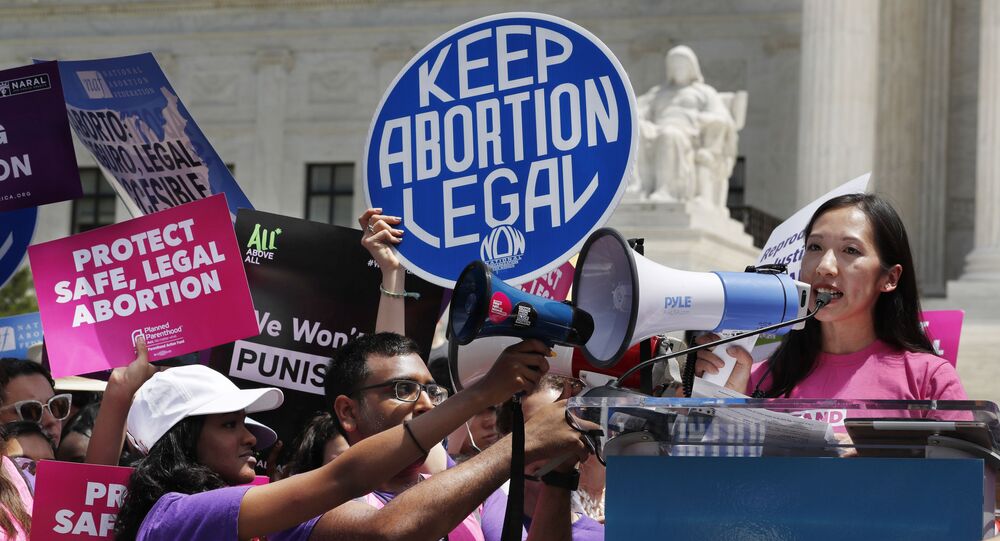 Earlier this week more than 100 black public figures, including two Democratic Party congresspeople, wrote an open letter to Planned Parenthood accusing the organisation of racism and targeting black communities. They claimed more black foetuses are aborted in some cities than are born alive.

US President Donald Trump has pledged to cut all federal funding to "big abortion industry" groups including Planned Parenthood.

In a letter to anti-abortion leaders and activists, Trump burnished his credentials as "the most pro-life president in our nation's history" in a bid to garner votes in his election race against Democratic Party candidate Joe Biden.

"As I seek re-election this November, I need your help in contrasting my bold pro-life leadership with Joe Biden’s abortion extremism," he wrote. "The Democratic Party unequivocally supports abortion on-demand, up until the moment of birth, and even infanticide - leaving babies to die after failed abortions."

And he promised to keep "filling the Supreme Court and lower courts with judges" who will "not legislate an abortion agenda from the bench."

Catholics For Trump executive directer Catherine O'Neill hailed the president's promise in a tweet, thanking him for is "unwavering defense of life."

​But Planned Parenthood hit back in a tweet, accusing Trump of "attacking your health care" and harming 2.4 million people seeking "preventative care."

The family planning group is no stranger to controversy however. Despite receiving federal government funding, the non-profit organisation acts as a political lobby group and spent $30 million canvassing voters in favour of Democrat Hillary Clinton's failed 2016 presidential bid, and the same amount in 2018 to drum up votes for "progressive" candidates in the 2018 mid-term Congressional elections.

© REUTERS / CARLOS BARRIA
US Supreme Court Rules in Favor of Challenge to Louisiana Abortion Clinic Restrictions
Last year Planned Parenthood announced it would spend $45 million to influence the outcome of November's presidential election. The group insists its political campaigning funds are raised from private donors, not the taxpayer, and ringfenced for that purpose.

The Human Coalition Action letter claimed to voice "the outrage among the Black community that we have been strategically and consistently targeted by the abortion industry ever since the practice was legalized almost 50 years ago," executive director Reverend Dean Nelson said.

“Black women are five times more likely than white women to receive an abortion," the letter read. "In some cities, like New York, more Black children are aborted every year than are born alive.”

"This is no accident," it said, stressing that "79 percent of Planned Parenthood’s surgical abortion facilities are located in or near communities of color."

In July Planned Parenthood of Greater New York removed Sanger's name from its Manhattan clinic over her support for eugenics, the belief that the human species can be improved by removing undesirable traits from teh gene pool.

That came after the staff forced the resignation of New York CEO Laura McQuade in June over allegations she ignored "systemic racism" in the organisation. "Planned Parenthood was founded by a racist, white woman," their petition read.

“In 50 years, there’s been 22 million — over 22,500,000 — black people aborted strategically and on purpose," he claimed. "Planned Parenthood was set up and placed in minority communities to kill black people.”

The landmark 1973 Supreme Court decision in the case of Roe versus Wade struck down state and federal legislation preventing women from seeking an abortion, effectively enshrining it as a right.

Is Kim Kardashian Okay With Kanye's Stance on Abortion and Vaccination?