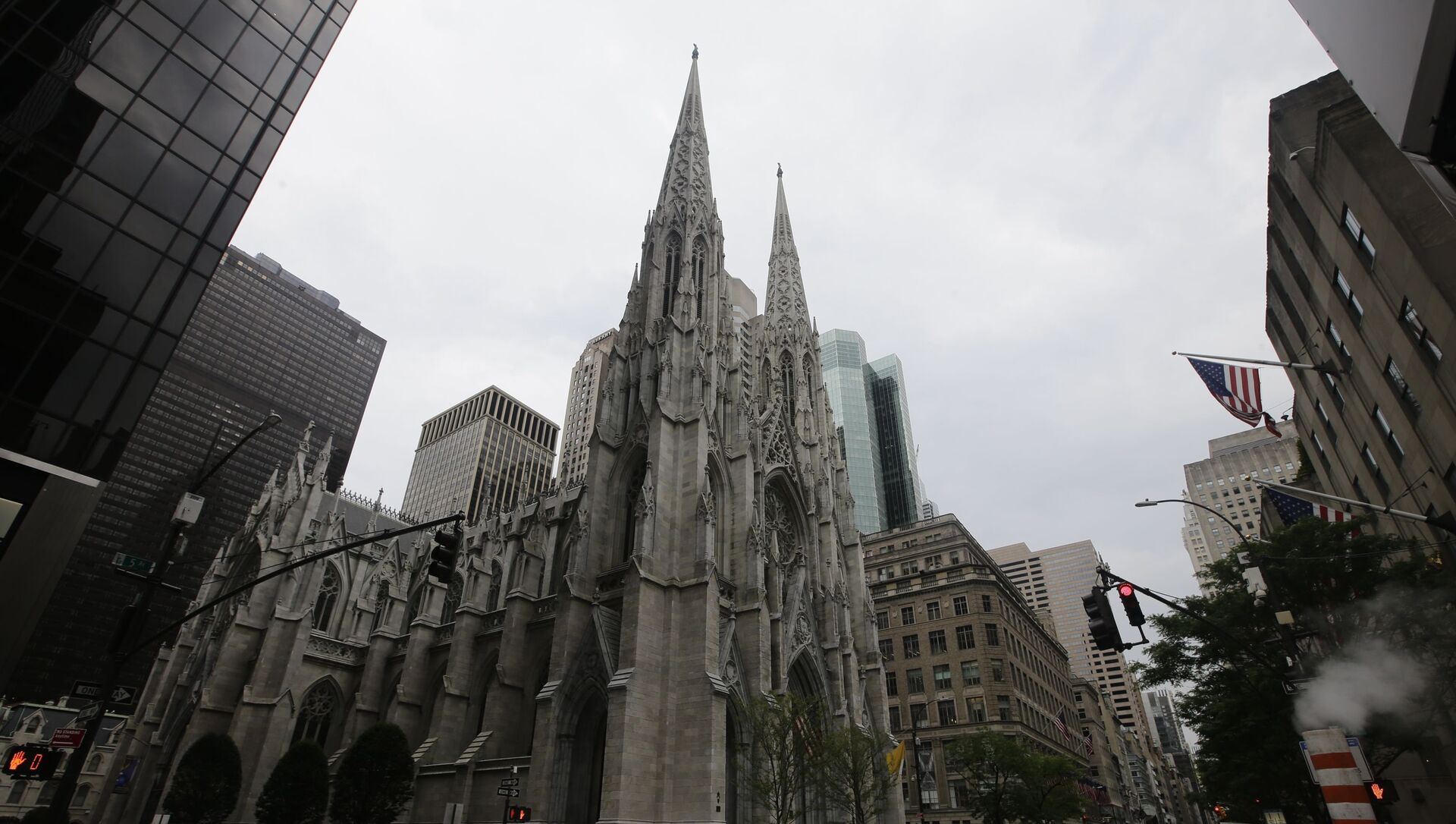 Morgan Artyukhina
All materialsWrite to the author
Conservative Catholics in the US have been building momentum against their liberal counterparts for some time, attempting to deny communion to Rep. Nancy Pelosi (D-CA) and then-Vice President Joe Biden for their pro-choice policies as early as 2013, when Francis was inaugurated as pope.

In a Thursday vote of 168 to 55, the US Conference of Catholic Bishops voted to draft what they called a "teaching document" that would authorize American bishops to withhold the Eucharist from politicians who support or defend abortion rights. The move is widely interpreted as a rebuke of US President Joe Biden.

The document is reportedly intended as a rebuttal to Catholic politicians not politically implementing the teachings of the Church, which strongly opposes abortion.

According to the Associated Press, the conference was advised last month by the Holy See to proceed carefully and deliberately, and earlier this month, Pope Francis preached that receiving the Eucharist "is not the reward of saints, but the bread of sinners".

The rite is among the most important in Christianity, a sacrament symbolising the Passover meal Jesus enjoyed with his disciples shortly before being crucified, and, more broadly, the new covenant Christians believe they forged with God by choosing to follow Jesus instead of remaining Jews.

"The concern in the Vatican is not to use access to the Eucharist as a political weapon", Antonio Spadaro, an Italian Jesuit priest who is politically close to Francis, told The New York Times.

However, in 2013, Francis directed Argentine bishops to do just that.

"[People] cannot receive Holy Communion and at the same time act with deeds or words against the commandments, particularly when abortion, euthanasia, and other grave crimes against life and family are encouraged", Francis wrote just months after being selected pontiff. "This responsibility weighs particularly over legislators, heads of governments, and health professionals".

Biden is Catholic and personally opposes abortion, but has supported women's right to have one because he doesn't feel his personal religious beliefs should be imposed on others.

"It's a private matter, and I don't think that's going to happen", he told reporters on Friday when asked about the decision.

REPORTER: Catholic bishops are moving on [a resolution to prevent people] who've supported abortion from receiving Communion. Are you concerned about the rift in the Church and how do you feel personally…?

​Catholics in America are sharply divided on the issue. While 56% support legalised abortion, about two-thirds of those who regularly attend Mass don't, according to a March poll by Pew.

Polls also show Catholics are split by the issue along party lines. Another Pew poll shows that 55% of Catholic Republicans think Biden should be denied communion, while 87% of Catholic Democrats don't.

Democrats have also mounted increasing pressure on Biden to take action in defence of abortion rights as Republicans, motivated by Biden's defeat of Donald Trump and the shifting of both houses of Congress to nominal control by the Democrats, have rushed to introduce a wave of anti-abortion bills.

According to a 7 June count by the Guttmacher Institute, 561 abortion restrictions, including 165 abortion bans, have been introduced in 47 state legislatures in 2021 alone, 83 of which have been enacted. The latest, signed into law on Wednesday by Texas Governor Greg Abbott, would automatically ban abortion in the Lone Star State if the US Supreme Court were to overturn its 1973 ruling in the Roe vs. Wade case.

That followed another abortion restriction bill signed into law last month by Abbott that banned getting an abortion as early as six weeks after conception. Opponents have derided the bill as a de facto ban on abortion, since it would only leave as little as two weeks after a missed period - when most women would begin to suspect they were pregnant - before aborting the pregnancy would become illegal.