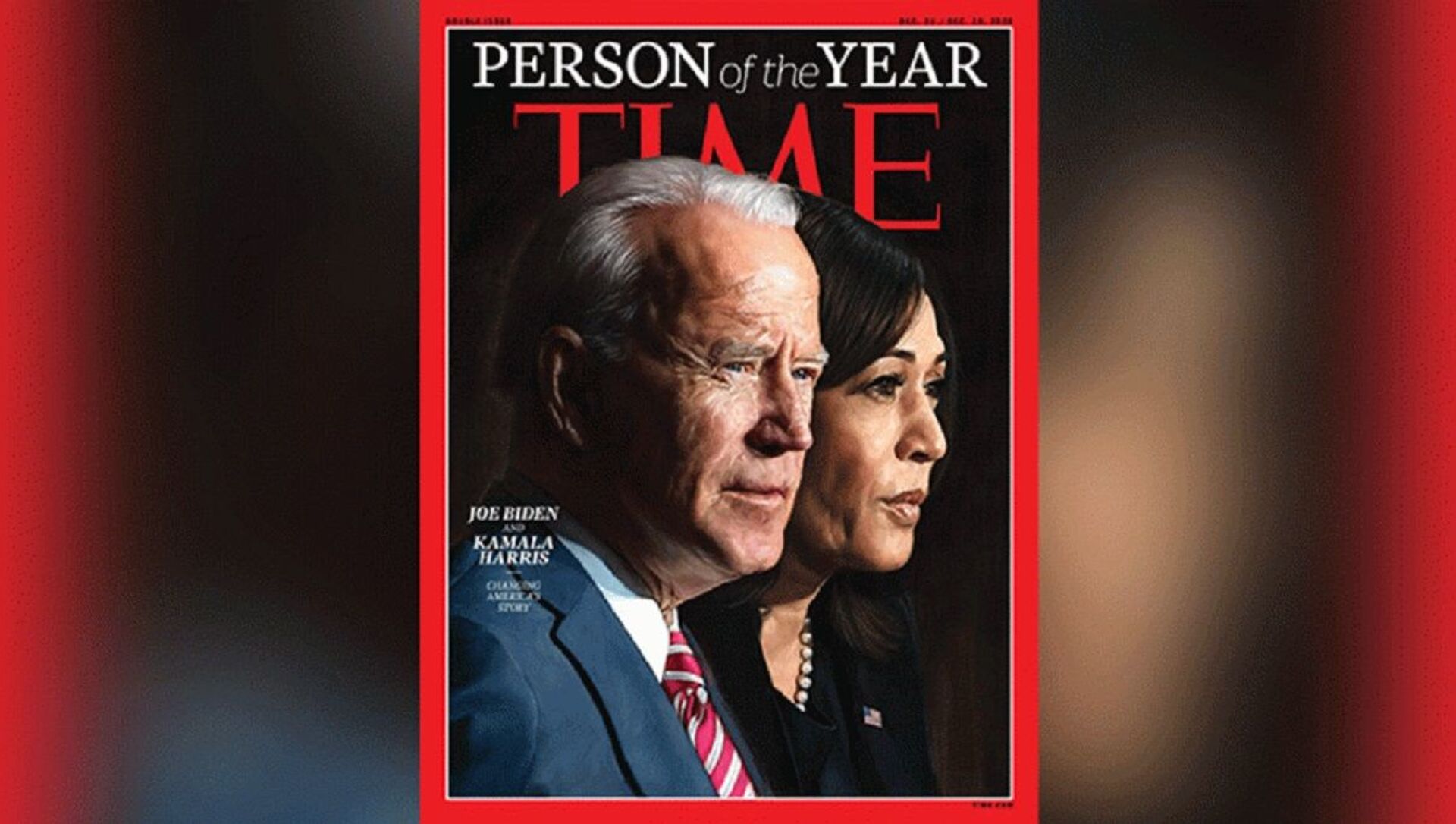 Max Gorbachev
All materialsWrite to the author
The development comes three days before the 78-year-old US president holds talks with his Russian counterpart Vladimir Putin in Switzerland. Ahead of the meeting, Biden said he would be tough on the Russian head of state. "I’ll let him know what I want him to know", the Democrat said.

Time Magazine has been ridiculed online for the cover of its newest edition, featuring US President Joe Biden. In the image, the politician is wearing aviator glasses with Russian President Vladimir Putin seen in the reflection. "Taking on Putin", reads the title of one of the articles, a reference to the upcoming meeting between the two heads of state.

​The cover quickly went viral and sparked a torrent of sarcastic and negative comments. US investigative journalist Glenn Greenwald called it "stupid" and accused the magazine of depicting international relations as two adolescents competing over who boasts a more macho look.

The US media constantly depicts complex relations between countries as some adolescent competition about which President can be more macho and stare down the other one, like 12-year-olds playing a staring game.

​Other netizens thought that the cover was made by some satirical media outlet and noted that the days of the Cold War are long gone.

Lmao. Is that parody or real? Taken from Rocky IV?

Time is stuck in the 70s, we are no longer in the Cold War

​Many came up with their own versions of the cover.

Wasn't this the cover? pic.twitter.com/npdTFmIj3B

​Still others mocked the title of the article "Taking on Putin".

​One user suggested that the cover sends the wrong signal about Biden's attitude towards Putin.

​As previously mentioned, Biden and Putin will hold negotiations in Geneva on 16 June. The Kremlin said it expects the two to discuss bilateral relations, which Vladimir Putin earlier said are at their lowest point in years, as well as strategic security. Russian Foreign Minister Sergei Lavrov warned against expecting breakthroughs during the upcoming summit.

The White House, in its turn, said it expects that the two leaders will hold talks on Ukraine, the New START Treaty, Iran, and Belarus. Biden himself promised to get tough on Putin and press the Russian president on human rights issues as well as recent cyberattacks on US companies, which Washington blamed on Moscow. Kremlin spokesman Dmitry Peskov said that Putin wants to improve US-Russia ties, but noted that it would only be possible with mutual understanding and consideration of each other's interests