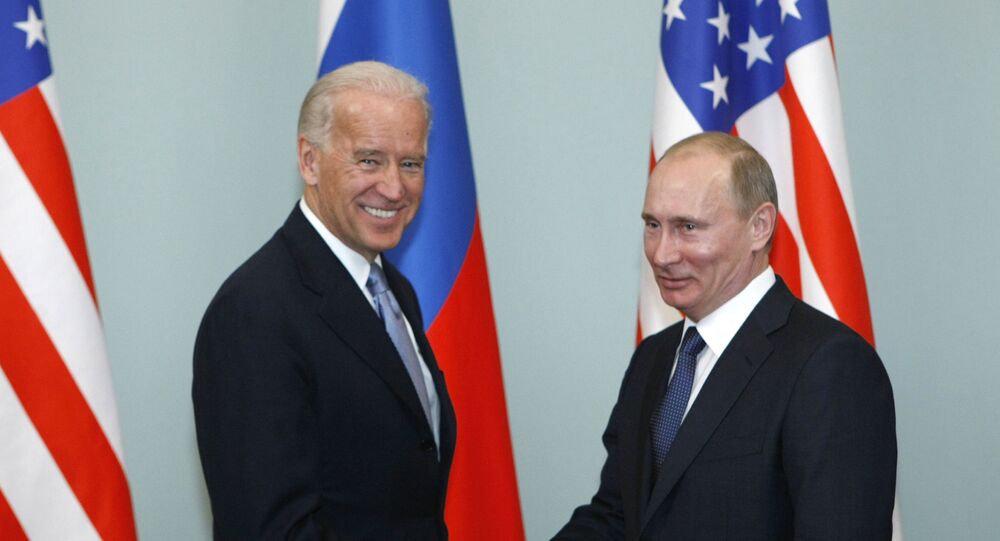 Biden Willing to Hold Cyber Criminals Accountable in the US if Russia Reciprocates, Sullivan Says

The summit between the two presidents is expected to take place in Geneva, Switzerland on 16 June, and it will be their first meeting since Joe Biden's inauguration earlier this year. Regional conflicts in Syria and Libya, global security threats, and environmental issues are expected to be on the agenda.

According to Sullivan, Biden did not talk about handing over or exchanging hackers with Russia, instead he put a premium on accountability.

Thus, Biden is willing to show cyber criminals are held accountable in the US if Putin offers the same for Russia, Sullivan explained.

Earlier, Biden agreed to consider Putin's proposal to exchange cyber criminals amid a wave of ransomware attacks across the US that the American authorities have repeatedly blamed on hackers residing in Russia.

POTUS made the remarks during a press conference following the third and final day of the G7 summit in England. He suggested that the Russian president's idea was "potentially a good sign", and claimed that if US-based hackers were to perpetrate a crime against Russia, he would hold them accountable.

Biden also appeared to share his Russian counterpart's assessment that the bilateral relations are at a low point.

"We're not looking for conflict. We are looking to resolve those actions that we think are inconsistent with international norms, number one. Number two, where we can work together. We may be able to do that in terms of some strategic doctrine that may be able to be worked together. We're ready to do it", the US president said, pointing out that Russia and the US could work together on climate.

US President Joe Biden also pledged to be "very straightforward" with Putin during their negotiations in Geneva on 16 June.

"The bottom line is that I think the best way to deal with this is for he and I to meet, he and I to have our discussion. I know you don't doubt that I'll be very straightforward with him about our concerns, and I will make clear my view of how that meeting turned out, and he'll make clear from his perspective how it turned out".

Putin earlier stated that Moscow would be ready to hand over cyber criminals to the US if Washington reciprocates.

"The issue of cybersecurity is one of the most crucial today. Because any shutdowns of entire systems lead to very grave consequences. [...] If we agree on the extradition of the criminals, then Russia, of course, will do it - but only if the other side (in this case, the United States) agrees to do the same and will extradite similar criminals to the Russian Federation", he stressed.

The US has accused hackers "with ties to Russia" of carrying out recent hack attacks against the Colonial Pipeline and a major Brazilian meat producer's US subsidiary, without providing evidence to back up its claims. Russia denies that it engages in hacking attacks against the US, and has proposed expanding cyber cooperation. Meanwhile, US Secretary of State Antony Blinken announced last week that Washington was working to build an international coalition to hold countries harbouring ransomware hackers accountable.

The Biden administration slapped sanctions on Russian companies and entities earlier this year, after accusing Moscow of being behind the SolarWinds hacks. Washington never provided any evidence to corroborate its claims and prove Russian involvement in hacking attacks against the US or American companies. Moscow has repeatedly rejected allegations that it played any role in the SolarWinds hacks. Kremlin spokesman Dmitry Peskov, for his part, stressed that "any accusations of Russia's involvement are absolutely unfounded and are a continuation of the kind of blind Russophobia that is resorted to following any incident".

'Toning Down Negative Rhetoric' Ahead of Geneva Summit

Earlier in the day, Putin also stated that there is a range of global issues on which Moscow and Washington should cooperate, noting the sides need to restore direct contacts.

"Before high-level events, both sides are always trying to tone down some negative rhetoric in order to create an appropriate favourable environment for work. There is nothing special here, I would not delude myself with anything. This is a professional approach".

At the same time, he said that the US decision to agree on extending the New START treaty was "a professional step".

"The new administration led by President [Joe] Biden, firstly extended the New START treaty. I think this is a very important step ... On the part of President Biden, this is a demonstration of professionalism, of course", Putin stated.

Earlier this week, the White House confirmed media reports saying that Biden had decided to hold a separate press conference after the talks. Biden also expected to deliver "a strong message" to Putin, according to various reports, with Washington confirming that POTUS won't be afraid to bring up "thorny" issues between the two countries during the meeting.

A person familiar with the planning of the talks told NBC on Saturday that Biden is expected to present a contrasting image to that of former US President Donald Trump following his first summit with Putin.

White House officials did not specify whether there would be a smaller group or larger group meeting between Biden and Putin, or if there would be a one-on-one sit-down without aides or advisers.