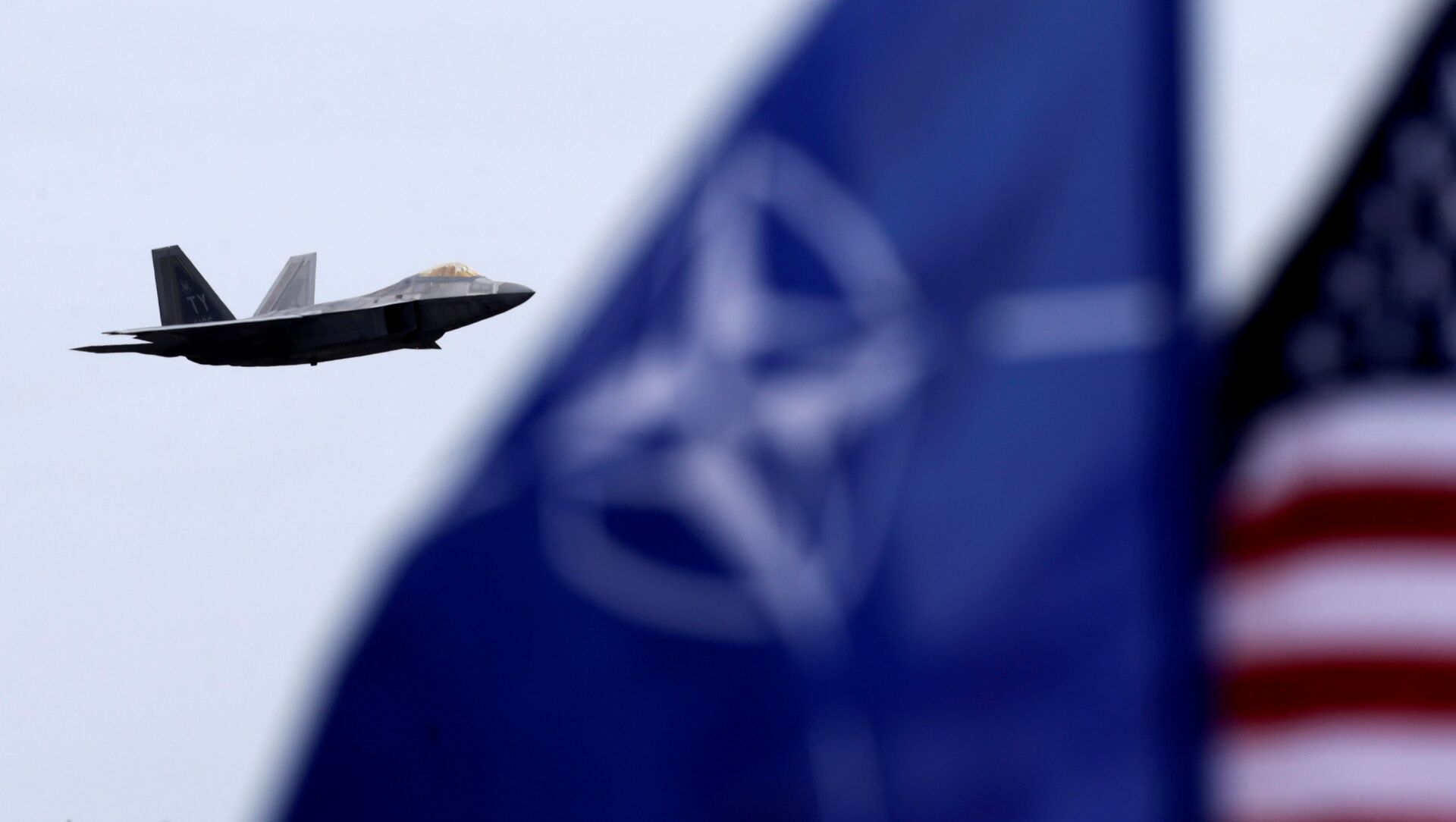 Morgan Artyukhina
All materialsWrite to the author
As Ukraine pushes for acceptance into the NATO alliance seven years after a US-backed coup brought a right-wing, pro-Western government to power, Washington is pushing other NATO allies to boost their military budgets even further in an attempt to bring maximum pressure against Moscow.

US national security advisor Jake Sullivan told reporters Monday that US President Joe Biden will emphasize the importance of burden-sharing in the NATO alliance and for allies to contribute to NATO exercises and operations at a NATO summit next week.

Later this week, Biden will travel to Europe for meetings with US allies and partners, as well as with Russian President Vladimir Putin, but before he leaves, Biden is hosting NATO Secretary-General Jens Stoltenberg at the White House later on Monday.

Summarizing their meeting topic as well as the forthcoming NATO summit, White House Press Secretary Jen Psaki said on Friday it would include “reinforcing transatlantic security in the face of challenges from Russia and China” as well as “adapting NATO to address threats like cyberattacks and climate change, while continuing to ensure a more equitable sharing of responsibility among Allies.”

Burden-sharing between NATO allies was not created by former US President Donald Trump - that was his predecessor, Barack Obama, under whom Biden served as vice president. It was Trump who used the pledge by NATO members to spend 2% of their gross domestic product on defense as a bludgeon to reduce US costs in overseas operations. In February, Stoltenberg said he hopes to see fairer burden-sharing as part of his proposed NATO 2030 initiative.

“Spending more money together will be an expression of the strength of our commitment under Article 5, the promise to defend each other. It will also contribute to a fairer distribution of burdens,” Stoltenberg told Norway’s state-owned outlet NRK at the time. 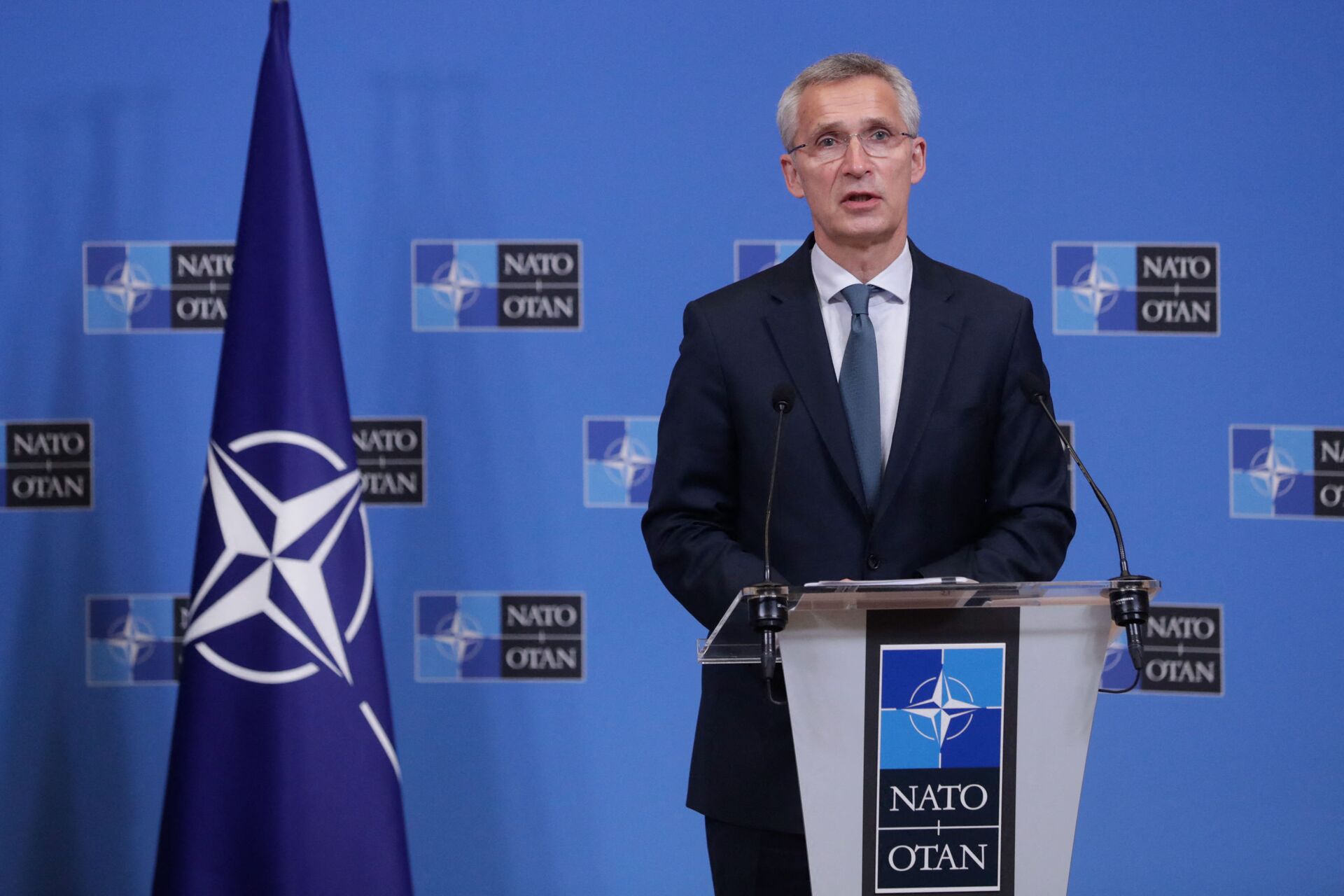 Stoltenberg: NATO Does Not See China as Adversary, Will Include Beijing in New Strategy
© AFP 2022 / STEPHANIE LECOCQ

The US has by far the largest military budget of the NATO alliance, to say nothing of the rest of the world, spending 3.7% of its GDP on the military. However, the Pentagon’s budget constitutes 39% of all defense spending by all countries on the globe, according to April 2021 data by the Stockholm International Peace Research Institute (SIPRI).

Biden also had a phone call with Ukrainian President Volodymr Zelenskyy on Monday, which Sullivan said gave them “an opportunity to talk  at some length about all of the issues in [the] US-Ukraine relationship” before Biden meets Putin next week in Geneva, Switzerland.

The security advisor said Biden told Zelenskyy the US would stand up firmly for Ukraine’s sovereignty, territorial integrity and its aspirations as the two countries go forward - a reference to the US’ support of Kiev’s bid to join the NATO alliance.

On Monday, US Deputy Assistant Secretary of Defense Laura Cooper said at an event in Ukraine that the former Soviet republic could join the NATO alliance “in the next decade or so,” provided Kiev carries out the reforms necessary to satisfy admission.

Biden’s first meeting of his European trip will be with leaders of the G7 nations in Cornwall, England, beginning on Friday, before travelling to Brussels for a NATO summit on June 14, then to Geneva for a summit with Putin on June 16.

The US has long maintained without proof that Moscow is responsible for supporting the breakaway republics in eastern Ukraine, where Russian-speaking minorities rebelled against the right-wing nationalist government that came to power in Kiev in a US-backed coup in early 2014. The US similarly refuses to recognize Crimea’s secession from Ukraine in 2014 for the same reasons and its subsequent democratic referendum to be annexed by Russia, claiming the move was an aggressive territorial grab and using it as a pretext for a massive new buildup of NATO forces along the alliance’s eastern frontier. 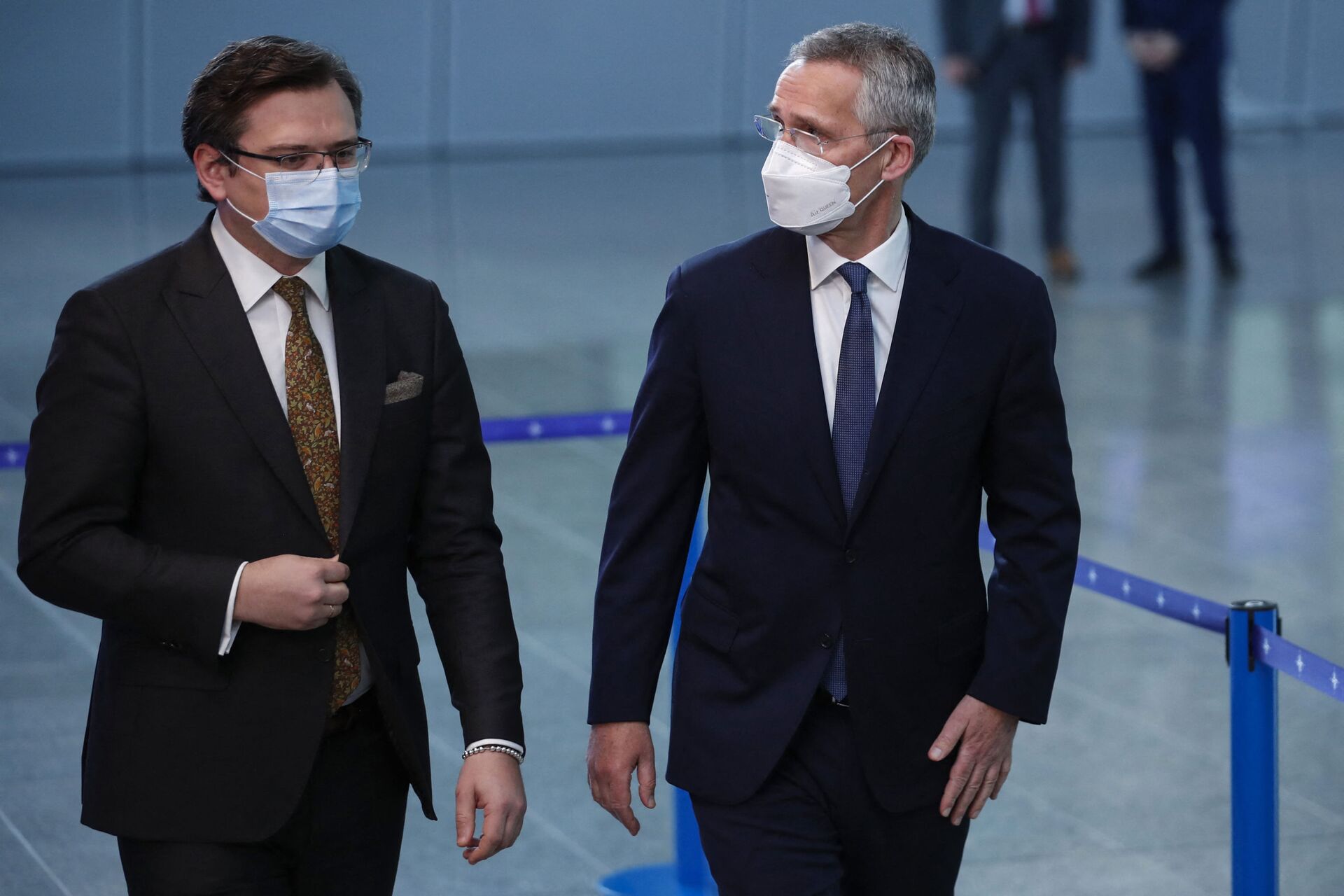 More recently, a wave of cybercrime targeting US corporations and government agencies has been blamed on Russia by US intelligence services. Sullivan said Monday that at the G7 summit, leaders would discuss “how to deal with increasing the robustness and resilience of our defenses against ransomware attacks collectively ... and then finally how we collectively speak with one voice to those countries, including Russia, that are harboring or permitting cyber criminals to operate from their territories."

Moscow has denied responsibility for the attacks, saying that the claims are “unfounded and look more and more absurd,” and that they are a “false flag” by US intelligence agencies hungry for more funding.

Last month, Press Secretary of the Russian President Dmitry Peskov told reporters that the Kremlin knew nothing about the attacks before they were reported in the press, and that before Biden and Putin could discuss them “you need to answer: which groups, why are they connected with Russia, what, who attacked, what did it lead to, what was the attack, and how did Microsoft know about it? If you answer all these questions, then you can think about the answer."