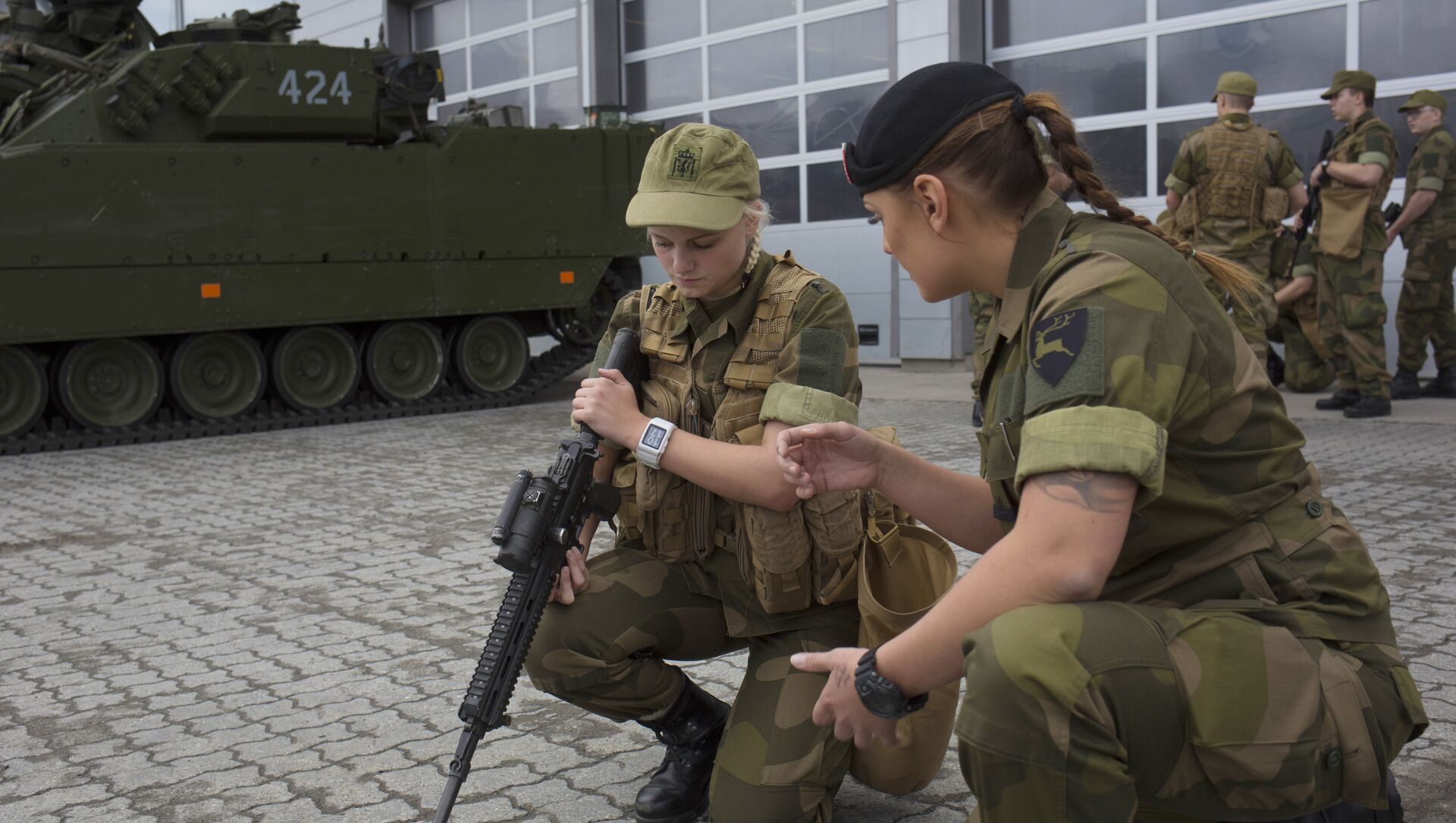 © AFP 2023 / KYRRE LIEN
Subscribe
International
India
Africa
Igor Kuznetsov
All materials
However, the positive effect from room sharing only appeared to be temporary, which, according to the research crew, demands further studies.

Men in the Norwegian Armed Forces who live and work together with women become more positive towards equality and have a better attitude towards the opposite sex, a new study has concluded.

The study covered 500 recruits from Brigade Nord, a major combat formation and only brigade of the Norwegian Army. In the experiment, men were "exposed" to women and shared a room with women for eight weeks and worked closely together. Before, during, and after, the researchers measured both the attitudes and well-being of the men.

The result showed a noticeable difference between those who lived in rooms with women and those who were in male-only groups. The recruits who shared a group with women gained better attitudes to gender equality in general and became more positive about mixed gender groups in the Armed Forces.

The performance or well-being of soldiers, was not negatively affected, which some had expected.

"We saw no differences in the well-being of the soldiers, or in how well they performed", Andreas Kotsadam of the Frisch Centre, told national broadcaster NRK.

He emphasised that this has been a concern, among others, in the US. According to Kotsadam, there has been a kind of "myth" that male soldiers lose the "military feeling" in women's company – which doesn't match their study.

Pauline Tvedt, a Brigade Nord recruit from Inner Troms, argued that there are no differences between women and men in the Armed Forces.

"Everyone performs the same tasks and dresses the same. You get to contribute just as much, regardless of whether you are a girl or a boy", she said.

"There are only advantages with women in the Armed Forces. There are probably as many capable women as men and you make the same demands on both", he said.

"It is clear that you can change attitudes. But we see that attitudes are rapidly declining", Kotsadam added.

The positive effect appeared to be temporary. Half a year after the recruitment period was over, it turned out that the male soldiers who had changed attitudes when they lived and worked in teams with women, had fallen back to old ways of thinking.

Kotsadam said it is difficult to explain why the change in attitude is only short-lived, suggesting that it could be a topic for further research.

The idea of shared barracks and rooms has been tested in several countries, including Finland, amid a push to make the military more gender-equal and use females as a valuable source of talent.

In 2015, Norway introduced conscription for girls, becoming the first European nation to do so. Other countries with the same scheme include Israel, North Korea, and Malaysia.