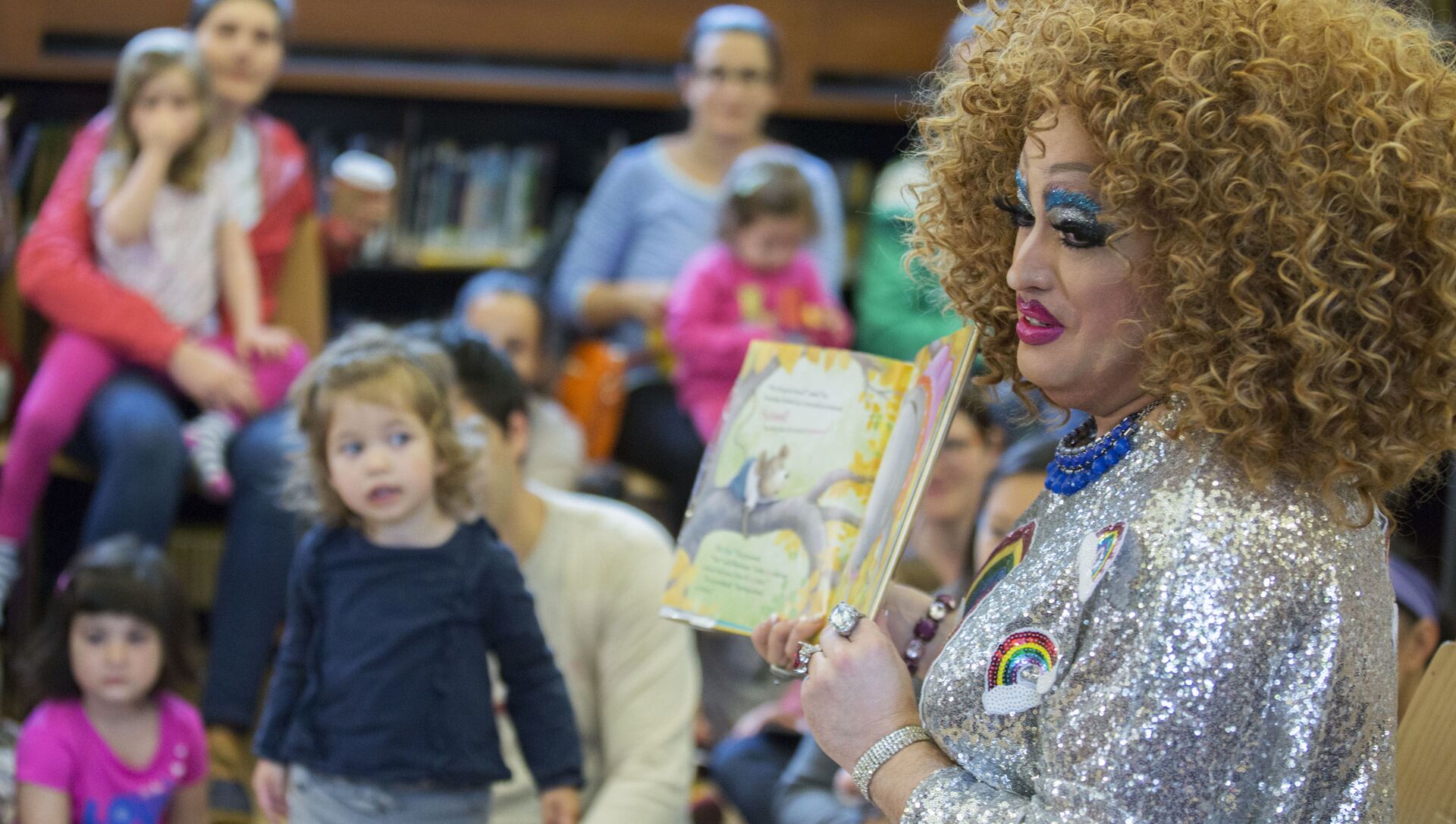 Igor Kuznetsov
All materials
A Norwegian school has polarised the public with its new drag programme, the first one of its kind in the Scandinavian nation, which is being billed as a 'major step' in the fight for 'equal rights'.

At the Labour Movement's folk high school in Ringsaker, a class of about 10 students will learn about acting on stage, dressing up and putting on the make-up, as well as developing a drag character and learn about the history of the drag phenomenon.

According to Jens Martin Hartvedt Arvesen (29), the man behind the novel programme and a drag artist himself, the idea is for the young people to play with gender roles, as well as “strike a blow for openness and tolerance”, national broadcaster NRK reported.

Arvesen admitted that he expected reactions to the new programme, envisaging that many will find it controversial. In this respect he was right, as the drag programme brought forth a plethora of reactions, some of them highly critical.

“I believe it's silly. There must be limits to what the taxpayers' money is spent on”, Hjemdal told NRK. Hjemdal emphasised that people should be allowed to pursue whichever hobbies they want, including drag, but argued that it was time to put the foot down for which of them should happen at taxpayers' expense.

Hjemdal penned an inquiry to the Education Ministry.

“The Progress Party has noticed that the allocations to the folk high schools over many years have increased. At the same time, we see that lines such as 'Cosplay', 'Global Mission', 'Dragshow' and 'Paragliding in the Caribbean' are offered. Does the minister think that these are the right educational policy priorities?” Hjemdal wondered.

The drag programme also sparked a reaction from the youth wing of the ruling Conservatives.

“This goes into the series of many different folk high school programmes that have no real societal benefit. The state finances something that strictly speaking should not be its responsibility”, Young Conservatives first deputy head Håkon Snortheim told NRK.

Theologian and philosopher Espen Ottosen of the Missionary Association is also sceptical.

“It is problematic if the whole of Norway is expected to applaud to this. I believe it can give more chaos than diversity. I don't think this makes Norway any better,” Ottosen said, venturing that “playing with gender roles” as the organisers put it, is good for the majority. “I believe the best society can do is to establish that there are two sexes. And that the vast majority of girls and boys do not benefit from cross-border games with gender and sex understanding as the drag culture suggests.”

By contrast, sexologist Esben Esther Pirelli Benestad argued that a drag programme at a Norwegian school is important for showing diversity in society.

“It's cool that drag gets its own programme. It's about much more than dressing up and getting out. It is political,” she said, emphasising the role of the drag community in the fight for gender equality and gay rights. “Drag is an old culture and has been the environment that in its time started the big Pride protests in the US that led to LGBT people both being decriminalised and given better living conditions and rights,” she said.