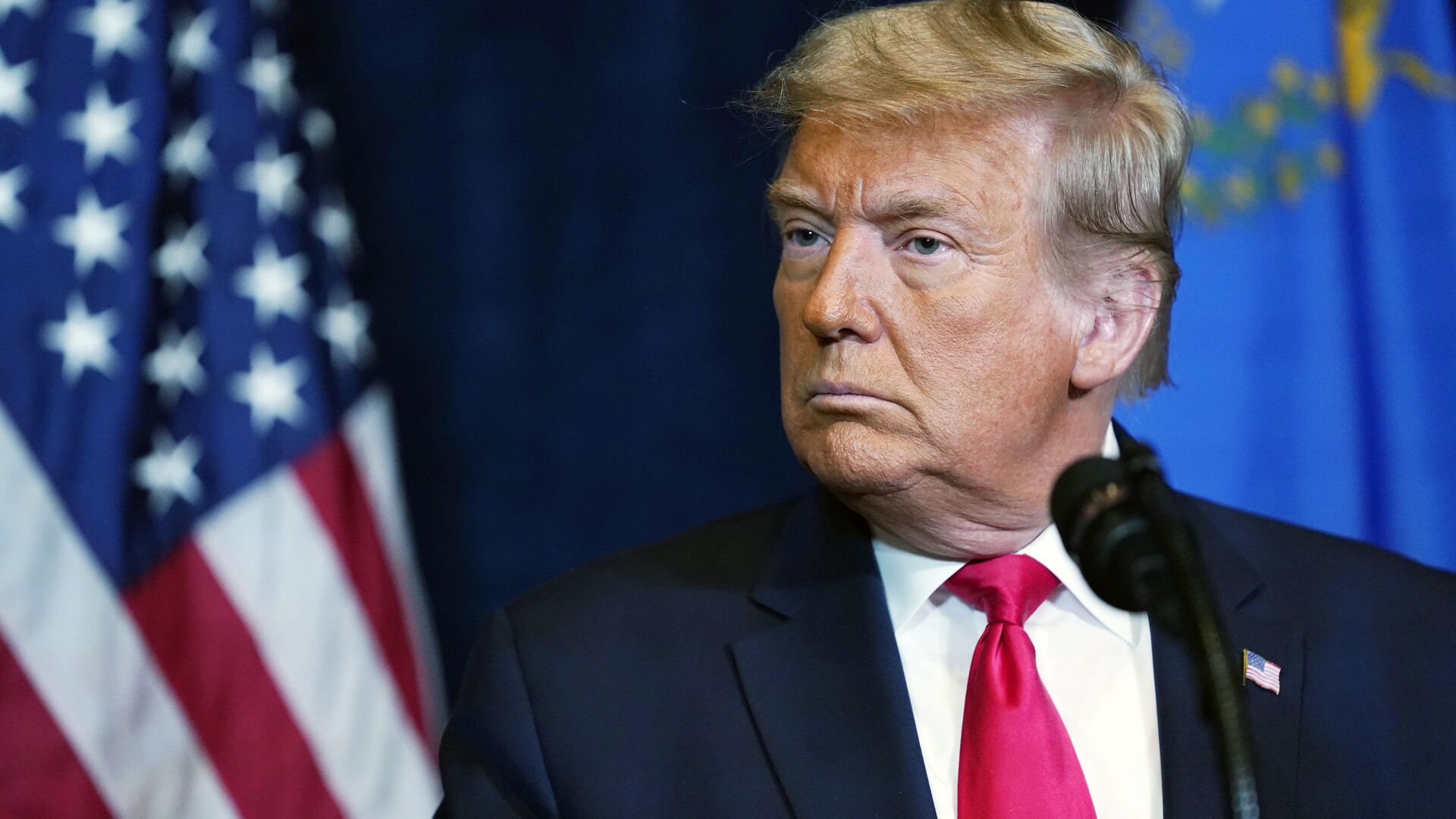 Asya Geydarova
Editor
All materialsWrite to the author
The recent 11-day war between Israel and Hamas resulted in the deaths of 12 Israelis and 270 Palestinians, of which 64 were children. The Egypt-brokered ceasefire has ended the hostilities, but the ruins in Gaza will need significant financial resources to restore.

Former President Donald Trump has slammed the current US administration of Joe Biden for what he perceives as its failure to protect Israel, referring to the recent escalation in the Gaza Strip.

Asked by a Newsmax host about the feud between Israel and the Palestinians, Trump said, "I think what's happened to Israel is one of the great injustices. If you look back 10 or 12 years ago, Israel was so protected by Congress. Congress loved Israel. Now, especially if you looked at the House, the House doesn't like Israel. The House is protective of anything other than Israel."

What's going on with the House, with the [Alexandria Ocasio-Cortez] and [Ilhan] Omar, and [Nancy] Pelosi - they are not in favor of Israel, and the Jewish people's votes go to Democrats", Trump lamented. "So, someday, you will have to explain that to me".

"There's nobody that's done more for Israel [than] I have", Trump concluded. 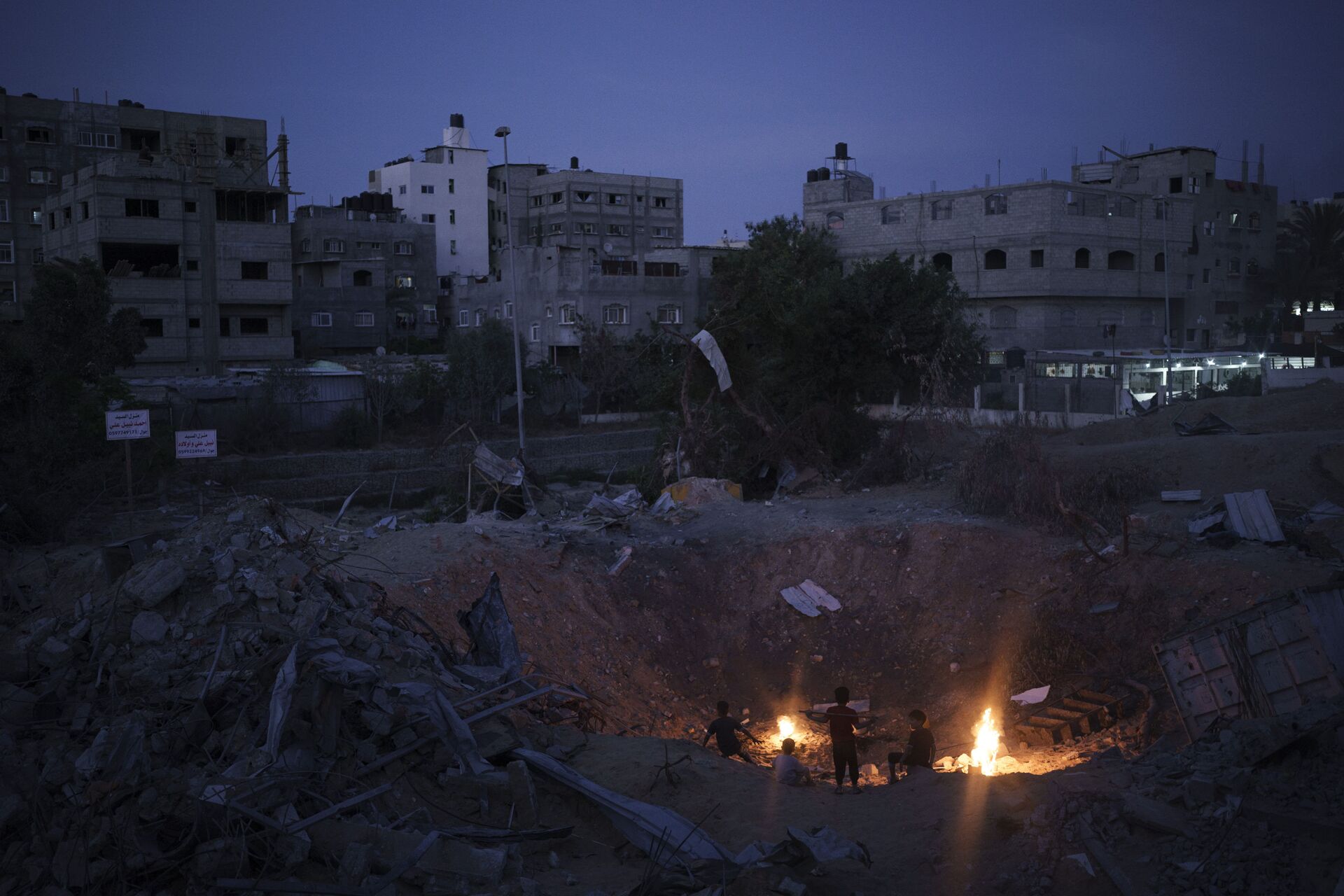 Children gather around a fire next to their destroyed home just over a week after a cease-fire was reached in an 11-day war between Gaza's Hamas rulers and Israel, Sunday, May 30, 2021, in Beit Lahia, northern Gaza Strip.
© AP Photo / Felipe Dana

After the Democratic administration of President Biden moved into the White House, rumors emerged among analysts that Washington would pursue a cooler approach towards Israel (and also Saudi Arabia). Despite that, in the wake of the recent bitter conflict in Gaza, reports appeared that Biden approved $735 million in arms sales to Israel, and this week, US Secretary of State Antony Blinken confirmed the United States's "strong commitment to Israel's security".

At the same time, Blinken cautioned Israeli officials against evictions of Palestinian families in East Jerusalem. The hostilities in Gaza came just days after Israeli police and the Arab population clashed over an Israeli court's decision to evict several Palestinian families from a neighborhood in the holy city.

During the Trump administration, the Jewish state indeed enjoyed close ties with Washington, which subsequently led to Israel's enhanced position in the region, including the unprecedented normalization of ties with several Arab states - former rivals of Israel over the Palestinian cause. 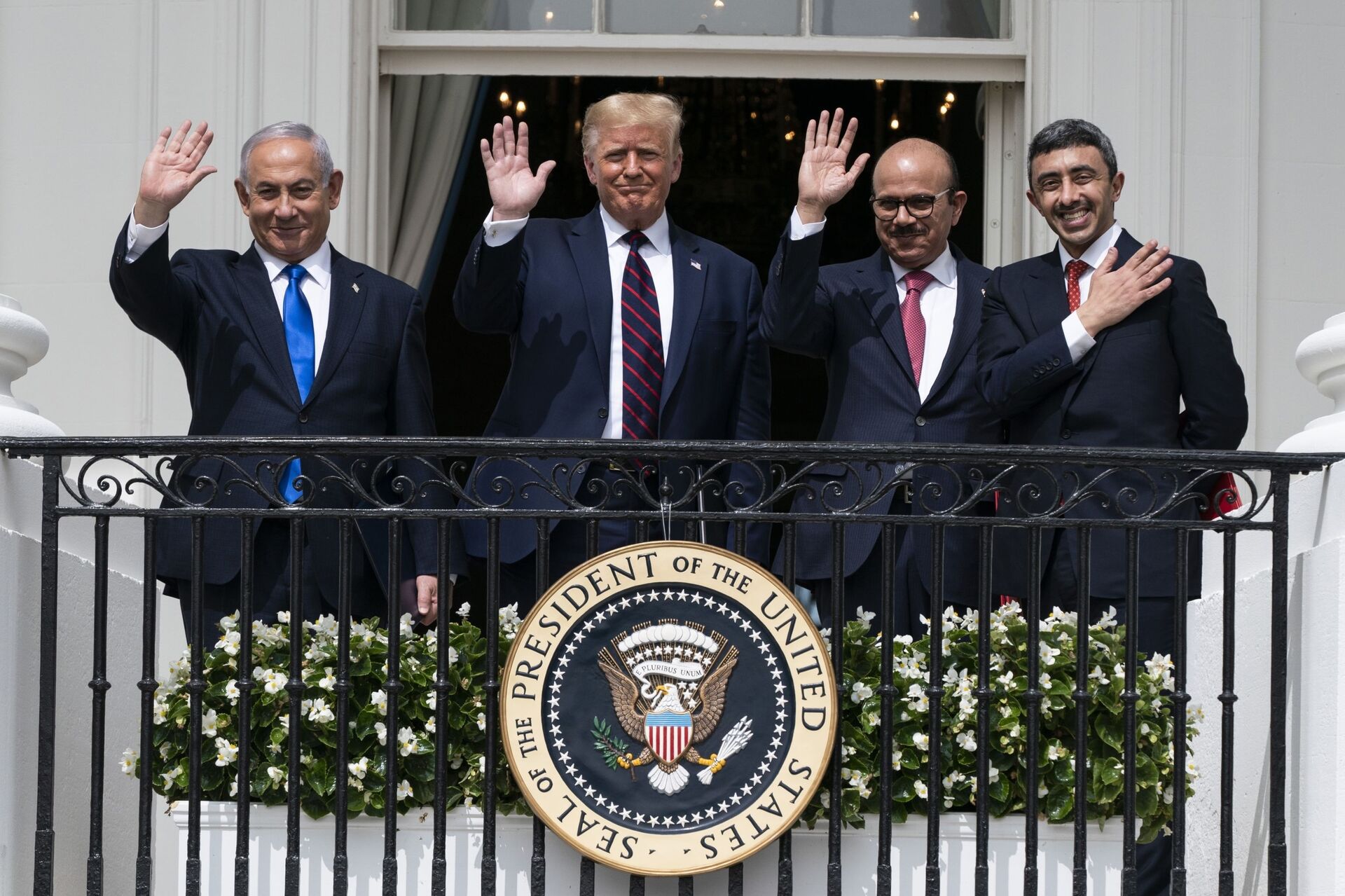 In September, the UAE and Bahrain signed the US-brokered Abraham Accords to normalize ties with Israel, a landmark agreement that was later followed by Morocco and Sudan establishing diplomatic ties with the Jewish state. In the wake of the optimism surrounding the diplomatic breakthrough, reports even emerged that the Kingdom of Saudi Arabia wound soon ink a similar agreement with Israel. Despite their lack of official relations, most Arab states, and even Turkey, have sustained informal ties with Tel Aviv, especially when it comes to trade.

The Arab countries who signed agreements with Tel Aviv have promised that their normalization of ties with Israel won't change their views on the Palestinian issue.

In another gesture of good will, the Trump administration unveiled its "deal of the century" in early 2020 - a plan for peace in the Middle East, which envisaged Israel annexing settlements in the West Bank and the Jordan Valley and having Jerusalem as its "undivided capital". The deal was met with a harsh backlash from the Palestinian leadership and the international community.

Russia has never believed that the deal in its current form would contribute to a lasting Middle East settlement and has expected the Biden administration to ultimately reject it. Moscow has always been an advocate of the two-state solution principle as a basis for settling the longstanding conflict.