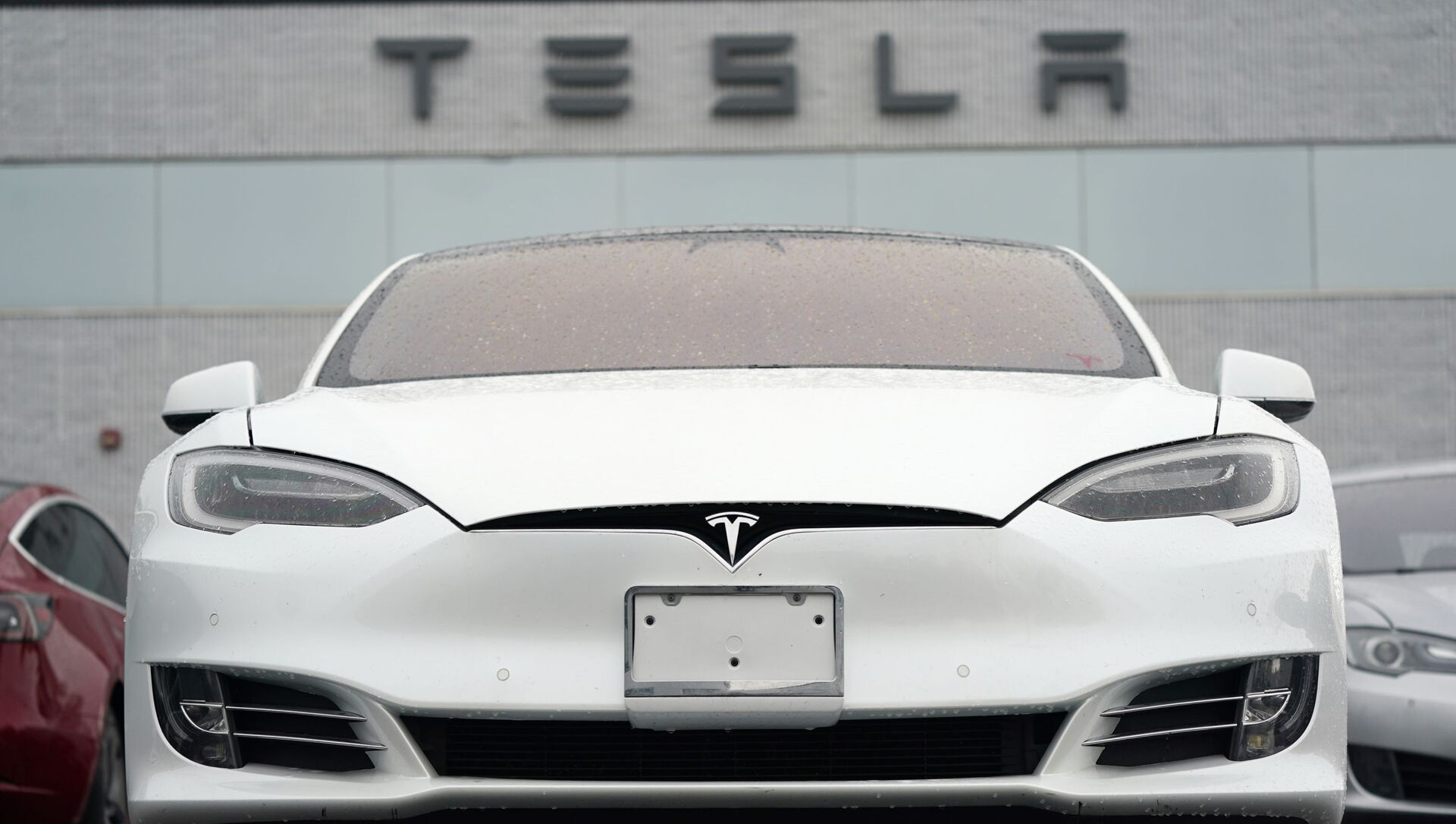 Kirill Kurevlev
Correspondent
All materialsWrite to the author
Tesla cautions its customers that the use of driver assistance systems needs "active supervision." Some owners, however, have persistently shown overconfidence in the systems, sharing videos and reports of sleeping at the wheel, driving without their hands on the wheel, and even driving while sitting in the passenger or rear seat.

Tesla has begun utilizing interior cameras in some Model 3 and Model Y vehicles to ensure that drivers are paying attention to the road when utilizing driver assistance technologies, CNBC reported on Friday, citing release notes it obtained from the company.

The company's Model 3 and Model Y cars previously included driver-facing cabin cameras, but the owners manuals said that they were not used for driver monitoring. Instead, Tesla's technologies required drivers to "check in" by touching the sensor-equipped steering wheel.

According to the report, citing one of the company's customers, Tesla is now informing drivers that their cabin cameras have been turned on for driver monitoring in new vehicles without radar sensors.

Tesla revealed in a blog post on Tuesday that radar would be removed from the vehicles, reducing their functionality. The missing functionality will be restored whenever Tesla converts consumers to a "pure vision" or camera-based version of its driver assistance and safety capabilities, according to the post.

Tesla Driver Reportedly Slept as Vehicle Traveled Over 80 Mph, Wisconsin Police Say
According to the blog, Tesla is moving to Tesla Vision, its camera-based Autopilot system, and some future cars supplied starting in May 2021 will not have radar. It also stated that some functionality may be “temporarily limited or inactive” when Vision is delivered, and that Tesla will restore such features via over-the-air software updates in the “weeks ahead.”

“The cabin camera above your rearview mirror can now detect and alert driver inattentiveness while Autopilot is engaged. Camera data does not leave the car itself, which means the system cannot save or transmit information unless data sharing is enabled. To change your data settings, tap Controls > Safety & Security > Data Sharing on your car’s touchscreen,” the release reads.

The technical upgrades come as Tesla vehicles face more regulatory scrutiny in the United States and elsewhere. Dozens of US government investigations are underway into the causes of Tesla-related crashes in the country, some of which may have involved Autopilot. 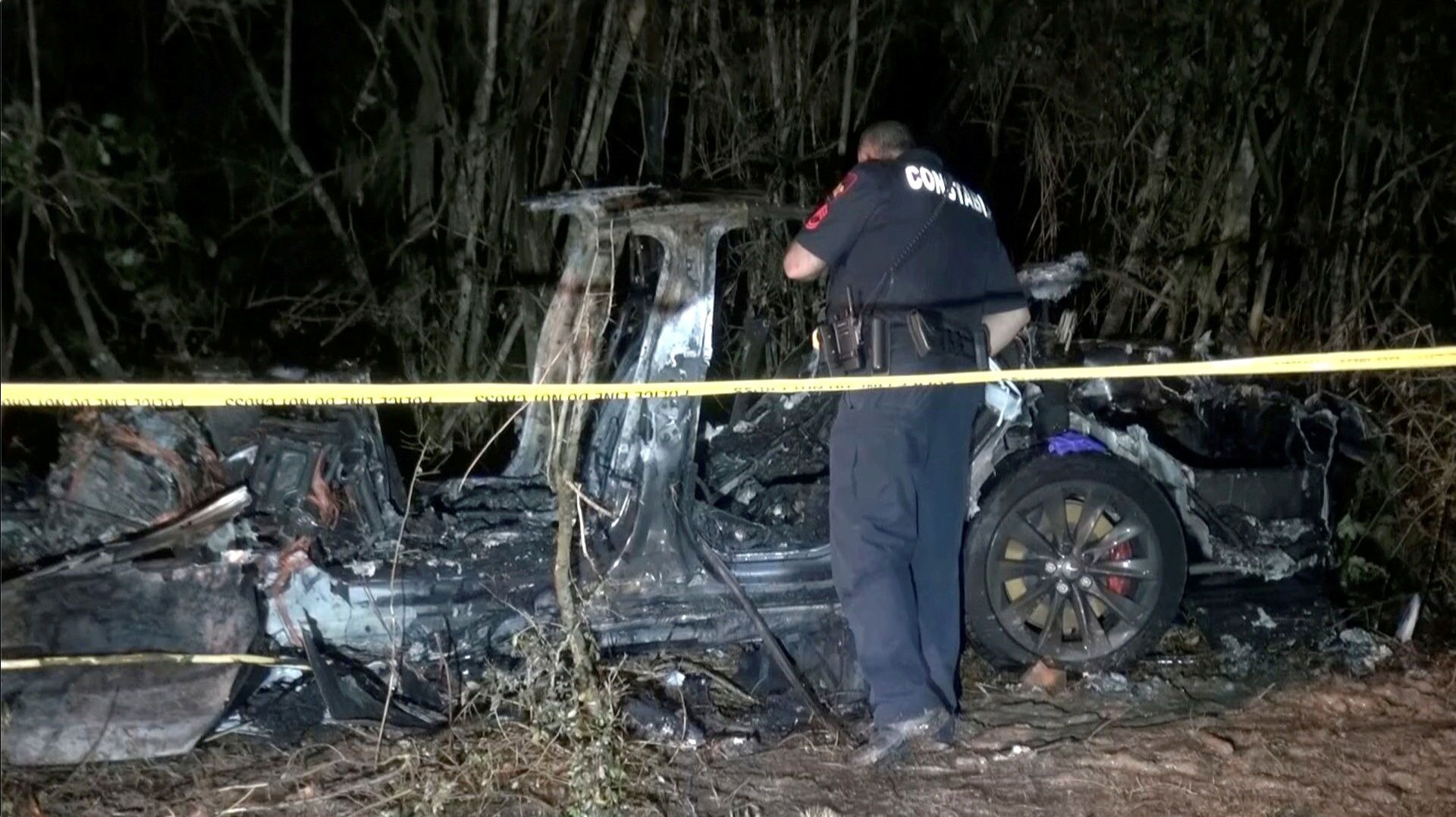 The remains of a Tesla vehicle are seen after it crashed in The Woodlands, Texas, on April 17, 2021.
© REUTERS / Scott J. Engle

Elon Musk's electric vehicle company provides driver assistance systems under the names Autopilot and Full-Self Driving (FSD), which is a $10,000 optional upgrade. Some drivers who have paid for FSD can also participate in Tesla's FSD Beta program, which allows them to try out unfinished driver assistance features, thereby turning them into beta testers.

The National Transportation Safety Board, the US federal car safety watchdog, has reportedly urged Tesla to discontinue beta-testing on public roads with customers instead of professionals, and to add sophisticated driver monitoring to its vehicles.

According to CNBC, it is unclear whether Tesla's new camera-based driver monitoring system and cars without radar comply with NTSB or other safety requirements.

In the meantime, the US nonprofit consumer organization, Consumer Reports, along with the Insurance Institute for Highway Safety withdrew top-level safety endorsements for the Tesla Model 3 in the country on Wednesday after the firm said it will not longer include radar in these vehicles.