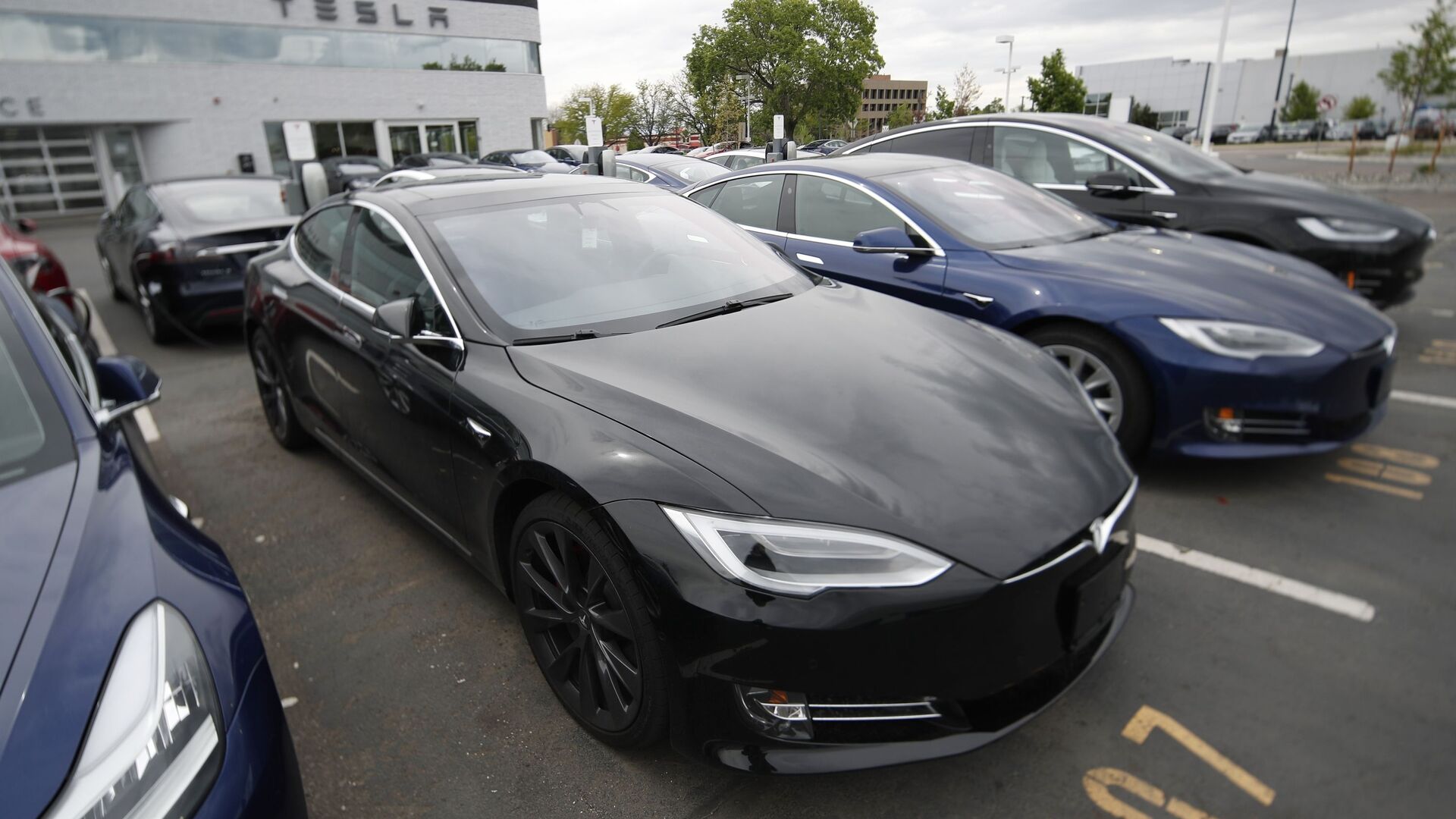 © AP Photo / David Zalubowski
Subscribe
International
India
Africa
Gaby Arancibia
All materialsWrite to the author
Electric car company Tesla first introduced its Autopilot mode in 2014, and in the years since, the setting has been at the center of various police reports that cite drivers as asleep at the wheel or otherwise preoccupied. The automaker has repeatedly noted that its vehicles are not fully autonomous and require attentive drivers.

A newly surfaced report from Wisconsin’s Kenosha County Sheriff’s Department has revealed that authorities recently pulled over a Tesla driver who appeared to be fully asleep at the wheel - all while their vehicle was traveling over 80 mph.

The Tuesday release reveals that the incident unfolded on Sunday at approximately 7:51 a.m. local time on the northbound lanes of Interstate 94 near the Illinois-Wisconsin state line.

The Tesla driver, later identified as a 38-year-old man from Palatine, Illinois, was described as being “asleep” as his “head was down and [he] was not looking at the road,” a deputy with Kenosha County detailed in an incident report.

Although the deputy’s initial attempt to pull over the Tesla vehicle was unsuccessful, the law enforcement official was able to gain the attention of the driver on a second attempt. However, the success only came after the deputy followed behind the vehicle for approximately 2 miles at 82 mph, and then pulled alongside the Tesla.

The release from the sheriff’s department further states that the driver denied being asleep, but did admit to having been “tired.” The deputy did not report the Tesla driver as showing signs of impairment.

The vehicle was cited as being a 2019 Tesla with Autopilot capability. As for the driver, he was issued a citation for inattentive driving.

Tesla’s semi-autonomous Autopilot feature has been repeatedly linked to multiple road collisions. In fact, a Tesla that was being operated with its Autopilot mode was involved in a crash on Saturday in Washington state that left “significant damage” to a parked police cruiser.

Earlier, police in California arrested a 25-year-old man who was sitting in the backseat of a Tesla while it was operating under its Autopilot mode, traveling across the San Francisco-Oakland Bay Bridge.