Earliest Known War Turns Out to Be Series of Conflicts 13,400 Years Ago, Scientists Say 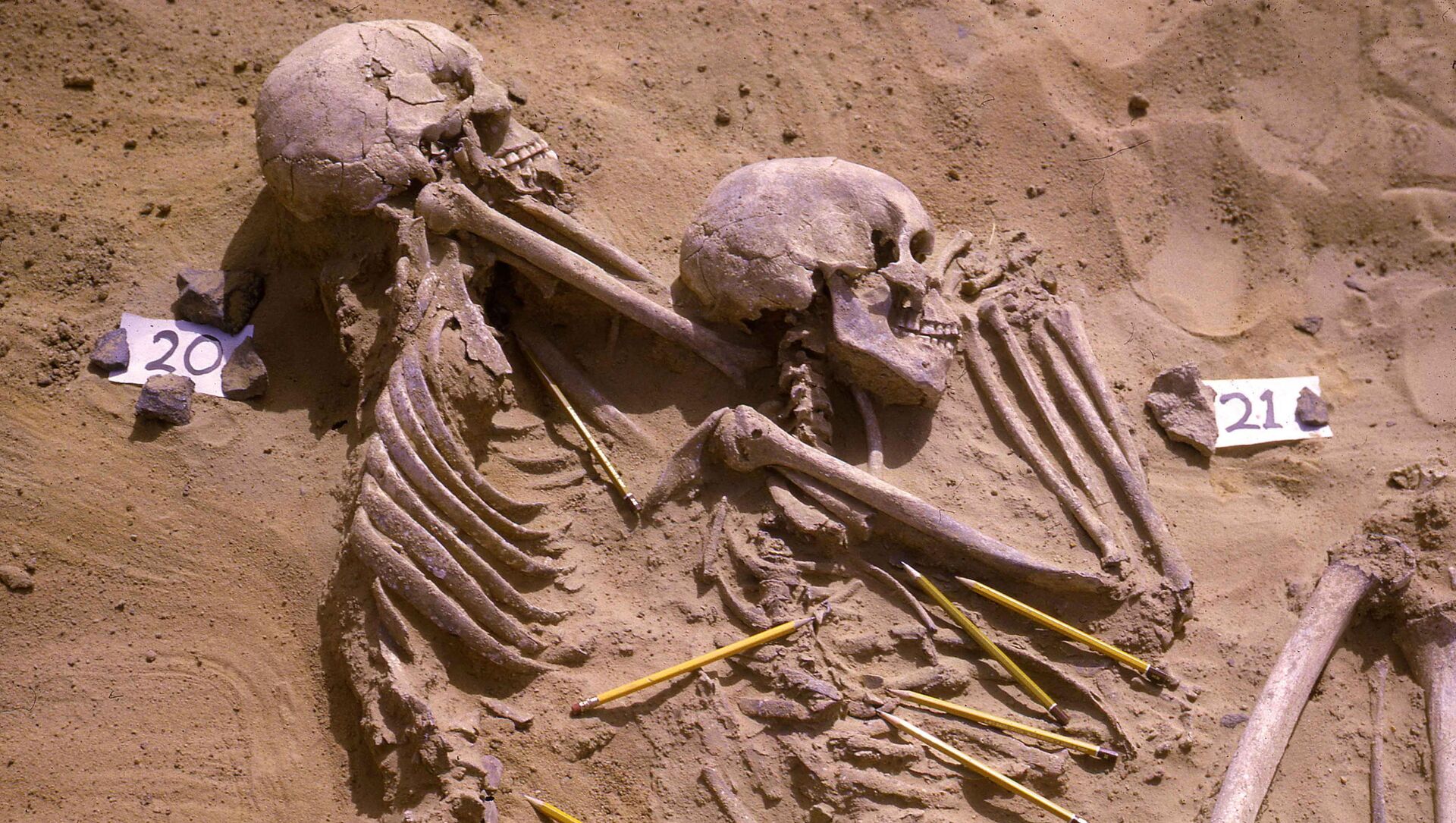 Kirill Kurevlev
Correspondent
All materialsWrite to the author
In the 1960s, skeletons in a prehistoric cemetery were unearthed in Sudan, and after it was discovered that 20 of the bones had injuries, it was assumed that they belonged to people who had perished in a single war. A recent reanalysis reveals that this was most likely not the case.

Individuals buried in Sudan's prehistoric cemetery Jebel Sahaba, located in the Nile Valley, appear to have been subjected to violence and trauma at various times in their life. According to the researchers, the findings could improve our understanding of the prehistory of violence prior to the invention of agriculture.

Jebel Sahaba, which is around 13,400 years old, is one of the earliest sites to show traces of widespread conflict. When ancient people began to settle in one place to cultivate around 12,000 years ago, violence between communities appears to have been even more widespread. It is unusual, however, to find evidence of organized violence among more migratory populations, such as those represented by Jebel Sahaba.

Isabelle Crevecoeur and her colleagues from the University of Bordeaux studied the remains of 61 people, including the 20 who had already been identified as having injuries. They discovered over 100 previously unrecorded healed and unhealed bone lesions, indicating that these pre-agricultural individuals were subjected to multiple acts of violence over their lifetime.

“We knew that we were going to find maybe some additional lesions, but, in this case, this systematic and really thorough analysis of the remains allowed us to add 21 individuals to the 20 that were already recognized with traumatic lesions,” Crevecoeur is quoted in the NewScientist report regarding the discovery.

Skull of an individual identified as JS 33 in anterior and right lateral view from among the 13,400-year-old Jebel Sahaba remains from Sudan, some of the earliest evidence of human warfare, is seen in this undated handout photograph
© REUTERS / HANDOUT

According to the researcher, there were likely planned, sporadic, and recurrent attacks between different cultural groupings among these hunter-fisher-gatherers.

The majority of the wounds were caused by projectile impact, and there were still fragments of stone embedded in the bones of both men and women in some cases. These bits could have come from arrow or spearheads. And, according to the paper, the inclusion of a variety of sharpened points with different cutting edge orientations implies that the goal was to lacerate and bleed the victim.

"Surprisingly, men, women and children seem to have been treated indiscriminately in terms of the number and type of injuries or the projectiles direction," the research team added in the press release.

At a time when these groups of ancient gatherers and hunters clashed with each other in violent conflicts, Africa was undergoing massive climatic changes associated with the end of the last ice age and the beginning of the African humid period, during which the Sahara was not a desert, but a vast green region with rivers and trees.

"These results enrich our understanding of the contexts in which violence emerges among foragers," said Luke Glowacki at Harvard University, commenting on the research in the report. “They provide additional evidence for an emerging consensus that foragers, just like agricultural peoples, had interpersonal violence in the form of raids and ambushes.”