Modi Gov’t Flouts Its Own Advisory, Refers to B 1617 COVID Variant As 'Indian' Strain 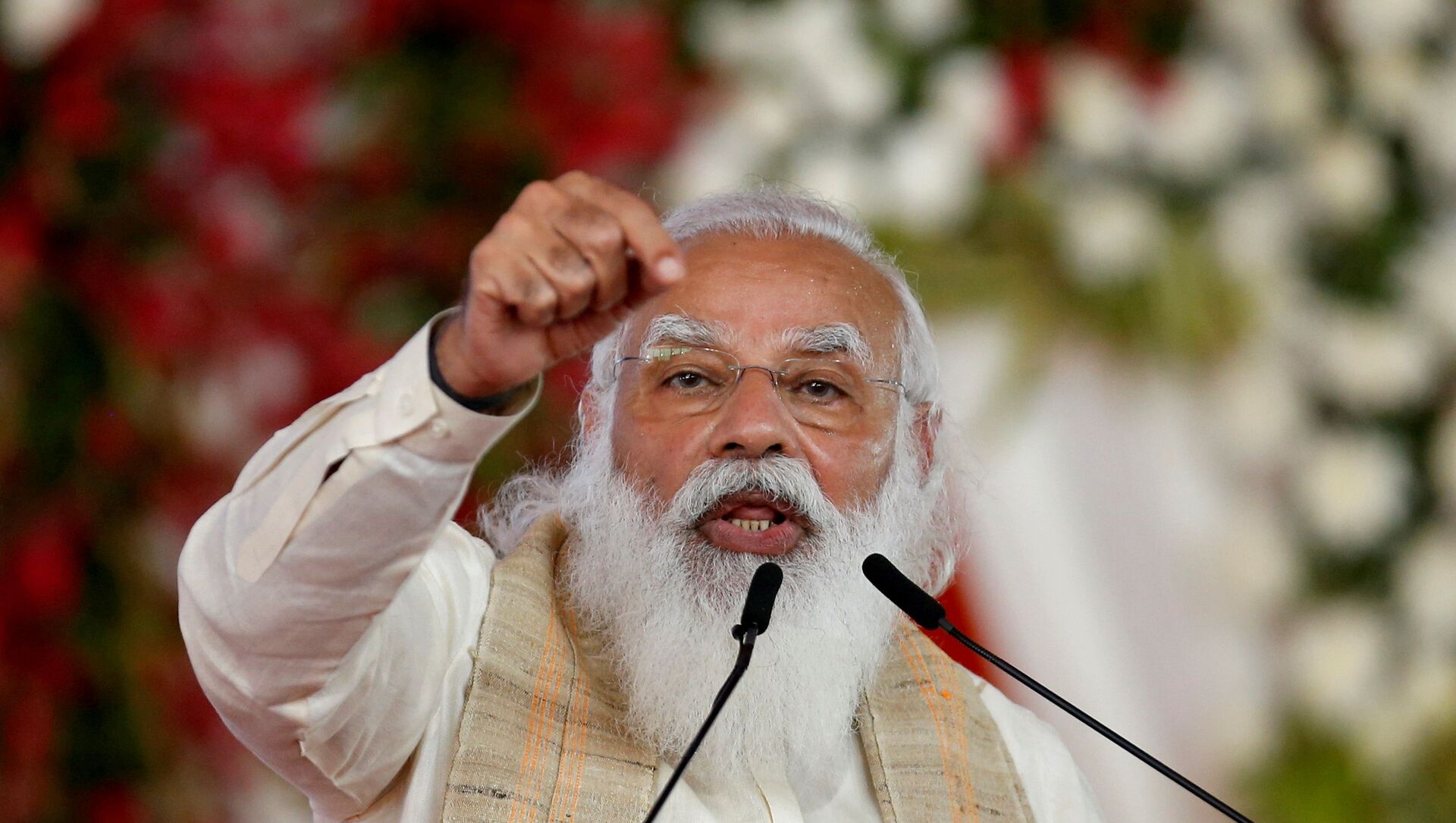 Dhairya Maheshwari
All materials
The Indian government has been discouraging use of the term "Indian variant" to refer to the B 1617 strain of COVID, arguing that it's against the World Health Organisation’s (WHO) etymological norms.

Prime Minister Narendra Modi's government has been using the term "Indian mutant" to refer to the B 1617 COVID variant, despite advising social media platforms to remove all content featuring the terminology last week.

In an affidavit filed with the Supreme Court on 9 May, the government used the term "Indian double mutant" when describing its genome sequencing efforts to identify the COVID variants in the country amid the second wave of the pandemic.

It states that the Indian Council of Medical Research (ICMR), the federal outfit spearheading the country's scientific response to the pandemic, has injected $4.8 million into vaccine research, including assessing the effectiveness of COVAXIN against the “UK variant, South African variant, and the Indian double mutant strain.”

Despite publicly insisting against the use of term 'Indian variant' to refer to B.1617 strain of #COVID19, the government itself referred to it as 'Indian double mutant strain' in its affidavit filed in the Supreme Court on 9 May.@GoI_MeitY @MoHFW_INDIA pic.twitter.com/GRveFRGX5U

​The affidavit was filed by lawyer BV Balaramdas on behalf of the government.

The reference to the “India double mutant strain” in the federal affidavit comes just days after a huge row erupted in India over the term’s usage.

India’s federal Ministry of Electronics and Information and Technology (IT) last week wrote to social media platforms asking them to delete content referring to the B 1617 COVID variant as the "Indian" variant.

'Politicians Must Stick to Facts': Singapore's Foreign Minister on Delhi Chief's Call for Flight Ban
"The term H1N1 was used for the Swine Flu outbreak. In the case of Covid-19, it was never called the Chinese flu or pandemic or Wuhan virus. Lots of content on social media is referring to B.1.617 as the Indian variant after the World Health Organisation classified this strain rightly as a variant of global concern," an Indian official was quoted as saying in local news reports last week.

Public references to B 1617 as the "Indian" variant by politicians from the opposition Congress Party have sparked sharp reactions from the ruling Bharatiya Janata Party (BJP), which argues that the term muddies India’s global image

However, despite the government’s objections, the opposition has stuck to its guns and is continuing to dub the new strain the "Indian variant."

“It started with Chinese corona. Now, it’s the Indian variant of coronavirus. Today, India’s President and PM Modi are afraid of this COVID variant. Our scientists are calling it the Indian variant. Only BJP advisers are not accepting it," veteran Congress leader and former federal minister Kamal Nath said on Sunday.

Despite India's objection the the terminology, it doesn't seem to be dissuading international leaders; Germany’s Chancellor remarked at the G-20 Global Summit that the “Indian variant” was more infectious than the “British” one.