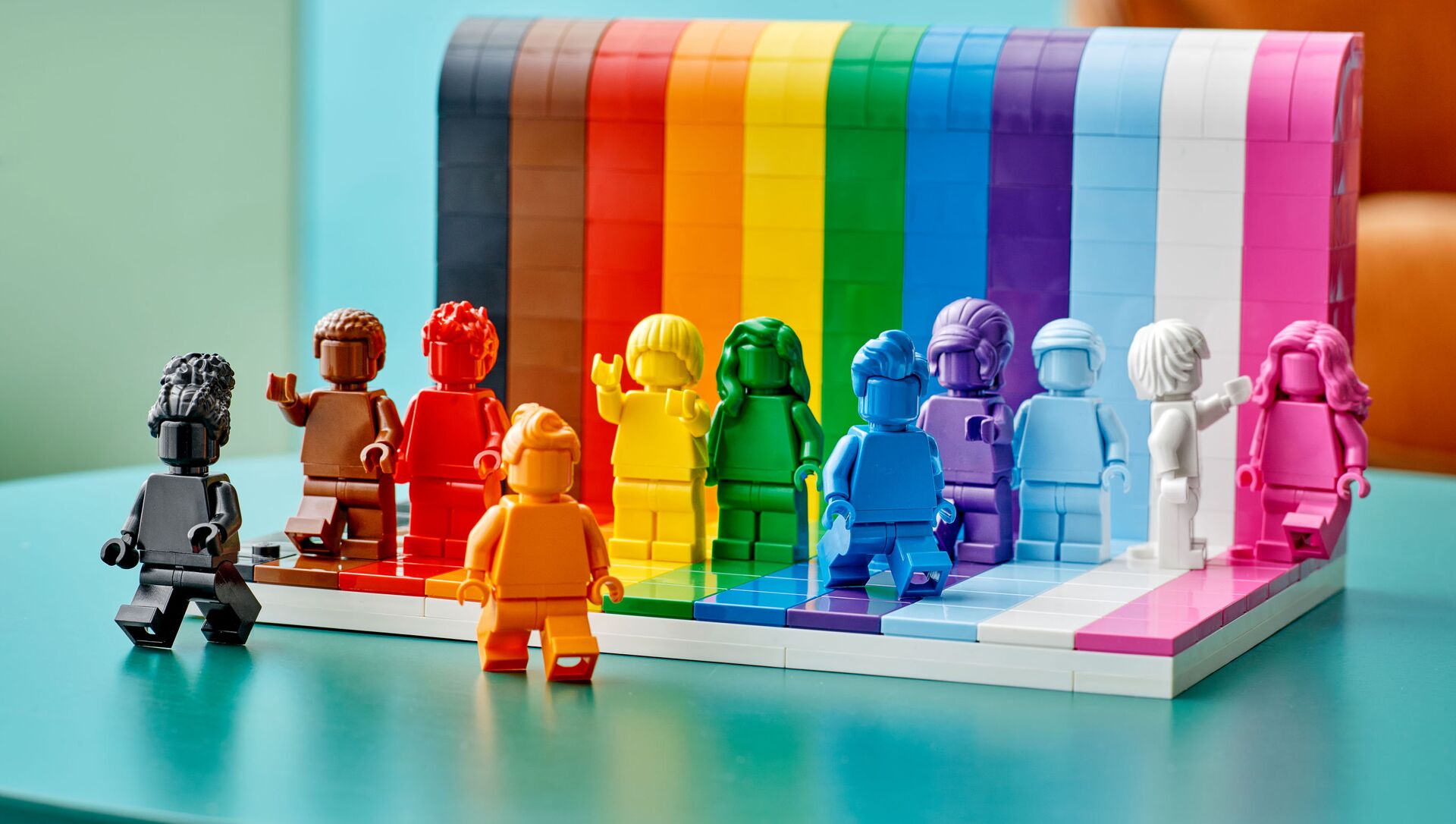 Daria Bedenko
All materialsWrite to the author
The new 'Everyone is Awesome' Lego set is expected to be released on 1 June, apparently to fall in line with the beginning of the Pride Month - an annual month-long LGBTQ celebration.

The Danish toy company Lego on Thursday announced a new set, titled 'Everyone is Awesome', revealing a display of rainbow-colored toys standing on multi-colored lines.

"We’re super excited to reveal our new set - LEGO Everyone is Awesome! Because we celebrate every LEGO builder", Lego tweeted, attaching emojis of a heart and a rainbow.

The new release prompted mixed reactions, with some praising the inclusivity of the set, while others suggested that the move was political or aimed at making profits from a social movement.

Others suggested the release was 'woke', and threatened to stop purchasing Lego toys and boycott the brand.

Lego just let the politics to enter the child world.

Simply awful. I love LEGO and my sons will play with it, but at this point I will only buy LEGO City

Not a big deal though…
We’ll buy a different brand for our kids.

​Others questioned whether the release would be linked with LGBTQ community charities, expressing concern that the corporation was trying to make money from "something that is supposed to symbolise equality."

Hi @LEGO_Group, would love to get a set like this, it looks stunning! Does any of the money from this set go to LGBTQ+ charities?

Is this just a set, or are you going to do more with it?
Money for charity?
Support LGBTQI+ organizations?

​Earlier in May, a non-profit advocacy organization called Consumers’ Research launched a targeted advertising campaign against high-profile US companies including Coca Cola, Nike and American Airlines, accusing the corporations of engaging in what the lobbying group described as "woke politics".

Criticism for being labeled as "woke" even reached the CIA and the US Army, with many slamming promotional videos that celebrate diversity rather than professional achievement.