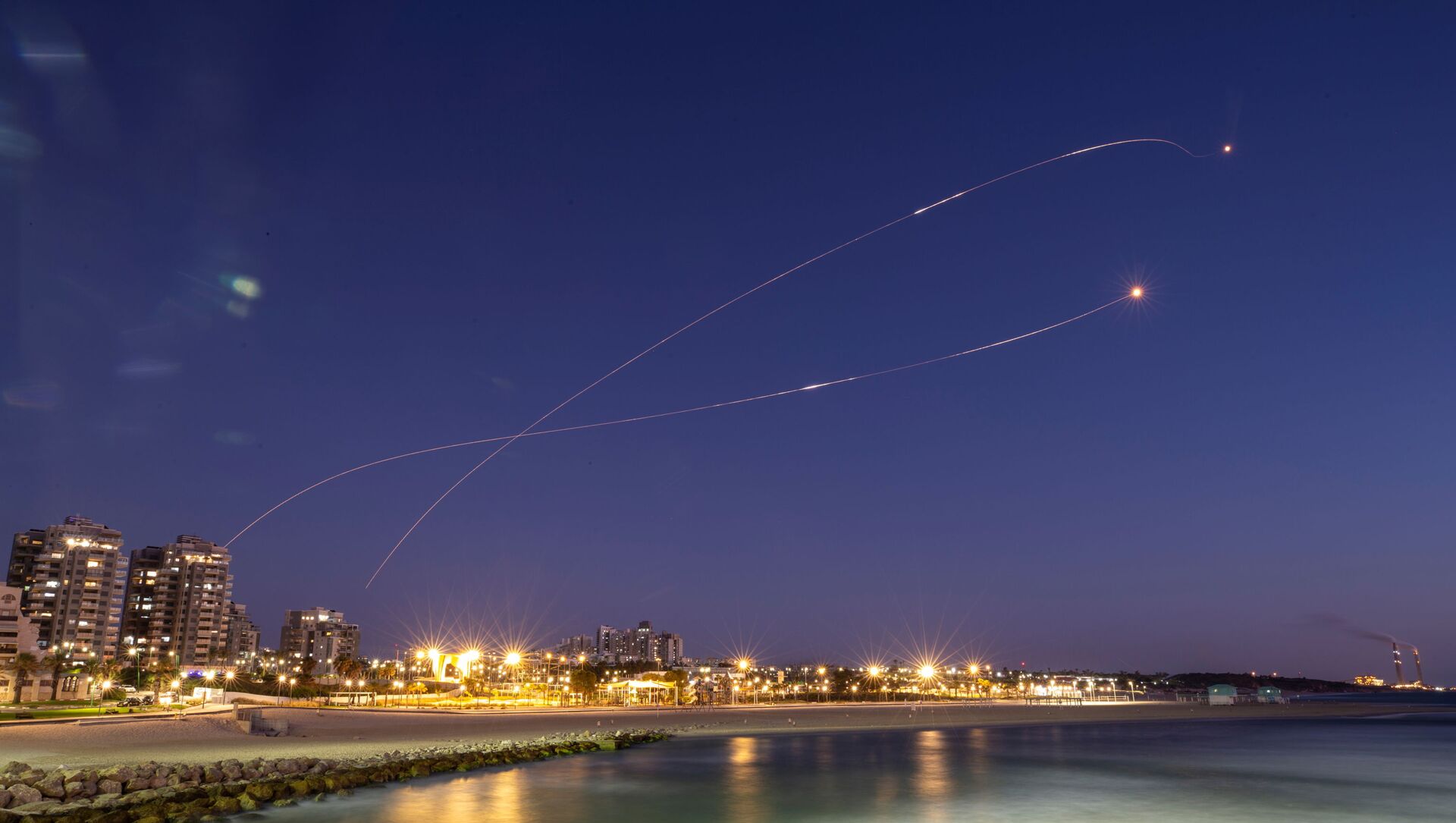 Daria Bedenko
All materialsWrite to the author
Earlier in the week, contradicting reports emerged in regard to a possible ceasefire between Israel and Hamas after tensions erupted in May. On Wednesday, a senior Hamas official, Mousa Abu Marzook, said he expected a ceasefire to happen "within a day or two".

The office of Israeli Prime Minister Benjamin Netanyahu on Thursday confirmed that the Security Cabinet had voted unanimously to approve a ceasefire between Tel Aviv and Hamas.

"The Security Cabinet unanimously accepted the recommendation of all heads of security services, the chief of general staff, the head of the Shabak, the head of the Mossad and the head of the National Security Council to accept the Egyptian initiative on a bilateral ceasefire, which will come into force later," the statement said.

The Israeli Foreign Ministry released the statement in its Twitter account, highlighting that the agreement was reached without preconditions, also noting Israel's "significant achievements in the operation, some of which are unprecedented."

some of which are unprecedented. The political leadership emphasizes that it is the reality on the ground that will determine the future of the operation. (3/3)

A Hamas spokesperson said that Egypt had informed the movement that an agreement was reached on a ceasefire beginning at 2 a.m. on Friday, 21 May [23:00 GMT Thursday]. According to AFP, the Islamic Jihad has also confirmed the ceasefire.

The truce will reportedly be monitored by Egypt, with the country's president, Abdel Fattah el-Sisi, dispatching two security delegations, to Israel and the Palestinian territories, to uphold the ceasefire.

The meeting of the Security Cabinet was convened earlier in the day by Netanyahu, reportedly ending after three hours.

In wake of a possible truce, Palestinian Foreign Minister Riyad al-Maliki said that he would welcome the ceasefire by Israel, but it will not be enough, as the issue of who has access to various areas within Jerusalem remains the key issue.

"That's good that the carnage, the attack will stop. It's good that the Palestinian people, more than 2 million of them, will be able to go to sleep tonight, knowing that they will have a brighter tomorrow, but it’s not enough,” al-Maliki said. "The core issue that started all these episodes is Jerusalem. We cannot forget Jerusalem.”

How The Israeli-Hamas Conflict Unfolded

A new round of hostilities between Israel and the Palestinians was preceded by heating tensions during the month of Ramadan, with Palestinian protests triggered by coronavirus restrictions imposed by Tel Aviv in holy sites of the city of Jerusalem. In early May, the city saw squabbles and clashes between Palestinians and Israeli police.

Amid that, an Israeli court also rolled out a decision to evict several Palestinian families from their houses in Jerusalem's neighbourhood of Sheikh Jarrah - a move that prompted an escalation of tensions and an eruption of violence between Israel and Hamas on 10 May.

Since the beginning of the new hostilities, according to the Israeli army, some 4,300 rockets were fired from Gaza towards Israel, with an estimated 640 landing within the enclave. As of Thursday, 12 people in Israel had reportedly died as a result of the offensive, with over 50 seriously injured, according to the Israeli army. Among Palestinians, there are at least 232 victims, and over 1,900 wounded. 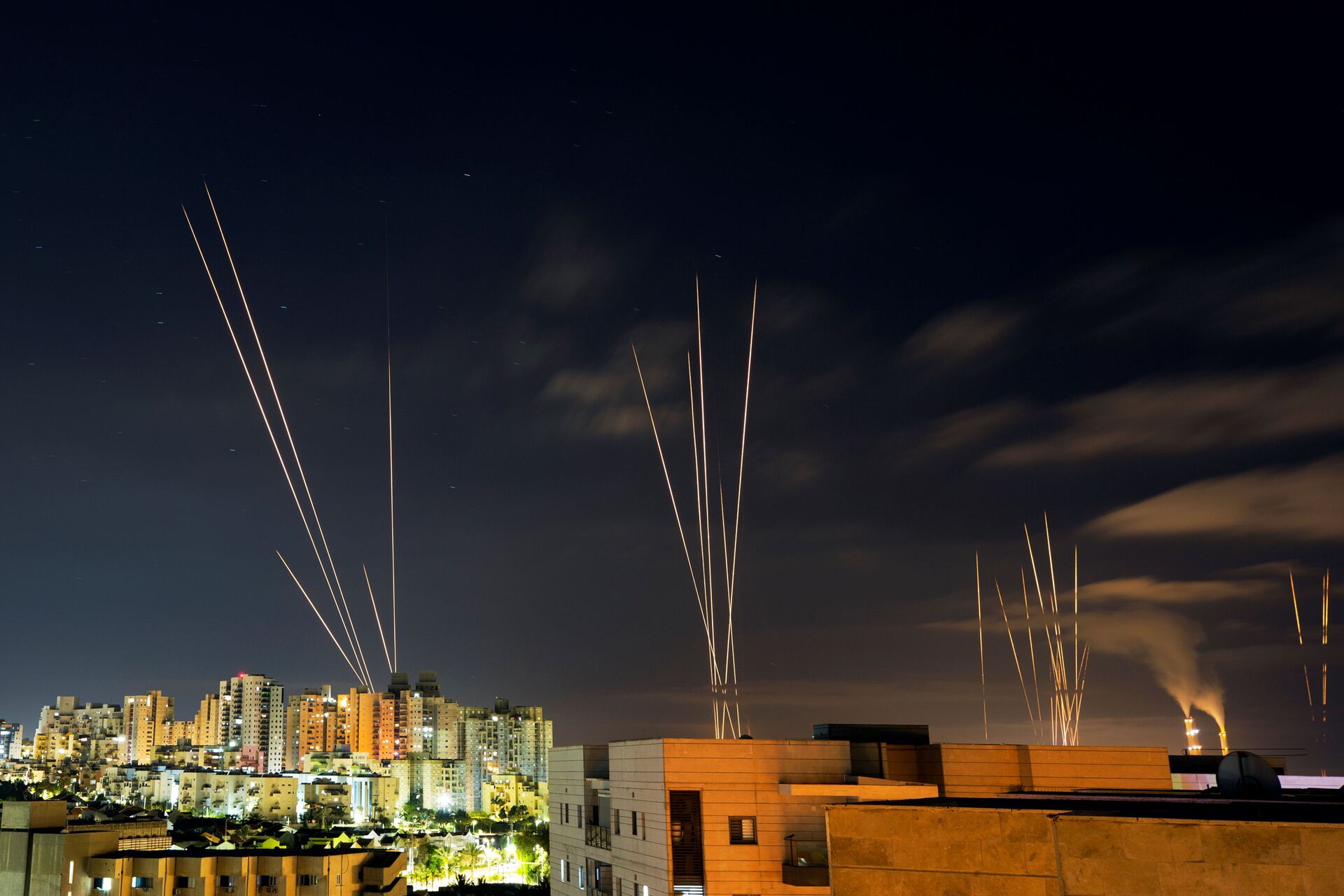 Streaks of light are seen as rockets are launched from the Gaza Strip towards central Israel as seen from Ashkelon, Israel May 16, 2021
© REUTERS / AMIR COHEN

The escalation prompted swift reaction from the global community, particularly from Russia, the United States, the United Nations and others, calling for an immediate end to the hostilities. On Wednesday, France, Tunisia, Egypt and Jordan rolled out a draft resolution at the UN Security Council, urging the sides to agree on a ceasefire and allow humanitarian access to the Gaza Strip.

The US opposed the draft resolution, expressing its belief that it would undermine de-escalation efforts. However, reports have emerged suggesting that US President Joe Biden, along with State Secretary Antony Blinken, repeatedly suggested in calls with the top Israeli officials such as Netanyahu and Foreign Minister Gabi Ashkenazi that the US backing of the Israeli actions amid the most recent conflict in Gaza has a time limit and cannot last much longer.

Netanyahu on Wednesday reiterated that he was determined to continue the operation "until its goal is achieved - to bring back peace and security to [...]  the citizens of Israel."