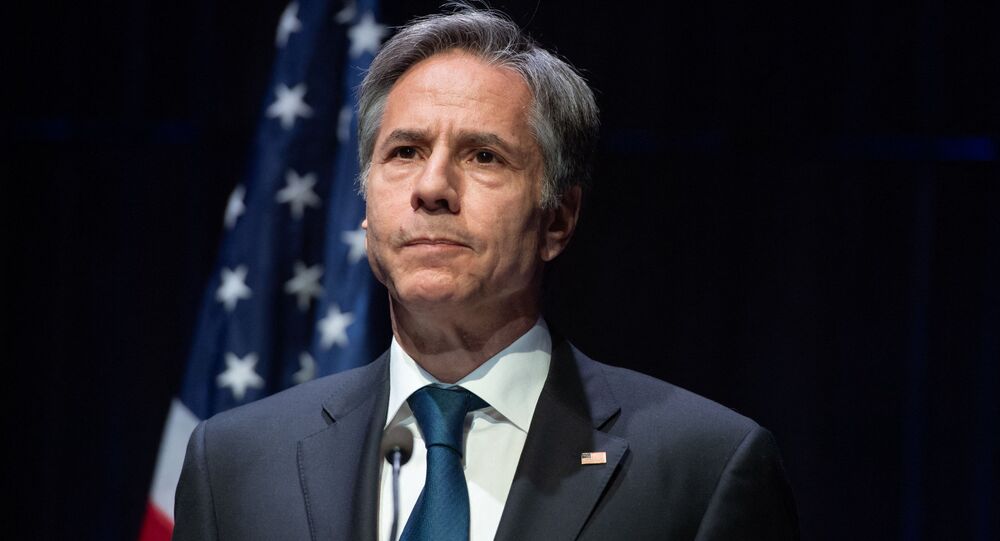 Earlier in the week, US President Joe Biden, according to a New York Times report, had a private call with Israeli PM Benjamin Netanyahu, suggesting that there is a time limit for the US to diplomatically cover Israeli actions amid tensions between Tel Aviv and Hamas.

Israeli Foreign Minister Gabi Ashkenazi, in a conversation with US State Secretary Antony Blinken on Wednesday, told the latter that Tel Aviv will need another few days to complete military operations in Gaza, having his counterpart responding that the US expects them to end soon, Axios reported, citing an Israeli official.

In the call, Blinken reportedly informed Ashkenazi that the US will not support the French initiative on Gaza at the UN Security Council, but American backing for Israel on the Gaza issue, particularly at the UN, cannot last much longer.

The State Department issued a statement after the call, saying that the Secretary and the Israeli FM discussed "efforts to end the violence, which has claimed the lives of Israeli and Palestinian civilians including children".

“The Secretary noted that the United States would remain engaged with Israel, the Palestinian Authority and regional stakeholders in the days ahead, and reinforced the message that the US expects to see de-escalation on the path to a ceasefire", the statement said.

Earlier in the day, France, together with Tunisia, Egypt and Jordan, introduced a draft resolution at the UN Security Council, calling for a ceasefire and humanitarian access to the Gaza Strip amid heated tensions between Israel and Hamas.

The draft of the resolution was shared by reporters on social media.

​The US voiced opposition to the initiative, asserting that it believes it undermines efforts to de-escalate the conflict.

Blinken's call with Ashkenazi comes shortly after two other calls, held between US President Joe Biden and Israeli PM Benjamin Netanyahu, along with a conversation between Secretary of Defense Lloyd Austin and his Israeli counterpart, Benny Gantz.

According to Tuesday's report by The NYT, Biden delivered a message that was firmer than the official US public stance, warning Netanyahu that there is a time limit for what he described as the US ability to provide diplomatic cover for the actions of the Israeli government amid the conflict with Hamas.

On Wednesday, Biden again spoke to Netanyahu, revealing that he expects "a significant de-escalation today on the path to a ceasefire". The Israeli PM, however, appeared to reiterate that he was "determined to continue this operation until its goal is achieved".

On the same day, a senior Hamas official, Mousa Abu Marzook, said that he expects a ceasefire to happen within "a day or two".

Hostility between Tel Aviv and Hamas escalated after the Israeli court moved to evict several Palestinian families from the neighbourhood of Sheikh Jarrah in Jerusalem, with some 4,000 rockets fired from the Gaza Strip towards Israel, over 1,200 of which were intercepted by the Israeli missile defence system.