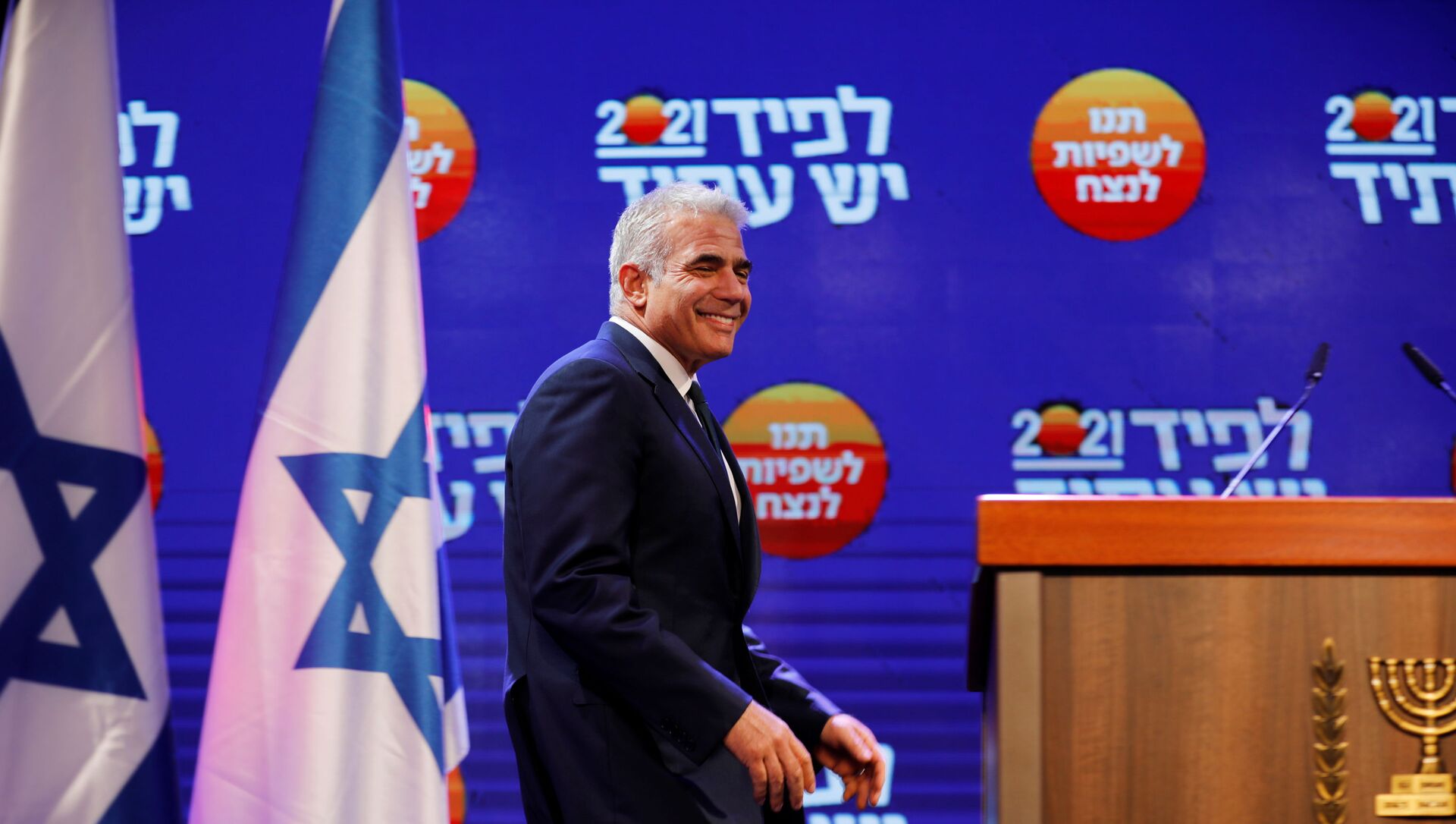 © REUTERS / AMIR COHEN
Subscribe
Elizabeth Blade
All materials
The head of Israel's opposition was counting on the support of the hawkish party Yamina to form a government. He was also hoping to build a bridge between them and Raam, an Islamic faction that has previously been accused of supporting terror. But the outbreak of the military campaign in Gaza has since turned these aspirations into fiction.

Only a week ago, the head of Israel's opposition Yair Lapid was certain he was inches away from forming a government.

Soon after receiving the mandate from the country's President Reuven Rivlin, he initiated a number of intense meetings with members of his potential coalition, six parties from the centre, left, and right. 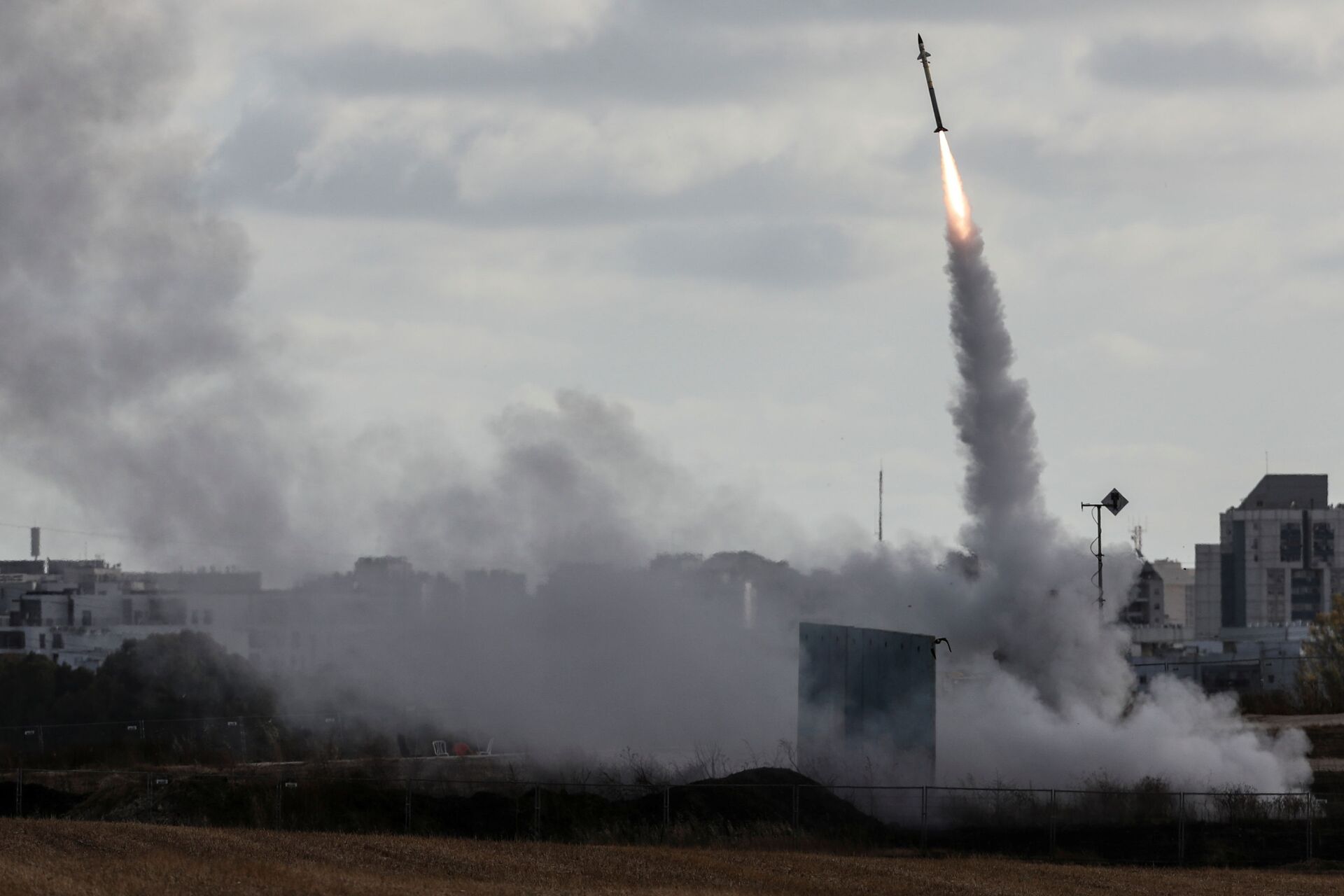 Israel's Iron Dome anti-missile system fires to intercept a rocket launched from the Gaza Strip towards Israel, as seen from Ashdod, Israel May 17, 2021
© REUTERS / RONEN ZVULUN

The biggest challenge for Lapid was securing the support of Naftali Bennett and his hawkish party Yamina and making sure the former defence minister was willing to sit in a coalition with Raam, an Islamic party that has previously been accused of supporting terror.

Life Had Other Plans

Lapid almost made it happen, but life had other plans. Last Monday, tensions that have been brewing between Israel and the Palestinians in Jerusalem reached a boiling point. After Hamas, who controls the Gaza Strip, fired missiles into Israeli towns and cities, including the capital, the Jewish state's responded with force, launching "Operation Guardian of the Walls".

According to Palestinian sources, more than 200 have been killed in Gaza over the past ten days. Hundreds have been wounded. Many buildings have been reduced to rubble and much of Hamas' infrastructure has been destroyed. 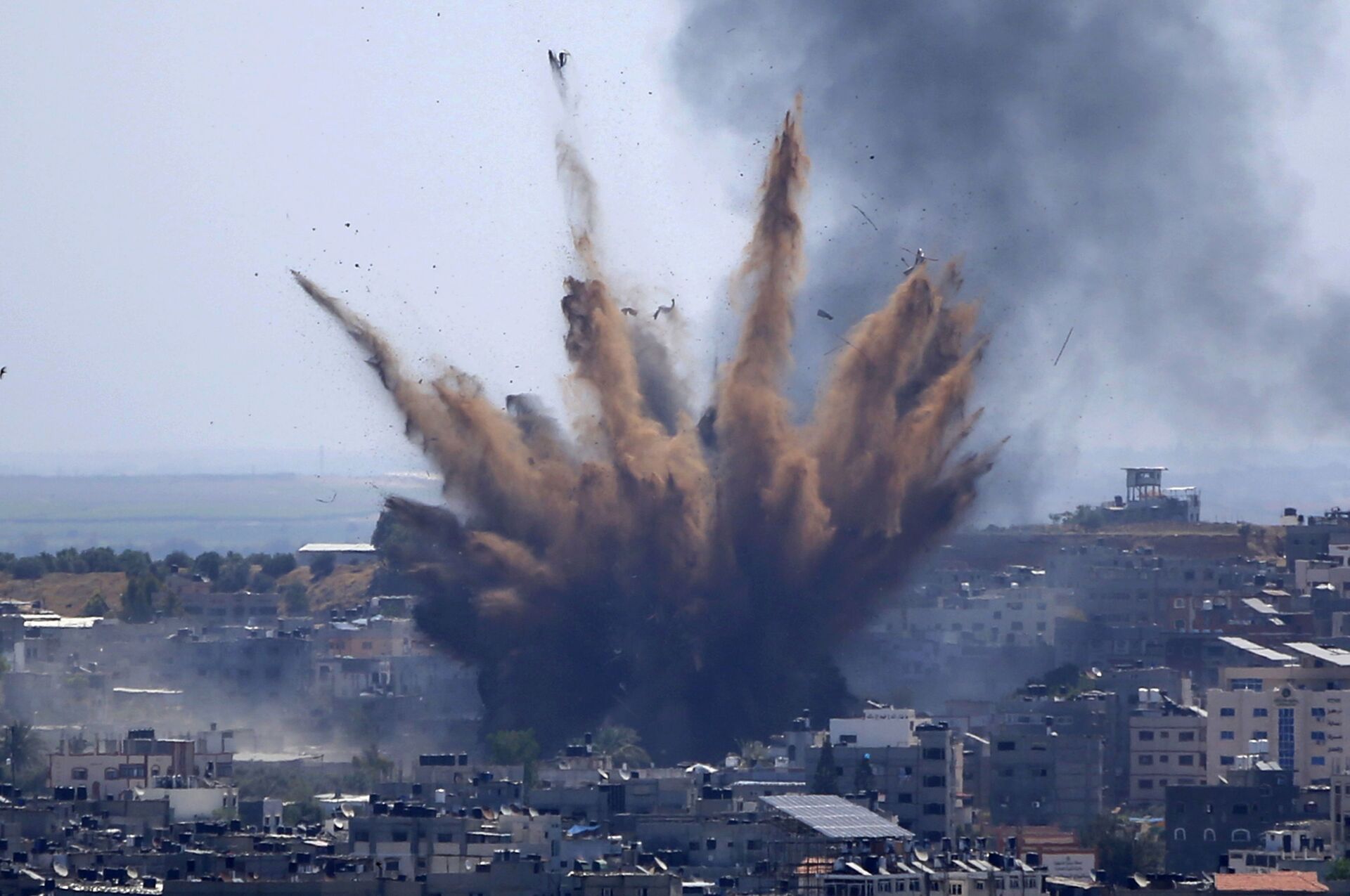 And so has Lapid's chances of forming a coalition. Following the outbreak of the operation, Bennett announced that an alternative government was no longer a viable option.

Lapid was still trying to make it work and continued business as usual, setting up meetings with other parties but he too realised the prospect of him deposing Prime Minister Benjamin Netanyahu and taking his place was slim to none.

Netanyahu's Waiting Around the Corner

He has less than two weeks to make it work, but Netanyahu isn't sitting around idly. The PM is waiting until Lapid's mandate expires and is expected to seize the opportunity and ask Rivlin for another chance.

His past four chances to form a government ended in fiasco, but his time around he might actually succeed.

Since it began "Operation Guardian of the Walls" has claimed the lives of 12 Israelis and wounded dozens of others. But the devastation wrought by the IDF on Hamas, deemed a terrorist organisation by Israel, has since led many in the country to believe that Netanyahu remains the best for the nation when it comes to security. 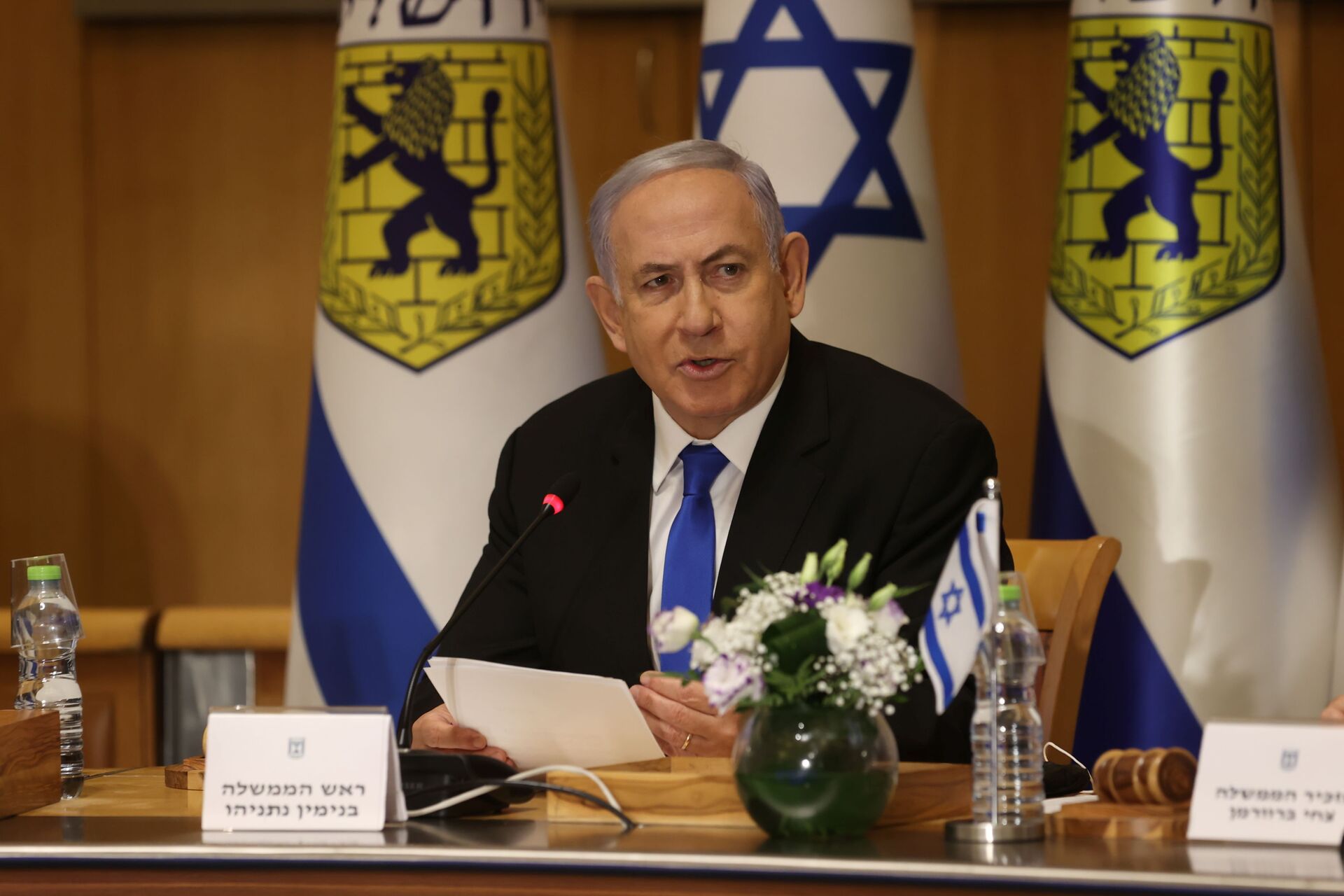 Netanyahu's political rivals have also reached their own conclusions. Bennett realised that a coalition relying on Arab parties would not work, simply because they would never give a green light to such a military campaign.

Defence Minister Benny Gantz came to the realisation that he could potentially put his differences with the PM aside and work with him shoulder-to-shoulder amid the ongoing hostilities. And Gideon Saar, a defector from the PM's party Likud, understood that sitting down for talks with Netanyahu should not be rejected.

Such a scenario wasn't even an option not so long ago. Being a fierce opponent of the PM, Saar built his election campaign around the sole promise that he would not join a coalition led by Netanyahu. "Operation Guardian of the Walls" has changed that equation and recent reports suggest he is now considering starting talks with Likud to form a fully right-wing government. 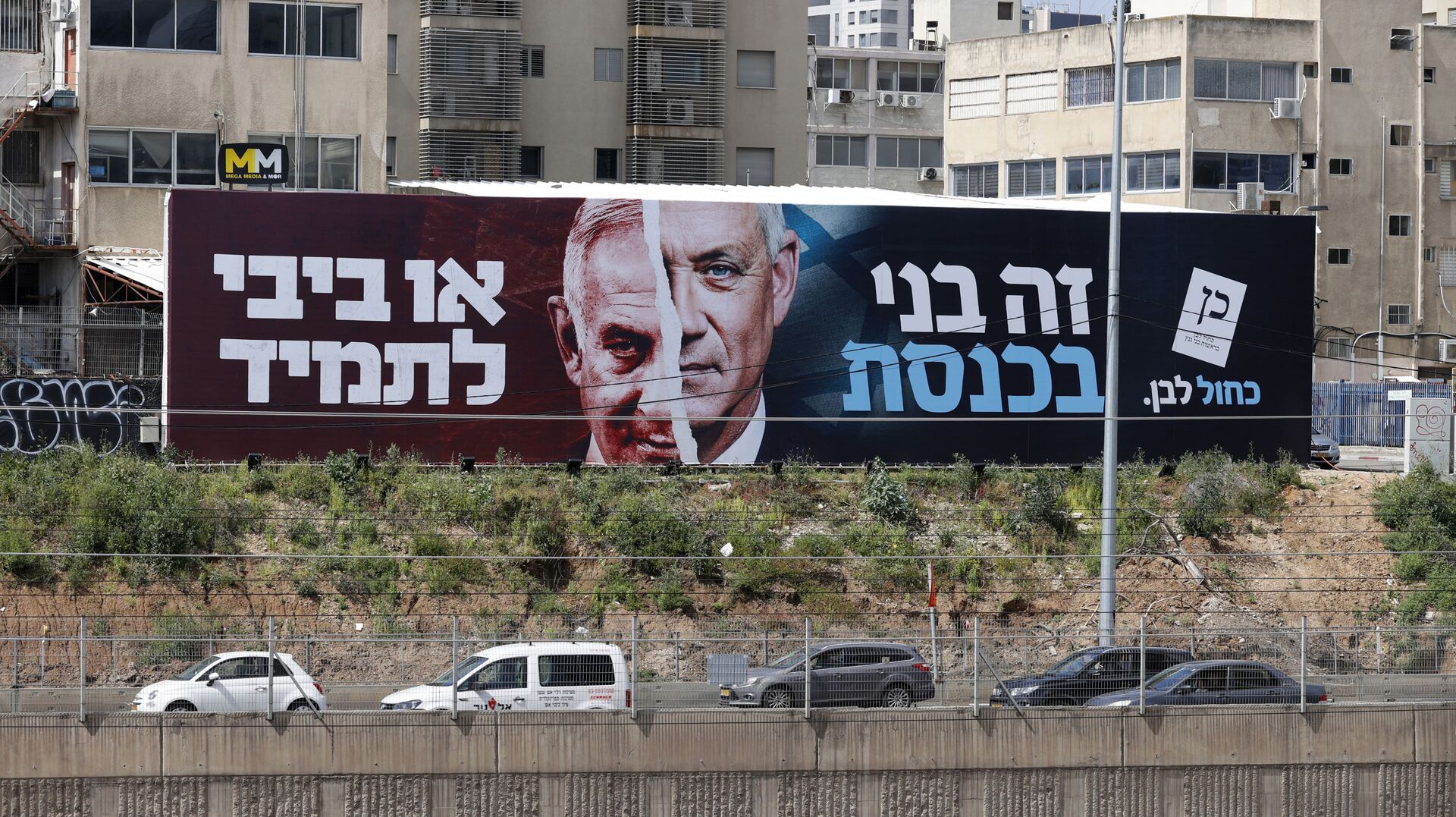 Cars drive past an election campaign billboard for Israel's Blue and White opposition party led by Benny Gantz (R) depicting him and Israeli Prime Minister Benjamin Netanyahu of the Likud party, on a highway in the coastal city of Tel Aviv, on March 12, 2021, ahead of the March 23 general election. The writing in Hebrew reads "Benny to the Knesset or Bibi for ever".
© AFP 2021 / JACK GUEZ

The two will have many gaps to bridge before some sort of cooperation can actually happen, but a homogeneous government of hawkish parties appears to be a realistic scenario.

There are, however, no guarantees that Netanyahu and Saar will reach an agreement and that the PM will be able to secure the 61 signatures needed for him to form a government. And if this is the case, Israel is likely to head to the polls yet again, the fifth in slightly more than two years.

000000
Popular comments
Exactly as Bibi planned when he had his storm troopers burst into Al Aqsa on the last evening of Ramadan.

TruePatriot
20 May, 09:56 GMT1
000000
yahu is loving this, causing mayhem for the sake of holding on to power, israelis need to wake up to this meglamaniac murderer of women and children.