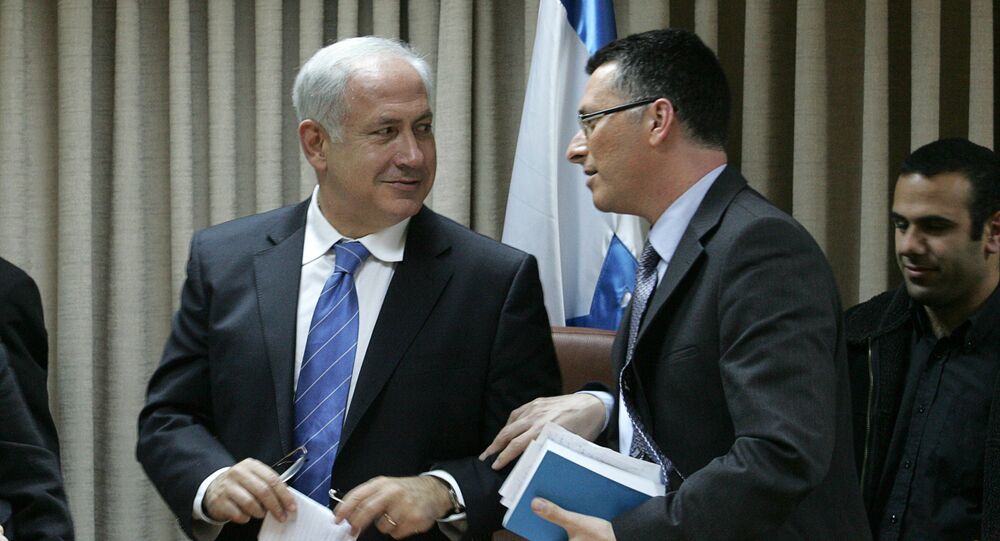 MOSCOW (Sputnik) – Israel's major centre-right party, Likud, headed by Prime Minister Benjamin Netanyahu, has seen its lead drop to a single-digit level for the first time since the New Hope party was formed in early December by former Netanyahu ally Gideon Saar, a fresh poll showed, indicating that the opposition is getting close to Likud.

As of now, Israel is steadily heading toward having its fourth election in two years after the collapse of Netanyahu’s centre-right coalition. The snap parliamentary elections will take place on 23 March.

A poll conducted for The Jerusalem Post and its sister publication, Maariv, found that, alongside the competition with Saar’s faction, Likud’s lead over the centrist Yesh Atid party, run by opposition chief Yair Lapid, has fallen to just nine seats.

Saar shared his expectations that his faction would start rising and reach its peak on election day, according to media reports.

According to other recent polls, it was found that when respondents were asked who was most fit for the prime minister post, that Saar performed best against Netanyahu, with the latter's lead over the New Hope leader being 4 percent.

The survey, with over 500 interviewees representing a statistical sample of the adult Israeli population, has a 4.2 percent margin of error.

Former Likud member Gideon Saar announced his exit from the party on 8 December, as he was due to establish a new faction ahead of the March election campaign.