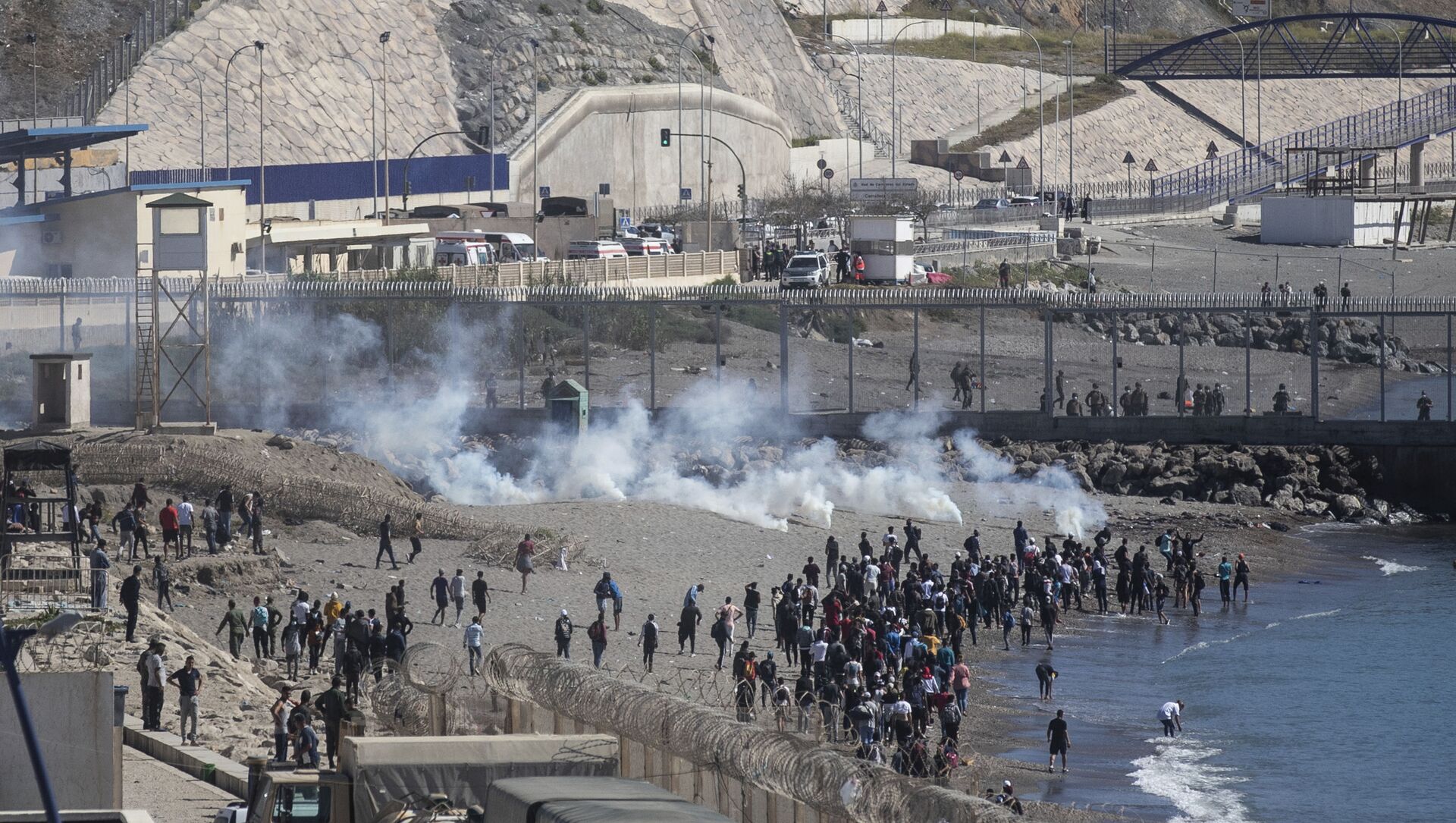 The Western Sahara is a huge area of desert bordering the Atlantic Ocean, sandwiched between Morocco and Mauritania. In 1975 the Spanish abandoned the former colony and Morocco sent in troops and settlers to take it over.

The Spanish high court has served Brahim Ghali, the leader of the Western Sahara independence movement, with summons on charges of war crimes.

It comes only days after 8,000 African migrants streamed across the Moroccan border into the Spanish territory of Ceuta, putting intense pressure on the tiny enclave’s infrastructure.

Ghali, who is being treated for a severe case of COVID-19 in a hospital in the Spanish city of Logroño, is the leader of the Polisario Front, who have resisted the Moroccan occupation of Western Sahara since the 1970s.

https://t.co/1epwDuBCOi The Foreign Minister of Morocco Nasser #Bourita has condemned Spain's decision to welcome Brahim Ghali to its territory under a false Algerian identity and with forged papers.

​When Ghali arrived in Spain for treatment last month it infuriated the Morocco, which said it "deplores the attitude of Spain" for hosting a man suspected of "serious war crimes and grave human rights abuses."

The Kingdom of Morocco deplores the attitude of Spain, which hosts on its territory the man named Brahim Ghali, leader of the "polisario" separatist militias, sued for serious war crimes and grave human rights abuses.

Although more than half of the migrants were deported back to Morocco on Wednesday, 19 May, the surge has strained relations between Madrid and Rabat.

Spain’s Prime Minister Pedro Sanchez cancelled a trip to Paris to visit Ceuta, where Spanish military reinforcements and police have been deployed along the border.

On Wednesday he told the Spanish parliament: "This is an act of defiance. The lack of border control by Morocco is not a show of disrespect of Spain, but rather of the European Union."

Morocco moved its troops on the Saharawi protesters and so the ceasefire became a thing of the past in November of last year. Since then, there has been fighting between the Moroccan army and the Saharawi POLISARIO along the Moroccan wall that divides Western Sahara 13/ pic.twitter.com/c0abppojuA

​Ceuta - which has belonged to Spain since the 16th century - has become a magnet for migrants from Morocco and sub-Saharan Africa seeking to enter Europe.

Spain said it had allowed Ghali in as a "humanitarian gesture" but they appear to have under-estimated the diplomatic storm it would provoke, which has echoes of what happened when former Chilean military dictator General Augusto Pinochet arrived in Britain in 1998 for surgery on his back.

​Pinochet was arrested on a Spanish extradition warrant on charges of abusing human rights but was eventually allowed to return to Chile. Reuters reported Ghali declined to sign the Spanish court summons and said sources close to the Spanish authorities believed he would be able to leave Spain as he holds a diplomatic passport from Algeria, which has always supported the Polisario Front.

The summons claims Ghali and other Polisario Front leaders committed genocide, murder, terrorism, torture and rape in desert camps at Tindouf, along the border between Western Sahara and Algeria.

In December, in the dog days of the Trump administration, the US government said it would recognise Morocco's sovereignty over Western Sahara and Joe Biden is reportedly unwilling to reverse the controversial decision. Britain has said it does not recognise Moroccan sovereignty.