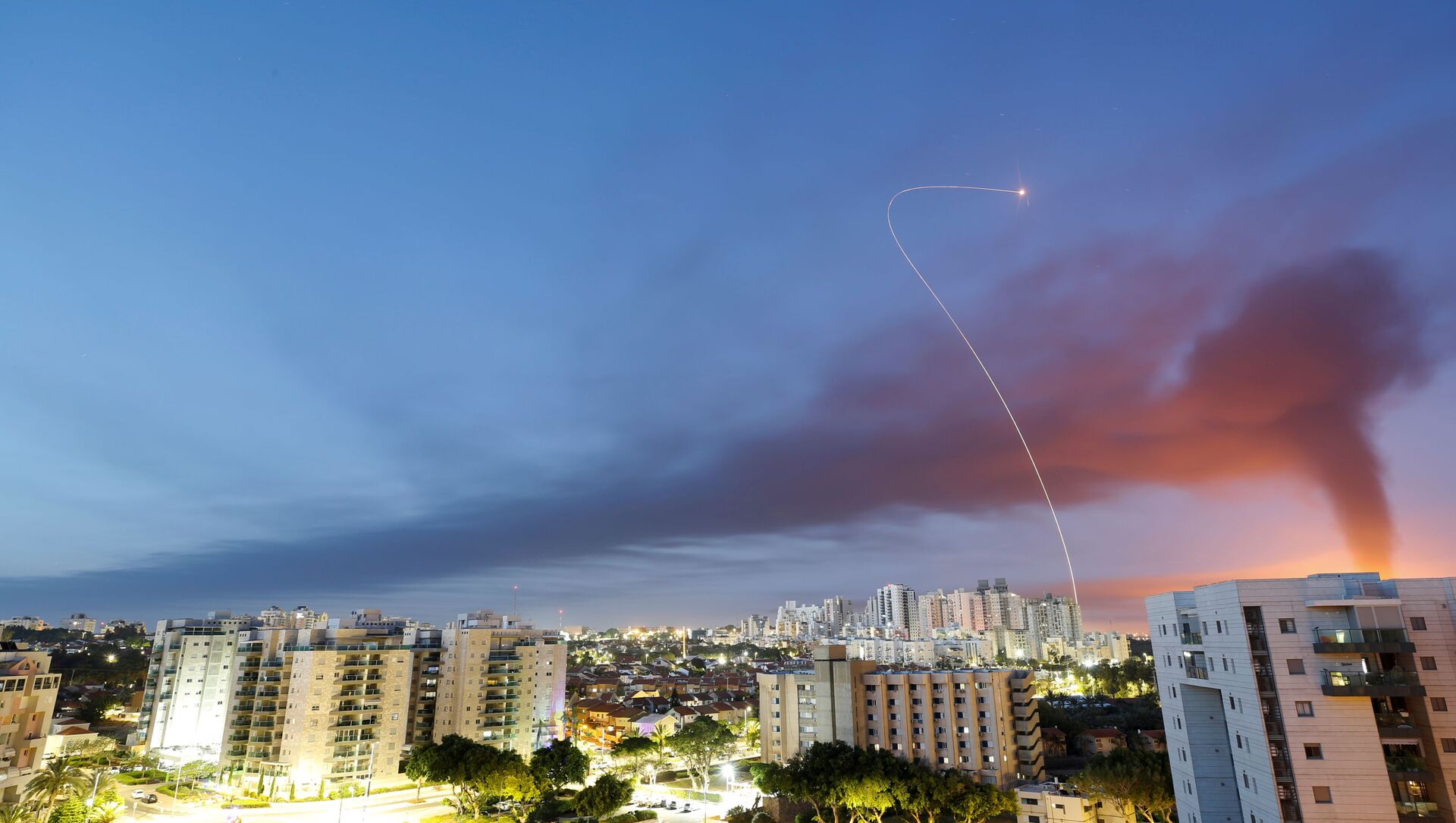 Kirill Kurevlev
Correspondent
All materialsWrite to the author
Earlier in the day, the military wing of Hamas, the Al-Qassam Brigades, reported a strike on Jerusalem, after launching a rocket barrage on Tel Aviv. Sirens in the Israeli capital were activated at least two times in half an hour, with reports of the country's Iron Dome aerial defense system intercepting dozens of missiles.

Red Alert sirens, warning of a possible rocket attack, sounded in southern Israel in the city of Kerem Shalom, located at the Israel-Gaza Strip border near the Palestinian city of Rafah.

According to local media reports, Palestinian missiles were reported across several border areas of the Jewish state.

Before the sirens sounded, a three-hour calm was reportedly set over Israeli skies.

Multiple sirens were also heard over the city of Sderot and its surrounding settlements, which are close to the border as well.  Rocket sirens were also activated for the third time since morning in Israeli towns along the Gaza border, including Nir Oz, Nirim, and Ein Hashlosha.

On Wednesday evening, the armed Palestinian group, Islamic Jihad reportedly stated that in retaliation to IDF's recent airstrikes conducted in the Gaza Strip, the fighters will provide "an even wider response."

According to media reports, citing live cams installed within Gaza City, a blast was recorded within the city limits, although it was not immediately clear what caused the explosion.

Over the last day, sirens have sounded in southern, central and, for the first time, in northern Israel. According to reports, Tel Aviv Ben Gurion International Airport was forced to turn around an arriving plane due to the danger of rocket fire.

Since the fiery conflict broke out on Monday, Palestinian groups have fired over 1,500 rockets at Israel from Gaza, and about 350 more rockets did not cross the border and exploded within the Strip. Israel's Iron Dome missile defense system intercepted most of them, according to the Israel Defense Forces. As a result of rocket attacks, six Israelis were killed and more than 200 were injured. Israel attacked the Gaza Strip, killing 67 people, Palestinian authorities reported.