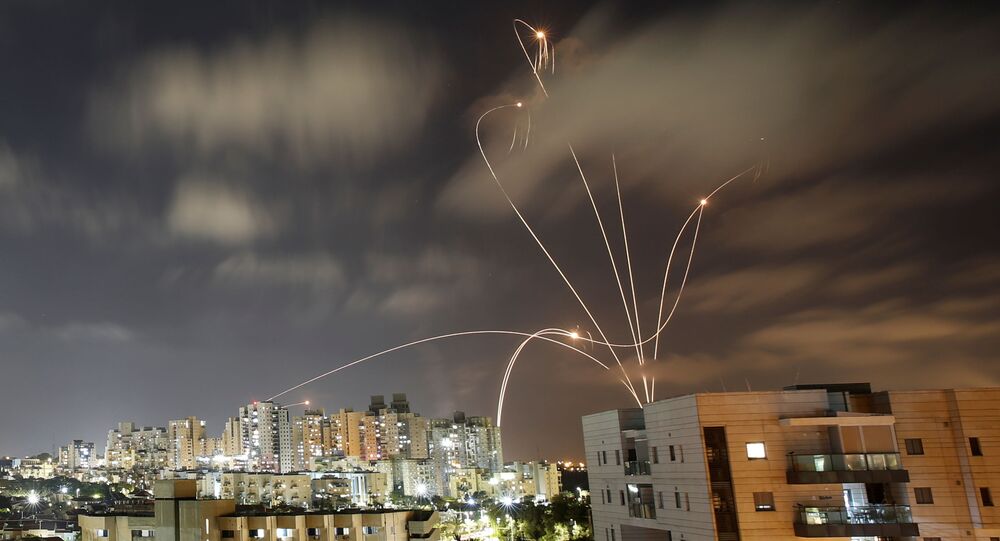 Over the last several days, a barrage of rocket fire has been exchanged along the Gaza Strip between Hamas and the Israel Defense Forces. The deadly escalation has prompted widespread outcry and calls from various world leaders for parties to exercise restraint.

US President Joe Biden remarked during a Wednesday address that he anticipates the tensions between Israeli and Palestinian officials will come to an end "sooner rather than later."

In comments to reporters, the US president acknowledged that administration officials have been in "constant contact" with their Middle East counterparts.

"My expectations - hope - is that this will be closing down sooner rather than later," Biden told reporters. "Israel has a right to defend itself when you have thousands of rockets flying into your territory."

Biden later added that he intends to release details about the conversation he previously had with Israeli Prime Minister Benjamin Netanyahu "shortly."

Biden's remarks on the growing tensions came after a state of emergency was declared late Tuesday in the Israeli city of Lod once violent rioting became too much for local law enforcement officials to settle.

Earlier, the Israel Defense Forces indicated that the current exchanges have far exceeded altercations encountered during the 2014 clashes in the region. To date, at least 72 people have died amid the continued fighting, many of whom are Palestinian civilians. Several children have been included in the increasing death toll.

The White House previously indicated that it would be nominating a "qualified, experienced ambassador" to help de-escalate tensions between Israelis and Palestinians.

Fire and Brimstone: Israel and Gaza Exchange Barrage of Rockets in Latest Spike of Hostilities