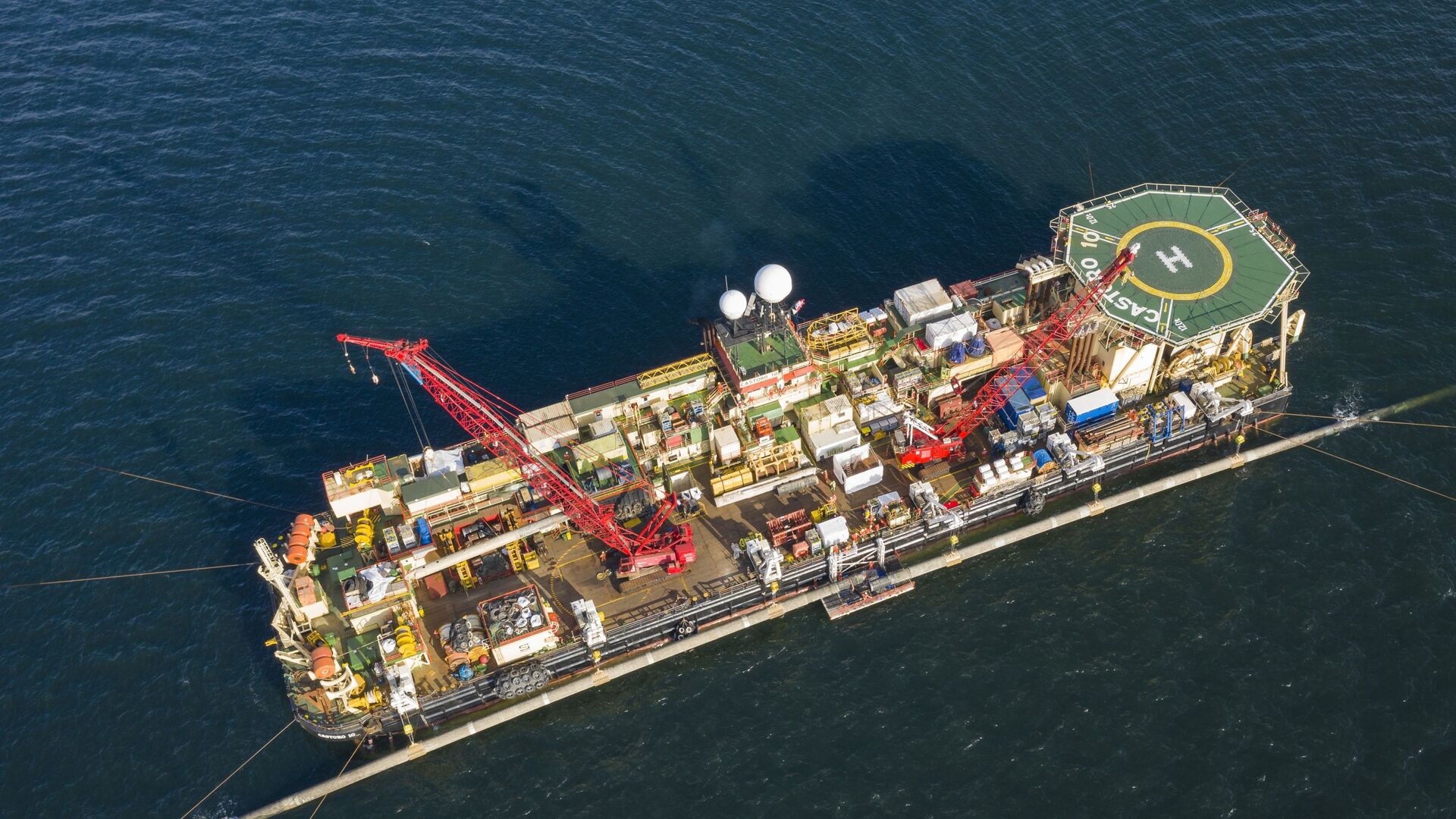 Tim Korso
All materials
Washington has been strongly opposed to the Nord Stream 2, a joint project by Russia's Gazprom and European energy giants, trying to stop its construction with sanctions. The European beneficiaries of the project have condemned the US meddling in the bloc's economic and energy affairs.

The Nord Stream 2 pipeline is an economic project beneficial to German interests and thus must be completed in the shortest term possible, parliamentary co-leader of the German party The Left, Dietmar Bartsch has stated. The lawmaker, who is expected to fight for the chancellor's seat in this year's election, added that the US must not create obstacles for the project's completion.

"Washington must not make decisions for Germany and Europe regarding their energy security. Partners do not resort to blackmail and threats in their relations", Bartsch stressed.

The US has repeatedly objected to the plans of European countries to complete and certify the Nord Stream 2 pipeline, which was designed to deliver up to 55 billion cubic metres of Russian natural gas per year. Washington claims the pipeline undermines European energy security, making it dependent upon Moscow, and suggests buying American or Israeli LNG instead. The White House also expressed concern that Nord Stream 2 will deprive Ukraine of lucrative contracts on the transit of Russian gas through its territory. The latter has been disrupted by Kiev multiple times in the past.

EU powers, especially Germany, have defended the project, insisting that the continent's energy supplies are sufficiently diversified. German politicians and lawmakers regularly denounce the sanctions Washington has put in place in order to force European countries to abandon the pipeline. Russia, for its part, has assured the West that gas transit through Ukraine will continue as long as it remains economically viable.

The Nord Stream 2 is now in the final stages of construction despite the US countermeasures. Around 5% of the pipe remains to be built according to statements by the operating company. The question, however, remains whether any European entity will agree to certify the pipeline once it's complete to allow it to turn on the taps, as they would risk falling under American sanctions by doing so.