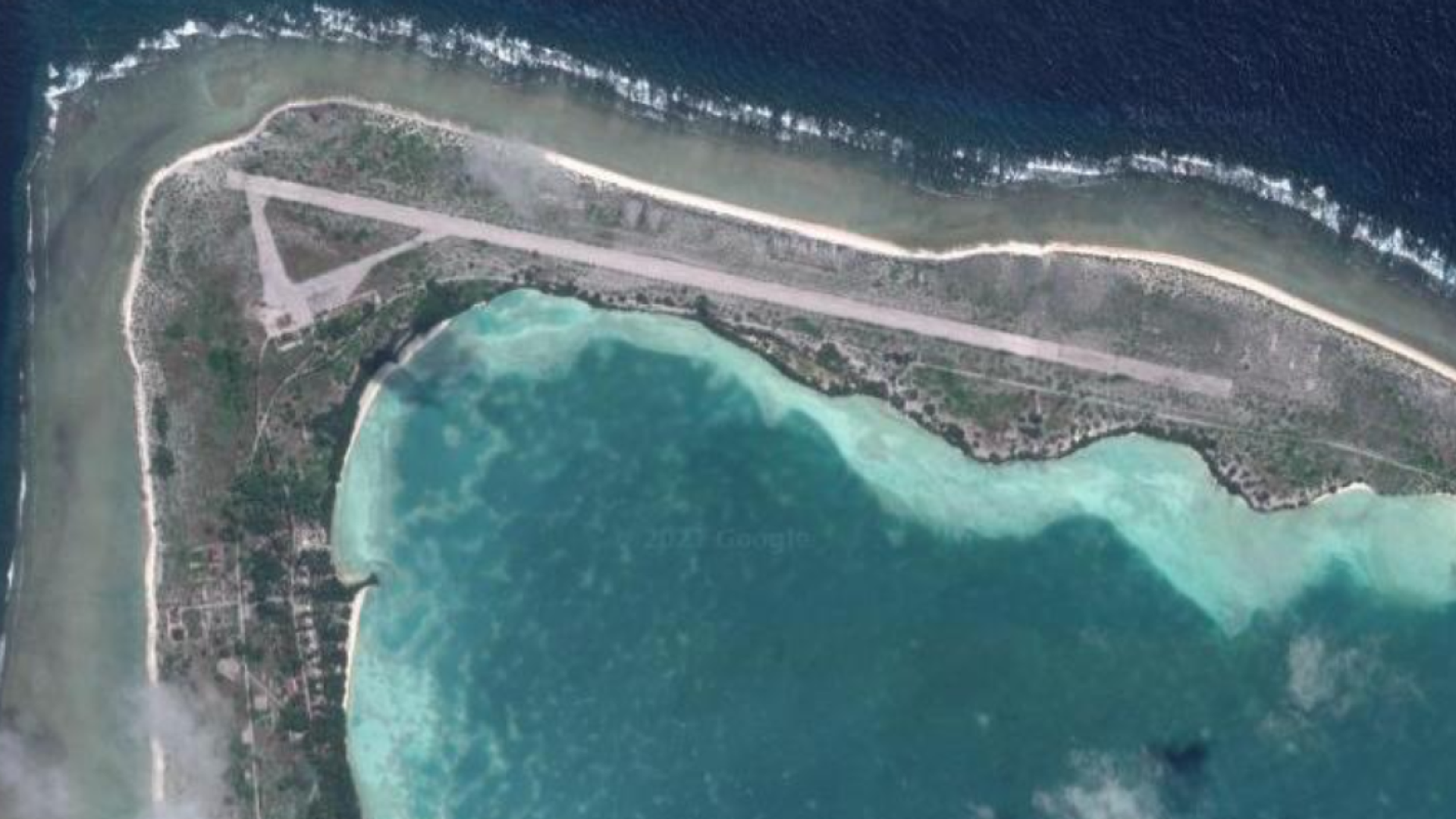 Morgan Artyukhina
All materialsWrite to the author
While Western strategists continue to worry China may turn some remote Pacific island into a new military base, the US operates several large military facilities in the region, some just 400 miles from the Chinese coast.

A derelict airfield on a remote Pacific island in the Republic of Kiribati could soon get an upgrade from the People’s Republic of China. The two nations re-established ties two years ago and have embarked on new cooperation projects, including infrastructure investment as well as trade and cultural exchanges.

According to a report by Reuters, Gilbertese opposition lawmaker Tessie Lambourne told the outlet the government of Kiribati President Taneti Maamau had been negotiating repairing the airfield on Kanton Island with China, but had not been informed if it was part of the Belt and Road Initiative.

“The government hasn’t shared the cost and other details other than it’s a feasibility study for the rehabilitation of the runway and bridge,” Lambourne told Reuters. “The opposition will be seeking more information from the government in due course.” 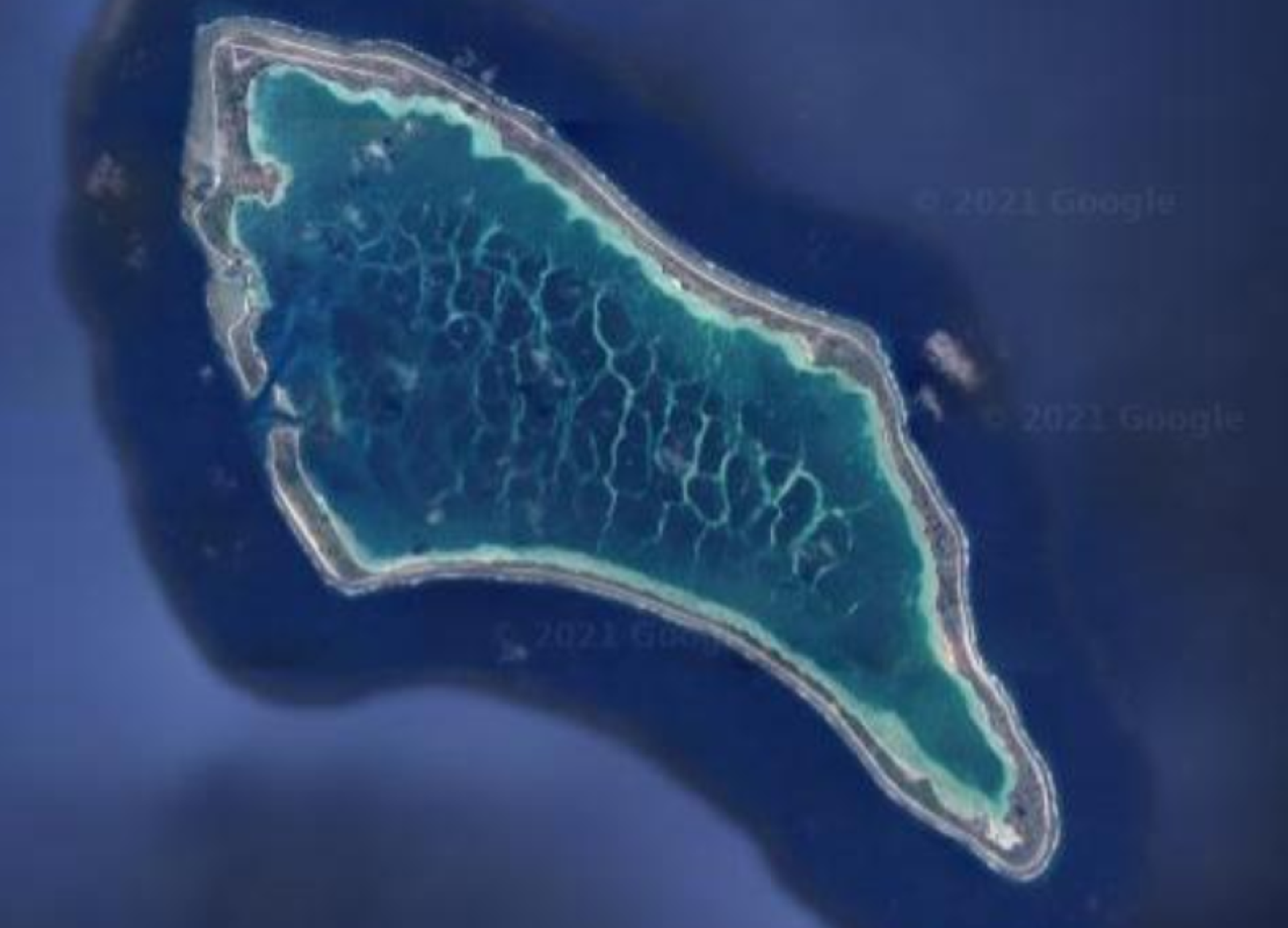 Kiribati's Kanton Island, an atoll located 5,280 miles southeast of Hong Kong, 1,850 miles southwest of Hawaii, and 800 miles north of the US territory of American Samoa. Its derelict airstrip is located in the northwest corner.
© Google Earth

According to Google Earth measurements, Kanton is located 5,280 miles southeast of Hong Kong, 1,850 miles southwest of Hawaii, and 800 miles north of the US territory of American Samoa. The airstrip, located on the northwestern corner of the porkchop-shaped atoll, is about 8,000 feet long, but only 6,500 feet of it looks remotely usable, with the remaining 1,500 feet overgrown with trees and shrubs.

The airstrip was built in the 1940s by the US Navy. Previously, PanAm had envisioned using the island’s large, almost totally-enclosed lagoon as a stop-off point for flying boat service to New Zealand. The island itself has just two dozen inhabitants today and the airstrip has only been used sporadically since World War II.

One “adviser to Pacific governments” told Reuters that if repaired, Kanton “would be a fixed aircraft carrier.” However, the airstrip would require considerably more construction in order to turn it into any kind of militarized facility, including hangars, repair facilities, storage, and, of course, housing. At its present length, it could accommodate some fighter jets with shorter takeoff distances, but larger transports or bombers - the ones with the gas tanks to fly that far out - aren’t going to be able to use the runway even if it is restored to its full length. 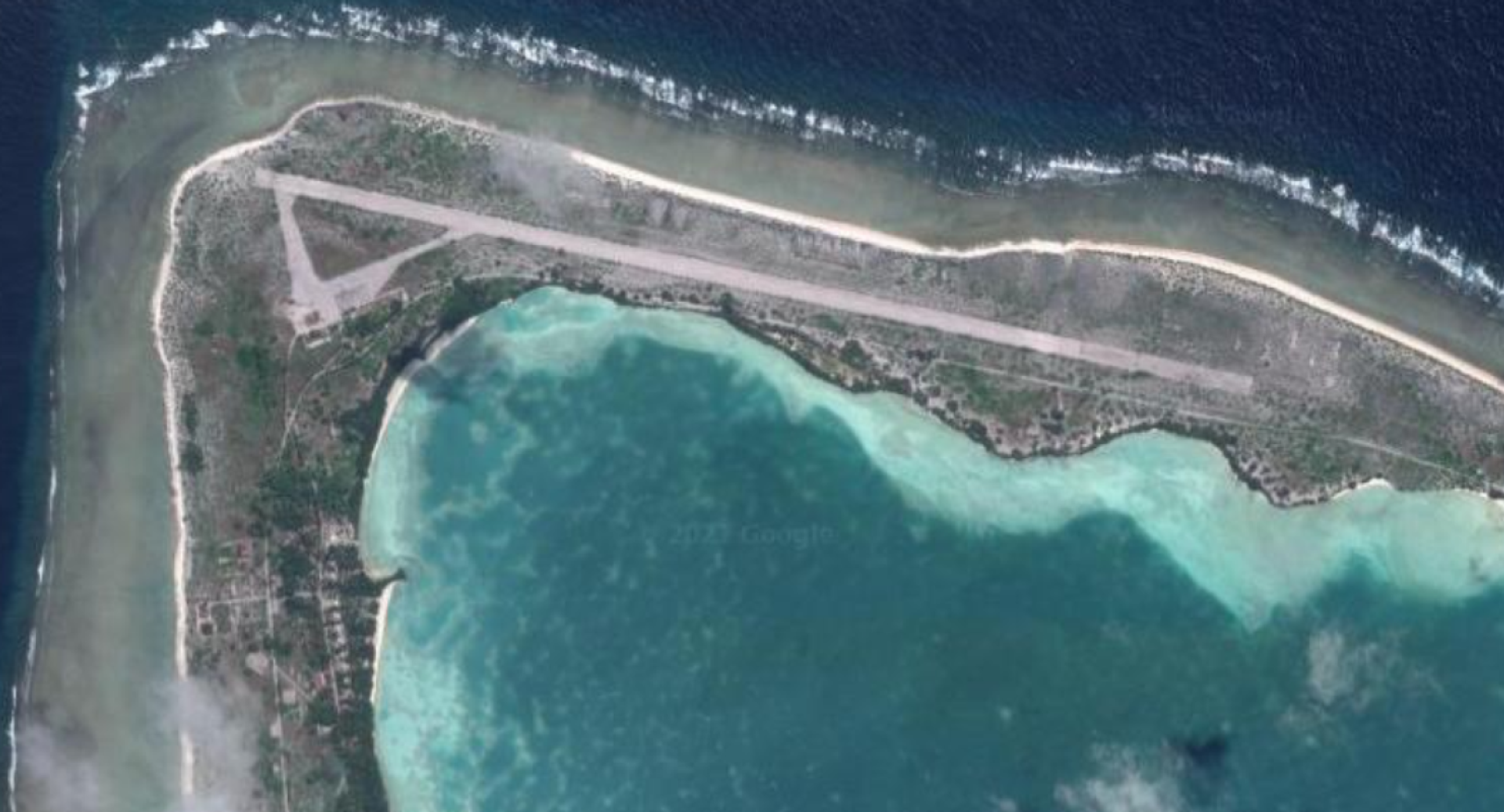 The derelict airfield on Kanton Island, Kiribati. While measuring 8,000 feet in length, the easternmost 1,500 feet of the airstrip are overgrown with shrubs and trees, leaving just 6,500 feet for possible use.

The Australian Strategic Policy Institute (ASPI), a Canberra-based think tank funded in part by the Australian Department of Defense, fretted in a September 2020 article that Beijing was likely to reclaim seabed and expand island installations in Kiribati as well as fortify them, as it has done to some South China Sea islands. It accused China of “moving to achieve control over the vital trans-Pacific sea lines of communication under the guise of assisting with economic development and climate-change adaptation.”

The think tank noted that Pacific islands are “vulnerable” to Chinese influence because of their dependence on other nations for financial support, but the same could also be said of the government on Taiwan, which is largely kept afloat by informal military and trade deals with the United States, despite Washington having switched its recognition from Taipei to Beijing in 1979.

The War Zone noted the airstrip, if it even becomes a military facility, which is also far from certain, would most likely be used as a base for the plethora of unmanned reconnaissance drones used by the People’s Liberation Army.

Indeed, Lambourne’s concern is whether the airstrip will be part of the Belt and Road Initiative, a globe-spanning infrastructure megaproject sponsored by Beijing that is building or expanding transportation as well as electrical networks, with projects ranging from wind farms in Kenya to port facilities in Pakistan and railroads across Central Asia.

In January 2020, just months after Kiribati switched its recognition of the Chinese government from Taipei to Beijing, the two nations announced a Kiribati 20-Year Vision development plan. According to China Global Television, this will include cooperation on “economy and trade, fishery, agriculture, education, healthcare and people-to-people exchanges,” as well as global issues such as climate change, to which the network of low reefs and islets that make up Kiribati are uniquely vulnerable. In 2014, then-president Anote Tong urged that "according to the projections, within this century, the water will be higher than the highest point in our lands.”

Just 14 nations continue to recognize the government in Taiwan as representative of China, four of which are Pacific island nations: Palau, Nauru, Tuvalu, and the Marshall Islands. A year before Kiribati switched its recognition, the Solomon Islands also recognized Beijing, and Australia and some Western media began to fret that Beijing would seek to establish military facilities there. Those fears were heavily based on false reports that China had been scouting Vanuatu, another Pacific island nation, for a new naval base location; instead, China financed a $90 million wharf on Vanuatu’s Santo Island.