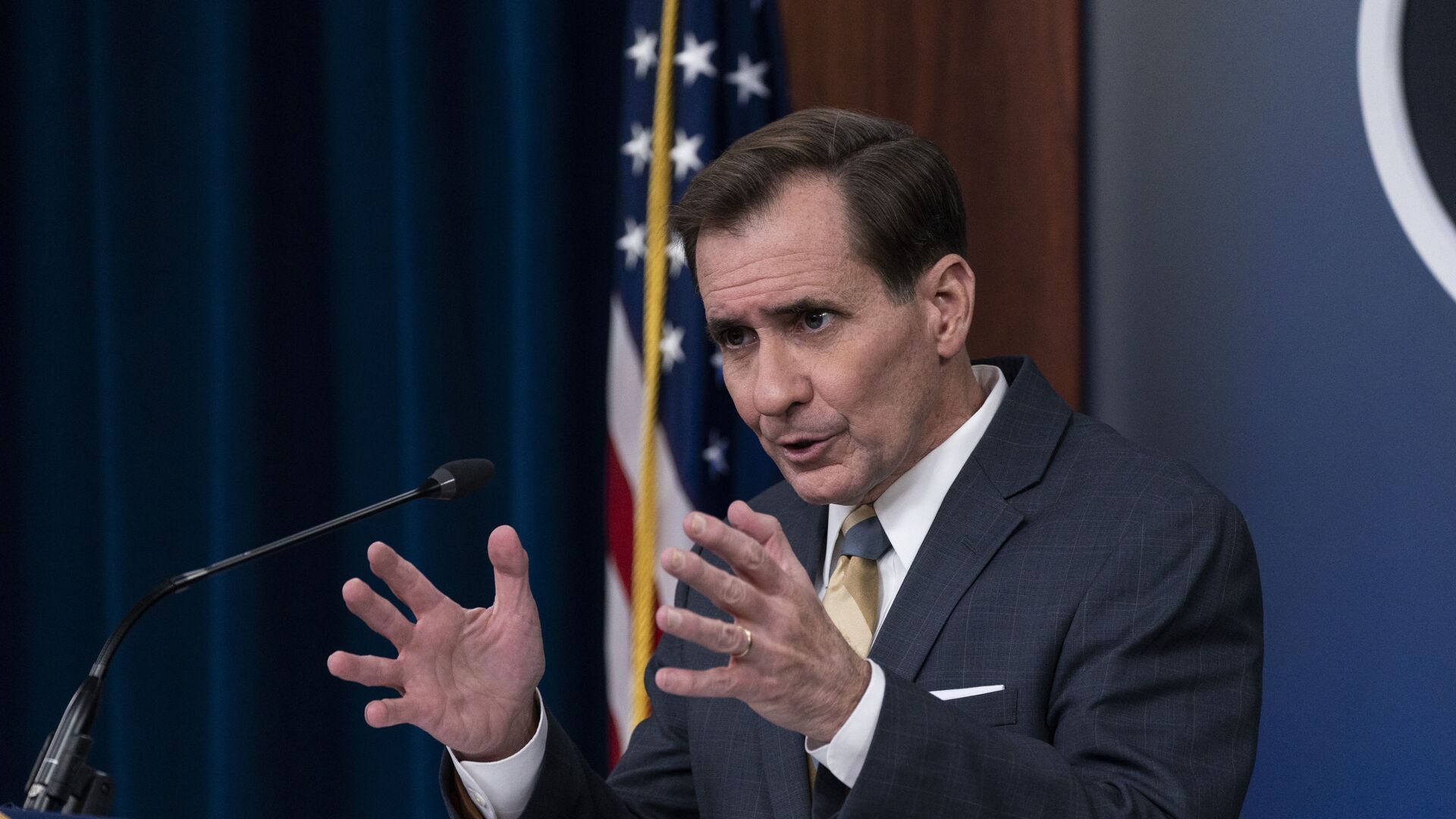 Andrei Dergalin
All materialsWrite to the author
While Kirby insisted that the US has a “strong military relationship” with Poland, he refused to answer the question about the strip club incident.

Pentagon Spokesman John Kirby has recently become the star of a viral video after being asked about a US Army major’s alleged escapades with strippers in a Polish night club.

“An Army major was reportedly drugged and bitten by strippers in Poland, will that affect the US military's footprint in that country?” Jeff Schogol, senior Pentagon reporter for Task & Purpose, inquired.

Visibly surprised and looking like he was stifling a laugh, Kirby finally replied that he doesn’t know anything about that story and that he’ll “have a look at it,” without saying any more.

Asking the tough question to get YOU the answers you deserve pic.twitter.com/VTx7rUgVSw

​"Jeff, let me just state clearly that we have a strong military relationship with Poland and we expect to see that continue to grow and to improve," the retired admiral added. "But I don’t know anything about this particular item."

As the video of that scene emerged on social media, a number of netizens wasted no time in making jokes.

The look on the Press Sec's face as he ponders if @TaskandPurpose gave a press pass to the Punk'd crew is gold.

That face he made was like “wait, wtf are you serious?” Then looks over with a dead eye at most likely his assistant “we are about to have a come to Jesus meeting” pic.twitter.com/xl6EMDX7FS

*Leaves the briefing room* “What the everloving popsicle sticks was that guy talking about?”

The incident allegedly occurred last September, with Major Matthew Conner of the 1st Battalion of the 101st Combat Aviation Brigade claiming that he was drugged by strippers while visiting an “off-limits” strip club in Gdansk, and that the strippers "bit his nipples to keep him awake, and repeatedly had his credit card swiped."