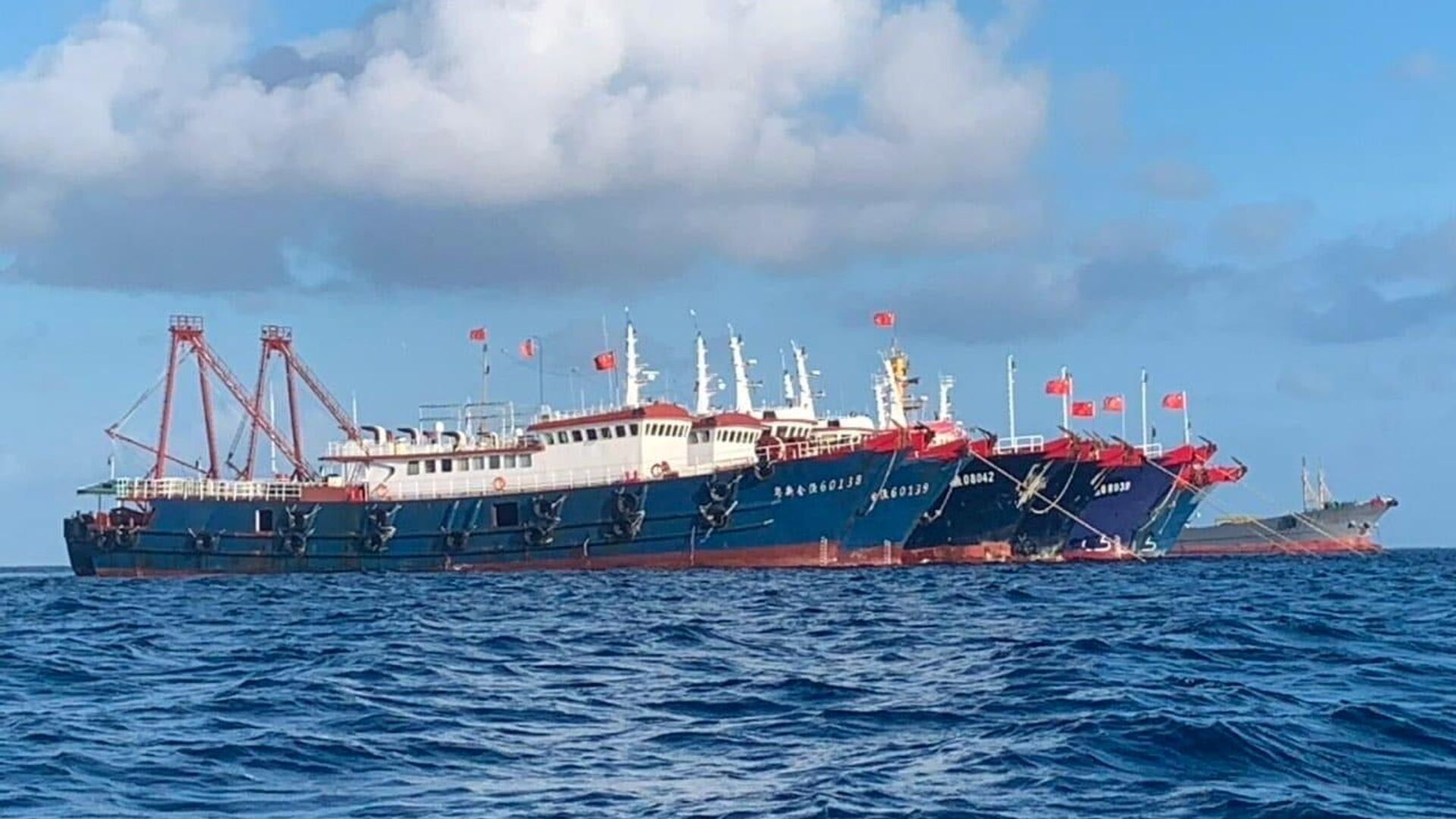 Ekaterina Blinova
All materialsWrite to the author
The US will "maintain a strong military presence in the Indo-Pacific," President Joe Biden emphasised in his 65-minute address to a joint session of Congress on 28 April. The rationale behind this military buildup is "not to start conflict – but to prevent one," he asserted. How could Washington's new strategy play out in the region?

Speaking in front of Congress on Wednesday, Joe Biden emphasised the necessity of the military buildup in the Indo-Pacific while outlining the White House's new China strategy: "In my discussion with President Xi, I told him that we welcome the competition – and that we are not looking for conflict," he said, pledging to "defend American interests, target China's "unfair trade practices" and apparent "human rights" violations.

"Biden's remarks represent a recognition in the US foreign policy establishment that the leading challenge to the United states is the rise of China," notes John Rennie Short, political analyst and professor of public policy at the University of Maryland.

Washington's planned withdrawal from Afghanistan by September 2021 is also a recognition that the US needs to fully pivot to Asia, according to the professor: "No more long wars in faraway places with a little strategic advantage."

Meanwhile, the US Navy’s special operations forces are also switching the focus from counter-terror actions from the Middle East and Central Asia, to "global threats." Speaking to the Associated Press on Wednesday, top US SEALs commander Rear Adm. H. Wyman Howard III said that the Navy is returning "to sea" as part of the Pentagon's broader plan to prioritise China and Russia as Washington's major challenges.

Biden's strategic shift is the continuation of Barack Obama's Pivot to Asia, says Jay Batongbacal, an associate professor at the University of the Philippines College of Law and director of the university's Institute for Maritime Affairs and Law of the Sea.

"The underlying rationale for the original Pivot to Asia (i.e., that it is to become the centre of gravity for the world economy, with its growing producer and consumer markets, better economic growth prospects) holds true despite the passage of time," he notes. "The expansion of the pivot to the Indo-Pacific rather than only Asia reflects the adjustment and realisation that the area for competition with other major powers like China and Russia is now much wider and broader than the Asian continent." 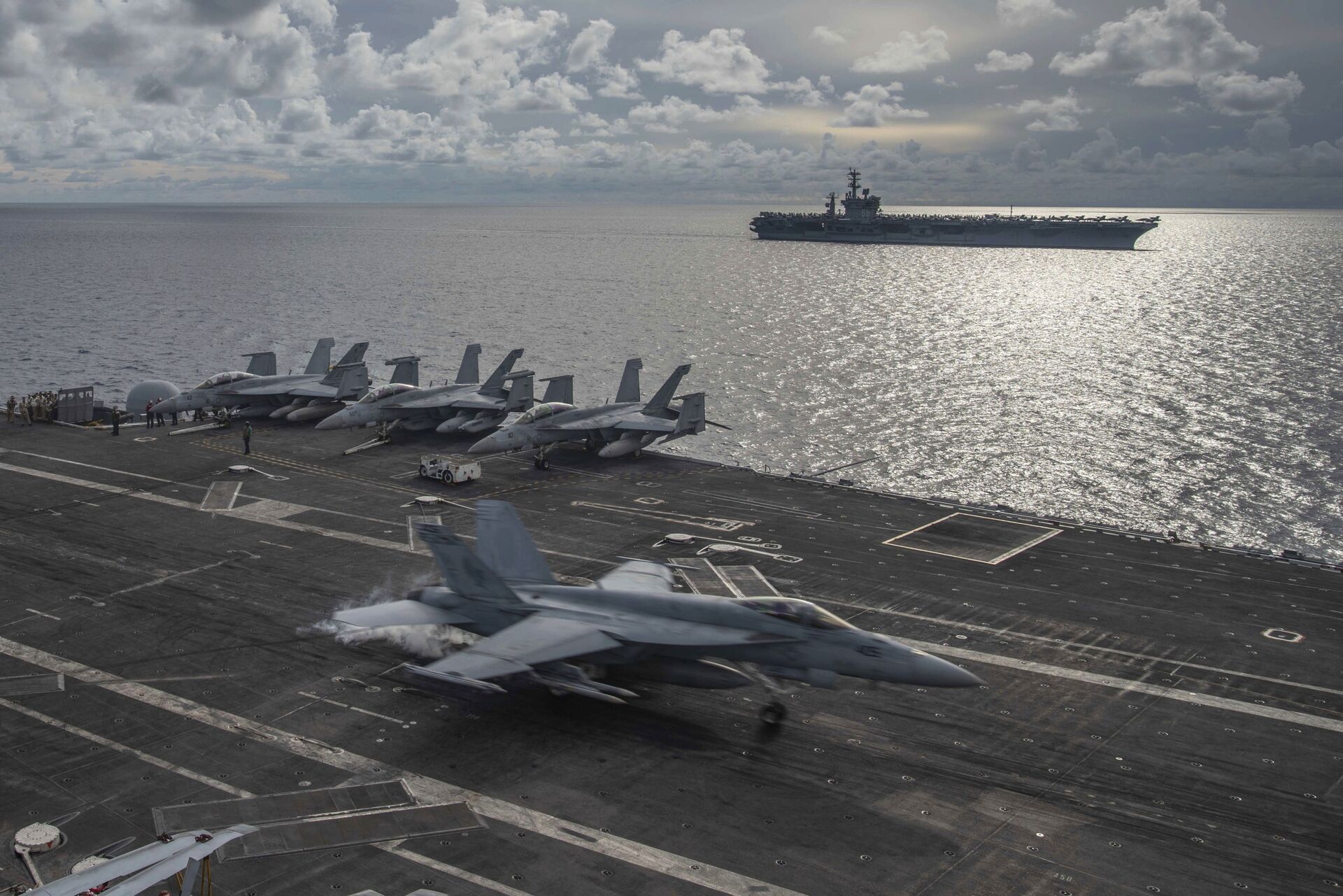 Obama rolled out his Pivot to Asia strategy in 2011-2012 in a bid to ensure the US leadership role in Asia for decades to come. The strategy envisioned Washington's enhanced economic and military cooperation with China's neighbours in the Asia-Pacific region. The Obama administration pushed ahead with the Trans-Pacific Partnership (TPP) multilateral trade deal to counterbalance China's New Silk Road initiative.

Obama's grand design also envisaged the increase in freedom of navigation operations (FONOP) in the South China Sea in a bid to push back on China's "nine-dash" maritime claims. However, the TPP was shredded by Donald Trump immediately after he assumed office in 2017.

At the same time, Biden has also inherited Trump’s foreign policy framework with regard to China, according to Dr. Victor Teo, project research fellow with the "Beyond The Cold War & Asian Regionalism" project based at the Centre for the Study of the Arts, Social Sciences, and Humanities, University of Cambridge. Thus, the present US administration did not rush to lift the Trump-era tariff burden on China and continued to crackdown on the People's Republic's telecom sector. "China and other countries are closing in fast. We have to develop and dominate the products and technologies of the future," Biden said while addressing Congress on Wednesday. 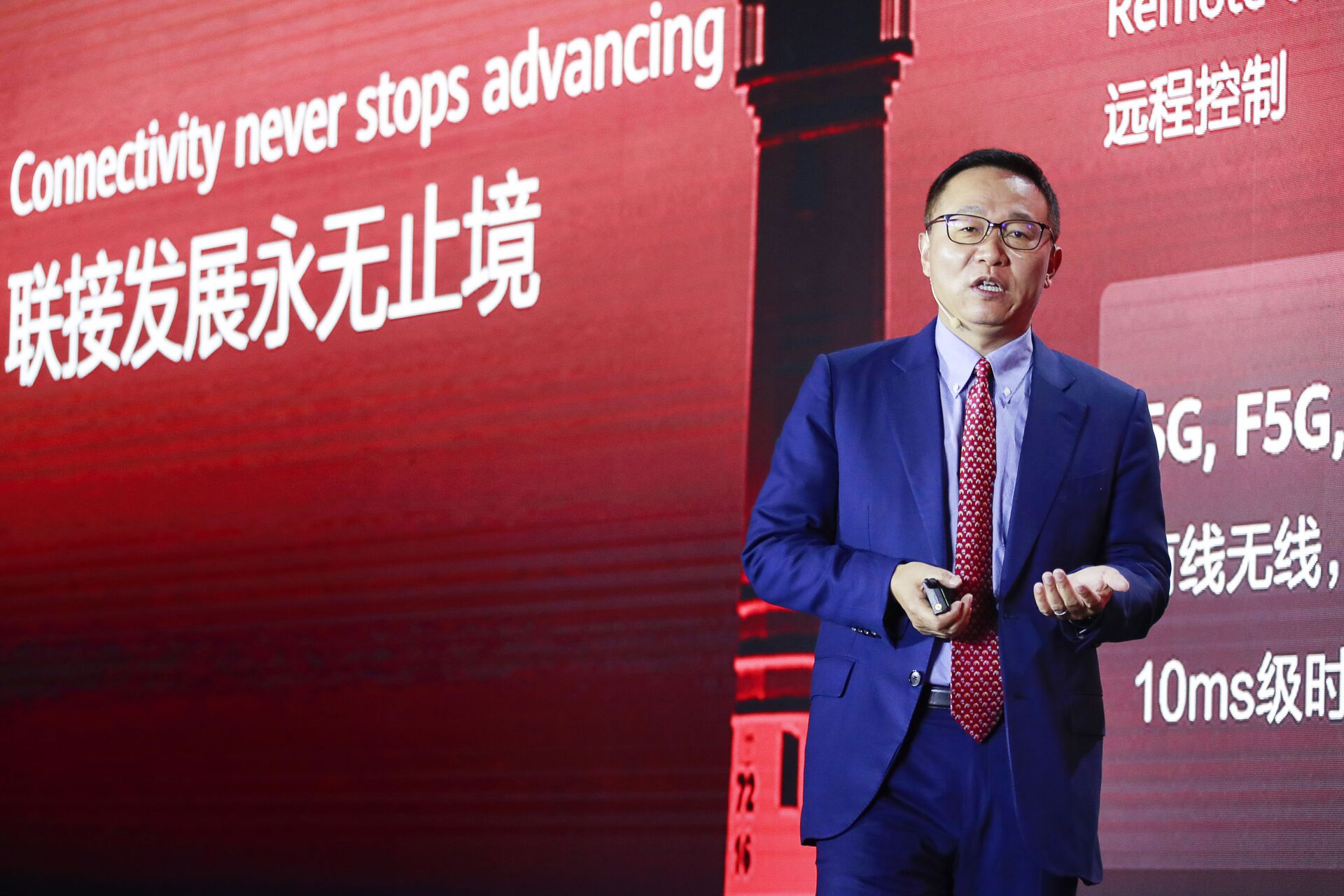 David Wang, Huawei executive director and chairman of the investment review board, speaks at the Huawei Ultra-Broadband 2020 Event in Beijing on 14 October 2020
© Huawei Technologies

Is the US-China Military Clash a Real Danger?

Biden's decision to bring focus to the Indo-Pacific does not mean the immediate shift in the regional balance of power, according to Jay Batongbacal, who believes that it will take time for the US to refurbish its strategy after the four-year long rule of Donald Trump:

"For better or worse, the US is in the position of having to catch up, rather than immediately set the stage at this point," says the academic.

The American military buildup in the region is not fraught with the risk of an armed conflict, the professor believes: neither the US nor China is likely to engage in a military standoff "while the pandemic is raging and the global economy is still uncertain and less than stable."

Instead, it is more likely that Beijing will "rely on its current strengths, which include cheap goods and technology, growing innovation, available funds for overseas investments, and increasing political clout," offers Batongbacal.

"It will capitalise on its economic power and influence to attract adherents or neutralise latent US influence," he says. "China will continue to present itself as a preferable and viable alternative to what it believes to be declining US power and become more vocal about playing a bigger role in shaping the global order and try to develop and exert greater influence on public perceptions about China."

Other regional players, including India, Japan, Australia, and South Korea are seeking to preserve the established status quo and individually have competing interests or problems with China, according to the academic. "These 'middle powers' will try to strengthen their own influence to compensate against any perceived US decline," he presumes.

In this April 12, 2018 photo released by Xinhua News Agency, the Liaoning aircraft carrier is accompanied by navy frigates and submarines conducting an exercises in the South China Sea
© AP Photo / Li Gang/Xinhua

Furthermore, the US is likely to try to lobby for its traditional allies to do more, specifically South Korea, Japan and some ASEAN states "to help balance and constrain China," suggests Teo.

"The US would continue to escalate arms sales to the region, and continue with their air and naval sorties to put military pressure on the Chinese economically," he says.

For its part, China is also likely to continue to strengthen its military capabilities in the region, offers John Rennie Short. Finally, having zero appetite for a direct military clash the countries may nevertheless fall into the Thucydides Trap, he warns.

"If an existing superpower does nothing to challenge a rising superpower then it risks decline, but if it confronts the rising superpower it risks confrontation," Short emphasises. "The US is already building up alliances with the so-called quad of India, Australia and Japan. The Indo-Pacific is likely to be the most intense geopolitical hotspot in the coming years."