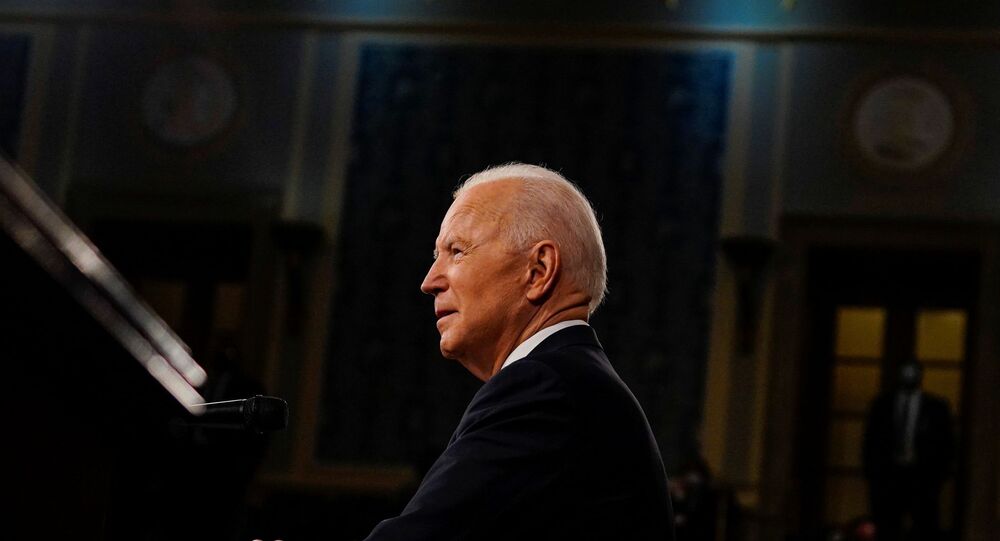 The Chinese official criticised US comments on the "inevitability" of competition between Washington and Beijing, media reports revealed on Thursday.

“Forcing other countries to accept one’s own democratic system and holding the banner of democracy to give orders to the whole world is blasphemy and manipulation of democratic values, which will only create division, hurt relations and undermine stability,” Wang said as reported by Bloomberg.

He added China was "following a peaceful path of development" and believed cooperation was "a key factor in building relations" between the two powers.

“He and others – autocrats – think that democracy can’t compete in the 21st century with autocracies, because it takes too long to get consensus,” Biden said.

The US president also urged lawmakers to back his "once-in-a-generation" investment in his $1.8tn families and education package.

“We’re in competition with China and other countries to win the 21st century. We’re at a great inflection point in history, we have to do more than just build back … we have to build back better,” he added.

The news comes amid fierce competition between the two nations in the ongoing US trade war on China.

© REUTERS / ALY SONG
$112bn US Endless Frontier Act Aimed at Countering Chinese Tech Set For Two-Week Delay, Senators Say
The Biden administration has continued to back a $2tn USD Green New Deal aiming to build infrastructure across the nation along with new energy vehicles, 5G and other technologies.

The proposal comes amid an executive order signed in February for a 100-day review of US tech supply lines, which comes amid a crippling semiconductor shortage triggered by the ongoing COVID-19 pandemic.