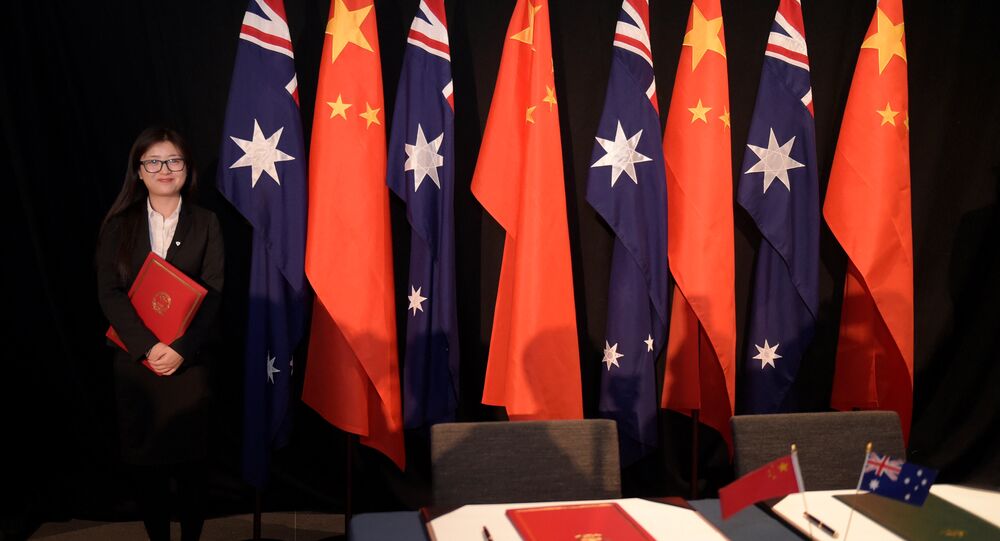 Australia-China relations have been growing tense since Australian Prime Minister Scott Morrison urged Beijing last year to allow an independent probe into the origins of COVID-19. This prompted a response from Beijing, leading to reciprocal economic sanctions.

China has slammed a speech by Australian Home Affairs Secretary Mike Pezzullo as “extremely irresponsible”; he warned that Canberra should be ready for a potential military conflict in the region.

Pezzullo delivered a speech on Anzac Day (25 April), where he warned that “in a world of perpetual tension and dread, the drums of war beat”.

“Let us continue to search unceasingly for the chance for peace while bracing again, yet again, for the curse of war,” he said, without specifically mentioning China.

Chinese Foreign Ministry spokesman Zhao Lijian in a press conference on Wednesday commented on Pezzullo’s remarks, stressing that Beijing is a promoter of peace and global development.

“Some individual politicians in Australia, out of their selfish interests, are keen to make statements that incite confrontation and hype up threat of war, which is extremely irresponsible,” he said.

© REUTERS / MELANIE BURTON
China Diversifies Iron Ore Sources Amid Strained Ties With Australia
The spokesman also said that Australia is being "untruthful and immoral with its false allegation of a 'China threat theory'", since it has benefited from cooperation with China.

“We urge certain individuals in Australia to shake off the Cold War mentality, stop making irresponsible remarks, and act in ways that are conducive to regional peace and stability rather than the opposite,” Lijian said.