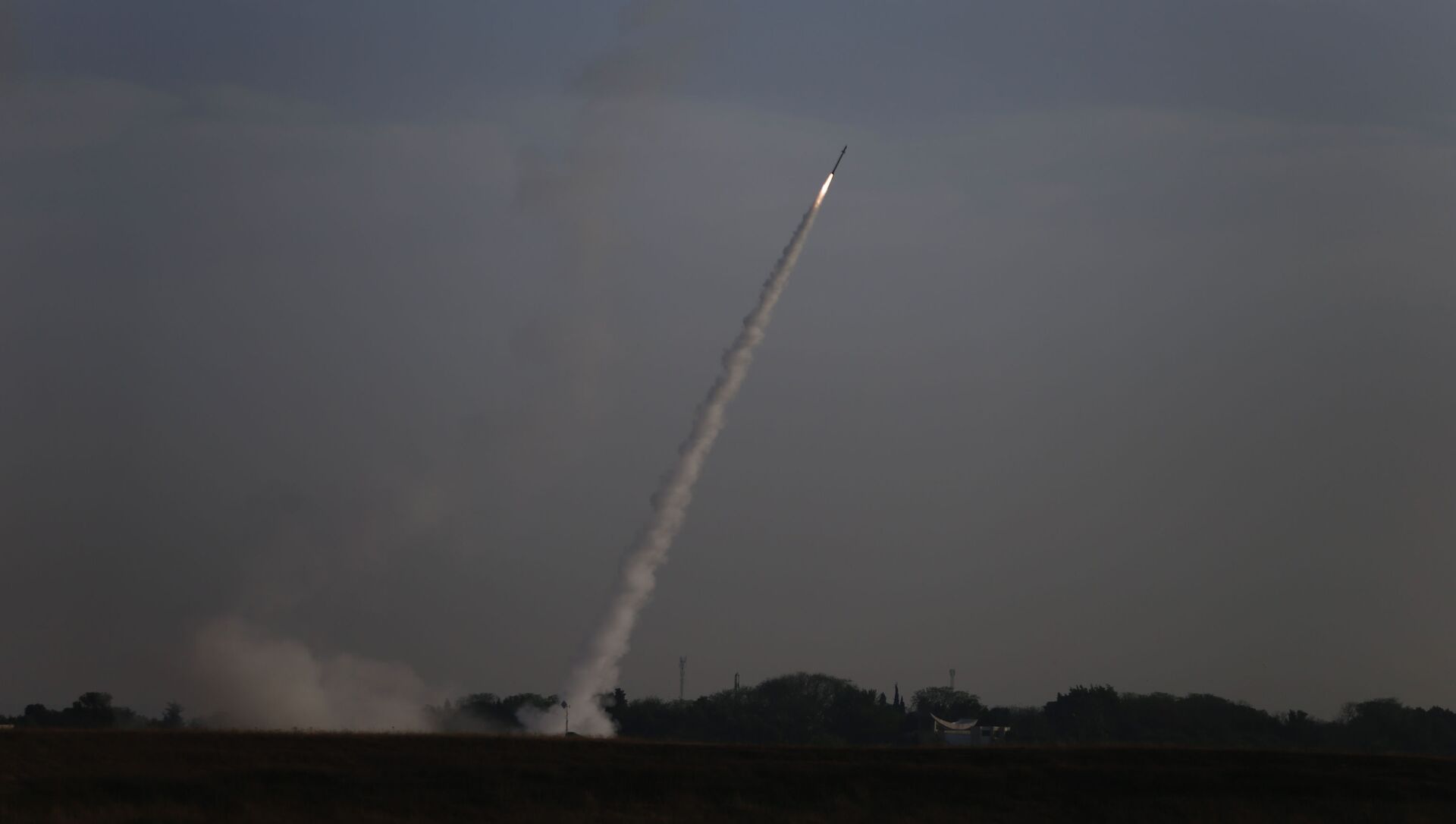 Morgan Artyukhina
All materialsWrite to the author
Although Israel's Iron Dome air defense system is fairly effective at intercepting rockets launched from Gaza into Israeli territory, a recent incident in which a Syrian anti-air missile overshot its target and fell into central Israel has revealed glaring holes in the country's air defense net.

The Israel Defense Forces (IDF) announced early on Saturday that it had struck "Hamas terror targets in Gaza", including underground infrastructure and rocket launchers in a move following a series of rocket attacks launched from the territory of the Gaza Strip.

According to local media reports, at least 18 missiles were fired throughout the night from Gaza towards Southern Israel.

It’s 4AM.
Air-raid sirens
are still sounding
across southern Israel
as rockets are launched
at Israeli homes from Gaza.

Late Friday, the IDF said an alert had been triggered in Kissufim, a kibbutz roughly a mile from the border with the Gaza Strip, and that it was reviewing the report. Three rockets were fired from the Gaza Strip, one of which was intercepted by the Iron Dome air defense system. The other two are reported to have landed in open terrain, causing no injuries or damage. The IDF later confirmed these reports, noting the two rockets not intercepted both exploded near the border fence.

The IDF later said it shelled a Hamas position in Gaza in response to the attack, the explosions from which were reported by Gazans.

A few hours later, at roughly 1:52 am local time, the IDF reported sirens sounding for a second time in southern Israel. The Jerusalem Post said two rockets were fired further north, toward the kibbutz of Be’eri and moshav of Kfar Maimon. The IDF said one of the rockets was intercepted.

​Roughly 20 minutes after the second warning, a third set of a sirens was reported by the IDF. According to Israeli Public Broadcasting, this barrage included four rockets, two of which were intercepted. The IDF then also reported a fourth warning for just one rocket.

The attack is just the latest over the last week, beginning with rockets fired on Israeli Independence Day, prompting an extensive bombing of Gaza by Israeli fighter jets. It also comes after a Syrian anti-air missile traveled nearly 300 miles into Israeli territory after overshooting an IDF aircraft bombing southern Syria. The rocket landed near Israel's Dimona nuclear power station.

Earlier this week, an Israeli mob in Jerusalem attacked Palestinians and anyone judged to have an "Arabic accent," chanting "death to Arabs" and ransacking several homes. Days later, a Palestinian protest saw more than 100 people injured by Israeli police, including 22 people sent to hospitals, according to the Palestinian Red Crescent.

In the encircled Gaza Strip, where medical supplies are largely blocked by the 15-year Israeli embargo, COVID-19 is raging. More than 1,000 new cases have been reported each day for several weeks, while according to aid workers, just a few thousand vaccines have been sent to protect a population of more than two million living in one of the most densely-populated areas on Earth. Just across the fortified border in Israel, the nation's Health Ministry reported on Thursday that 80% of the population over the age of 16 has been vaccinated against the deadly infectious virus.