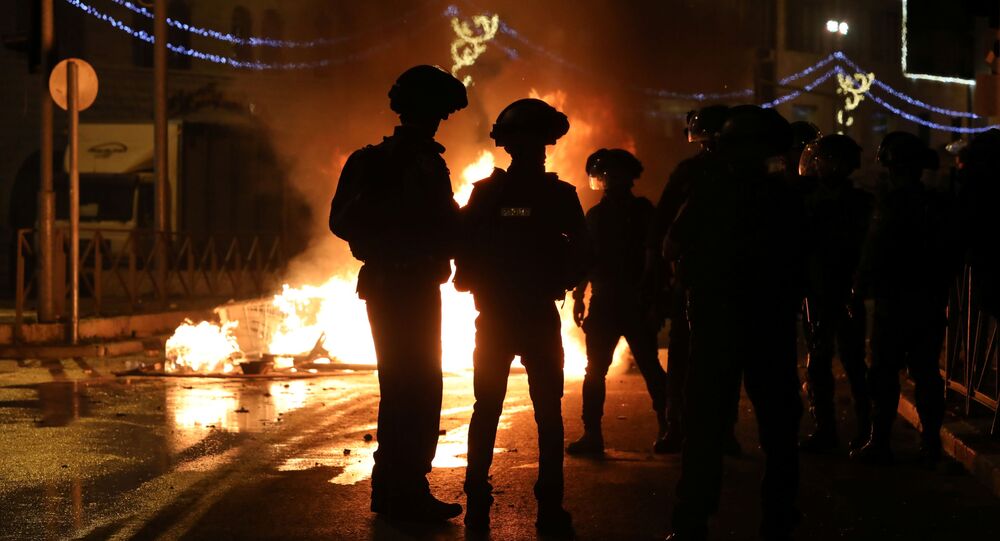 Over 100 Injured in Clashes With Police in Jerusalem, Reports Say

Protesters have clashed with Israeli police in Jerusalem throughout the night.

Clashes between Israeli police forces and Palestinian protesters left more than 100 injured overnight in Jerusalem, according to medical and police sources.

The Palestinian Red Crescent has reported at least 105 wounded, of which around 20 have been transferred to hospital, while the police added that they had identified 20 wounded in its ranks and arrested 44 people in the clashes.

"The final number of injured as a result of yesterday evening clashes in the city of Jerusalem is 105 people, 22 of them were delivered to a hospital. Injuries of all those transported to the hospital are considered to be moderate. The rest of the injured received on-site assistance," the statement said.

The first clashes broke out after the end of the evening prayer in the month of Ramadan, when hundreds of young Muslims staged a demonstration at the Shechem gate of the Old City and began throwing stones at the police.

According to the police, the demonstration was declared unlawful; its participants were asked to disperse.

According to Nabil Abu Rudeineh, the Palestinian president's spokesman, Palestine urges the international community to defend Palestinians in Jerusalem from "oppression and crimes" by Israeli settlers.