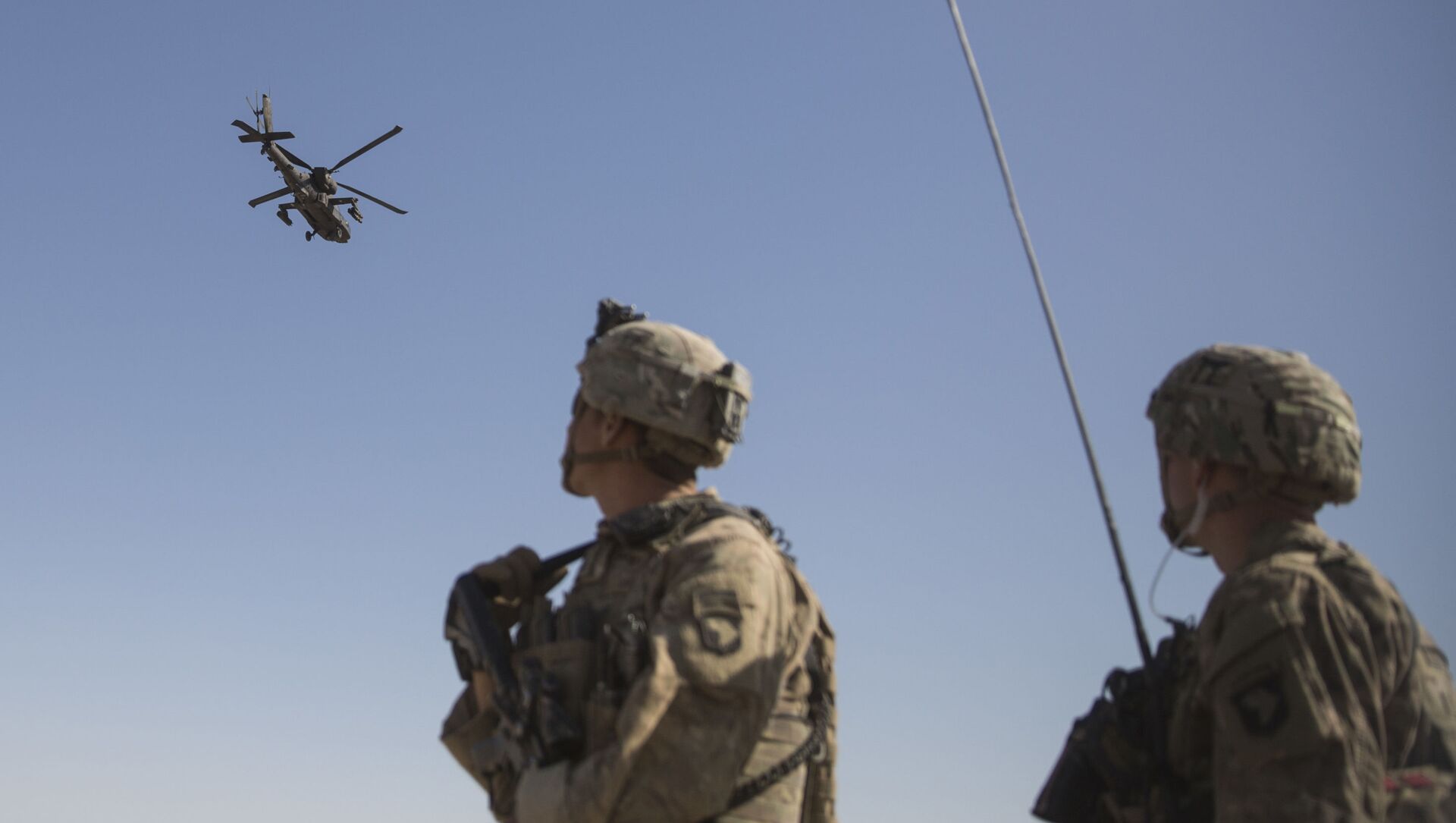 Dhairya Maheshwari
All materials
The security situation in Afghanistan, which has witnessed a rise in terrorist strikes as US-led Afghan talks in Doha falter, was a major point of discussion during Russian Foreign Minister Sergey Lavrov's official visits to Pakistan and India last week. In Islamabad, Lavrov said that Afghanistan was a "common concern" for Pakistan and Russia.

“Russia’s importance in Afghanistan becomes stronger once US forces have moved out, which will happen sooner rather than later. The US departure will lead to a vacuum that Moscow has the potential to fill,” says Kugelman.

The American expert adds that Russia, "with its improving relations with Kabul, can be seen as an important and influential diplomatic actor in Afghanistan.”

The observations arrive as Russian Foreign Minister Sergey Lavrov concludes his two-nation visit to India and Pakistan, with the Afghan reconciliation process figuring prominently during talks between the leaderships of the two countries.

Is India Indicating a Departure from its Stance on Taliban as World Powers Intensify Negotiations?
At a press briefing on the outcomes of Lavrov's last week visit, Moscow's Envoy to New Delhi Nikolay Kudashev said on Wednesday that both the countries shared a "convergence" of interests that the intra-Afghan Peace process must be "Afghan-led" and "inclusive."

Lavrov's subcontinent visit came ahead of America's 1 May troop withdrawal deadline from Afghanistan as part of the peace process. In his first ever press conference as US president last month, Joe Biden said that he couldn't "picture" American troops leaving Afghanistan by 1 May. US officials said on Tuesday that they would begin the troop withdrawal process before 1 May and conclude the process by 11 September, therefore setting a new deadline.

Moscow Not Opposed to Pakistan’s 'Endgame'

Kugelman says that Russia realises the importance of Pakistan’s “leverage over the Taliban,” pointing out that Moscow wasn’t opposed to Islamabad’s “endgame" in Afghanistan.

“Pakistan arguably has more leverage over the Taliban than does any other regional or global player, except perhaps for the US. Once, the US forces have left Afghanistan, Washington will have less leverage, making Pakistan’s close ties to the Taliban even more important,” says the analyst.

“Moscow is not opposed to Islamabad’s ideal endgame in Afghanistan — one where a political settlement establishes a new government where the Taliban enjoys power. I see Russia and Pakistan having the potential to work together as conveners and facilitators — hosting meetings with Taliban leaders, Afghan officials, and representatives from other countries to build a consensus for peace,” he claims.

“This won’t be easy, but both capitals are well positioned to play the role,” adds the expert.

A Russian Foreign Ministry statement on Lavrov’s visit to Pakistan last week said the deteriorating security situation in Afghanistan is a “common concern” for the two countries.

“We look forward to an early finding of a constructive solution in order to end the civil war in the Islamic Republic of Afghanistan through agreements on the formation of an inclusive government with the participation of the Taliban movement,” it said.

At the joint press briefing with his Pakistani counterpart Shah Mehmood Qureshi in Islamabad last week, Lavrov said that “strengthening the anti-terrorist potential of Pakistan, including by supplying Pakistan with special military equipment” served the interests of all the regional powers.

“The two sides each worry about the ISIS (Daesh) threat in Afghanistan and beyond, and both fear that the departure of foreign forces from Afghanistan will intensify this threat,” he claims.