US Forces Transported Over 40 Tankers of Syrian Oil Into Iraq, State Media Report 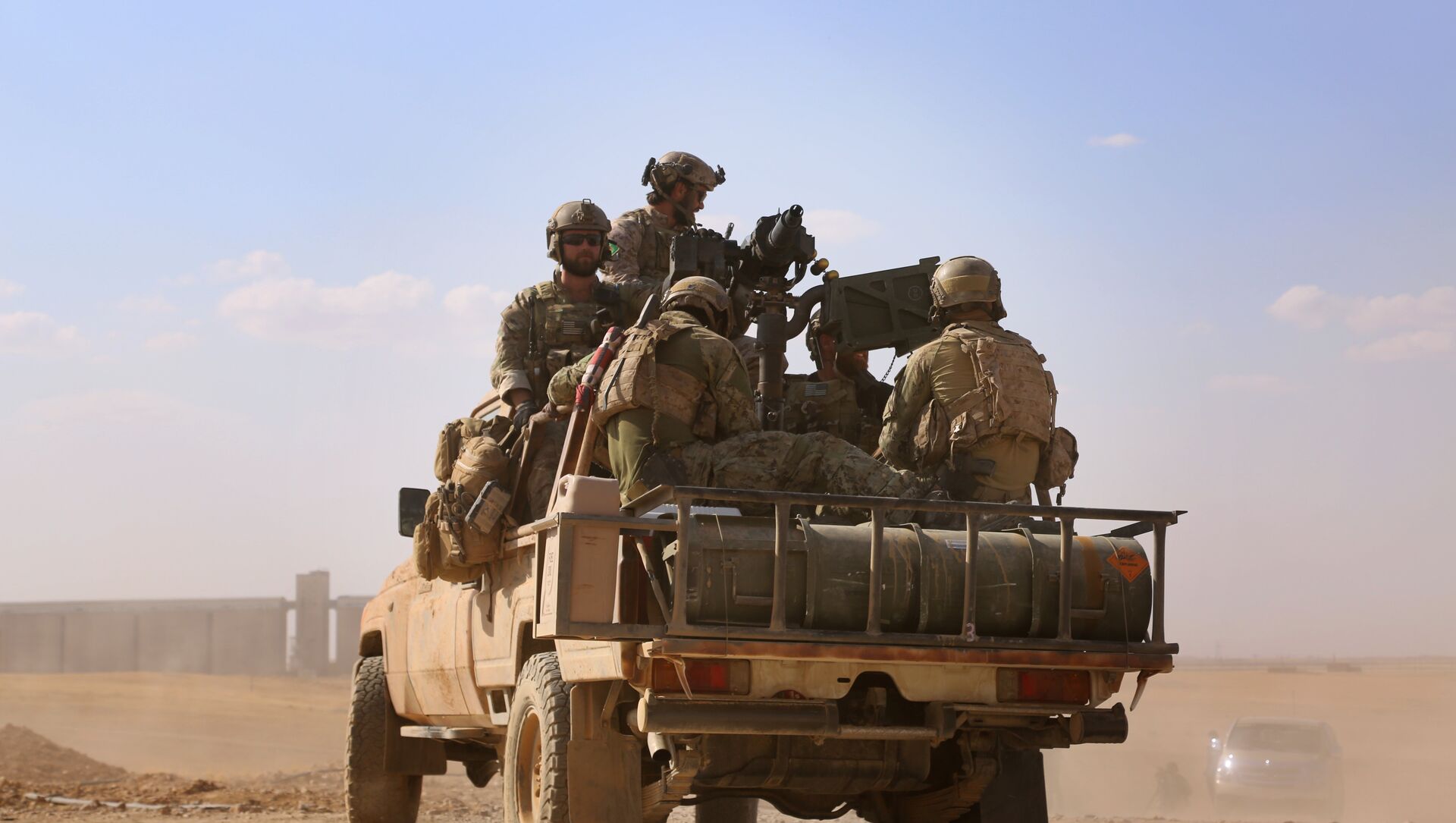 The convoy also included several covered trucks. The agency reported that the oil was smuggled into the Iraqi territory via the "illegal" al-Waleed border crossing, which is also referred to as at-Tanf.

This is not the first time that such news has been reported by SANA, with a similar story being published last December reporting that US forces looted oil from the Hasaka countryside and transported it over the border to US bases in Iraq.

First Oil, Now Food: US Reportedly Smuggles Over a Dozen Truckloads of Wheat Out of Syria
The most recent report says that the convoy was guarded, in part, by members of the QSD militia, also known as the Syrian Democratic Forces. While the QSD is the official defense force of the de facto autonomous administration in northern Syria, they have been accused of both ethnic cleansing and the use of child soldiers.

According to Syrian media, it is part of an ongoing operation to move oil and grain out of the country, which has been devastated by a decade-long humanitarian crisis. Sana says trucks have been crossing into northern Iraq almost daily.

This story comes only one day after SANA reported that the US had transported weaponry and logistic equipment from bases in Iraq into Syria's Hasakah province, with the incoming shipment including 59 refrigerator trucks, tankers with military supplies and Humvees.

Then-US Secretary of State Mike Pompeo confirmed last year that a US oil company would be partnering with the Kurdish-led forces operating in northeastern Syria — an action strongly condemned by the government of Syrian President Bashar Assad.