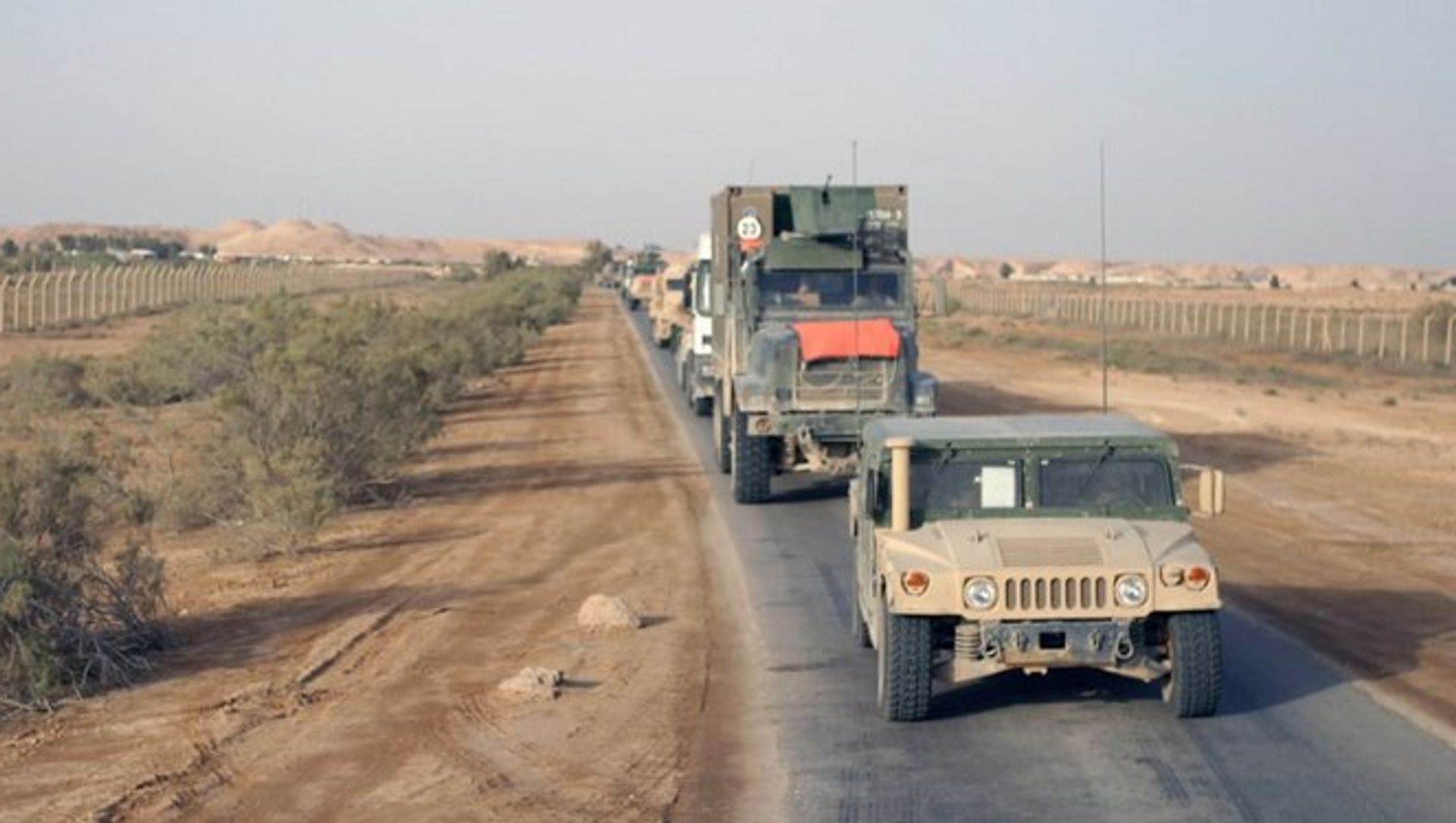 Ilya Tsukanov
All materialsWrite to the author
President Joe Biden may not brag like his predecessor about “taking the oil” in northeastern Syria but he's quietly continued Washington's policy of smuggling black gold out of the country. On top of that, Syrian media have reported an increase in incidents of US involvement in the illegal export of foodstuffs out of the food-insecure nation.

Fourteen trucks loaded with wheat from two silos in the Hasakah countryside have been illegally smuggled out of Syria into Iraq using the al-Waleed border crossing point, the Syrian Arab News Agency has reported, citing local sources.

According to the news agency, the wheat was sourced from silos in the towns of Tal Alou and Yarubiyah, known as major local reserves of foodstuffs. SANA attributed the theft to "US occupation forces," a term often used to denote either US troops or their Syrian Democratic Forces militia allies.

The latest incident follows reports from last week about 12 vehicles carrying wheat being driven to Iraq using the Semalka border crossing, and another episode on 28 March in which some 38 trucks loaded with wheat were sent to Iraq via the al-Walid crossing point. Eighteen more truckloads of grains were reportedly smuggled out via Semalka the same week.

Local media have reported a major uptick in the smuggling of foodstuffs since January, with the Biden administration appearing to have switched from previously-reported on tactic of setting food crops on fire to prevent them from being harvested.

Syrian Minister Reveals What Percentage of Country's Oil is Stolen by US and Its Allies
The growing pressure on the country’s food supplies comes as the US and its Kurdish allies continue to occupy as much as 90 percent of Syria’s oil-producing regions. Syria was never a major oil power before 2011, but the supplies it had were enough to secure energy independence, and to earn the country a modest income via exports. Syria desperately needs sources of income to repair the estimated $400 billion in damage caused by the foreign-backed civil conflict, but US and European sanctions, combined with Washington’s occupation of the Arab Republic’s major oil fields, makes reconstruction difficult.

Last week, Majid Takht Ravanchi, Iran’s ambassador to the United Nations, told a meeting of the Security Council on Syria that Tehran considers the “weaponis[ation of] food and medicine and endangering the food security of a nation…unjust and unacceptable.” At the same meeting, Russian Deputy Foreign Minister Sergei Vershinin warned that some 60 percent of Syrians have insufficient access to food, and indicated that the humanitarian situation has faced the worst deterioration in the country’s northwest, north and northeast, in areas outside Damascus’s control.

Queues all over Syria for bread and fuel after the US and NATO looted Syria’s oil and burned its wheat.

The US is a sadistic regime that thrives on the misery of nations. Syria was once a self-sufficient country. Before America decided Syria needs “democracy and freedom”. pic.twitter.com/GFJcURInO5

Last month, Human Rights Watch accused the Syrian government with failing to “fairly and adequately address a bread crisis,” which it said was “forcing millions of Syrians to go hungry.” HRW mentioned the destruction of 35,000 hectares of agricultural land under government control, but did not say who was responsible. The agency further pointed to the “spillover effects” of crushing US and European sanctions, but did not mention illegal smuggling of wheat as a factor exacerbating the crisis.

Before the war, Syria enjoyed self-sufficiency in wheat production. Today, the country is heavily dependent on imports, with Russia its primary source. In 2020, Russia donated 100,000 tonnes of wheat to Syria in the form of humanitarian aid.