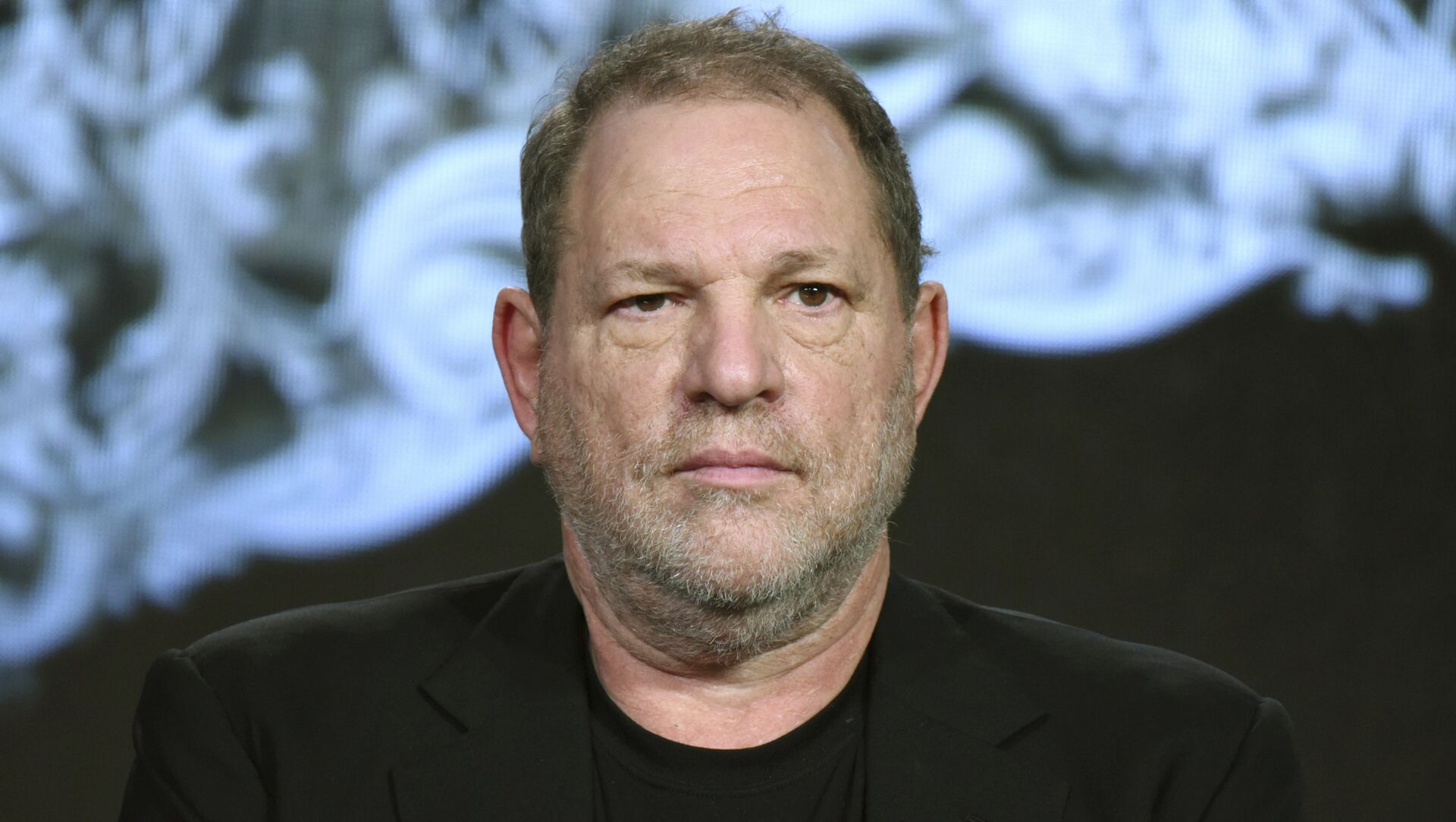 Daria Bedenko
All materialsWrite to the author
Ex-Hollywood mogul Harvey Weinsten received multiple charges of sexual abuse from many women, including high-profile movie stars, and was sentenced to 23 years in prison. He nonetheless continues to claim innocence and has appealed the decision.

The decision by LA District Attorney George Gascón envisages the extradition of Weinstein from New York to California, and could reportedly speed up the new trial.

"This process will eliminate the need for a preliminary hearing which is kind of a minitrial like we saw in the OJ case: there was the trial before the trial," criminal defense attorney Troy Slaten said, cited by Fox News. According to Slaten, under a law that allows borrowed custody, California can get custody of a New York inmate, if the trial starts within 120 days.

The sealed indictment is to reportedly be revealed on Monday at Weinstein's extradition hearing in New York.

In the Golden State, the former movie producer faces 11 counts, including rape. In the event of another conviction, he could face an additional 140 years behind bars. Weinstein is charged with raping several women in Beverly Hills hotels, including model Lauren Young, who was a witness in the New York trial a year ago.

The former movie mogul will have to return to New York to serve his 23-year sentence, which he is currently appealing, claiming that he did not receive a fair trial. His legal team is expected to ask for a delay of the extradition, citing Weinstein's "poor" health and his risk of being exposed to the coronavirus disease.

Gloria Allred, a defense attorney representing Young and another unnamed woman in the LA case, voiced hopes for the transfer to be completed.

"It appears to me that Mr. Weinstein does not wish to be removed to Los Angeles to face charges, but justice delayed is justice denied", she said.