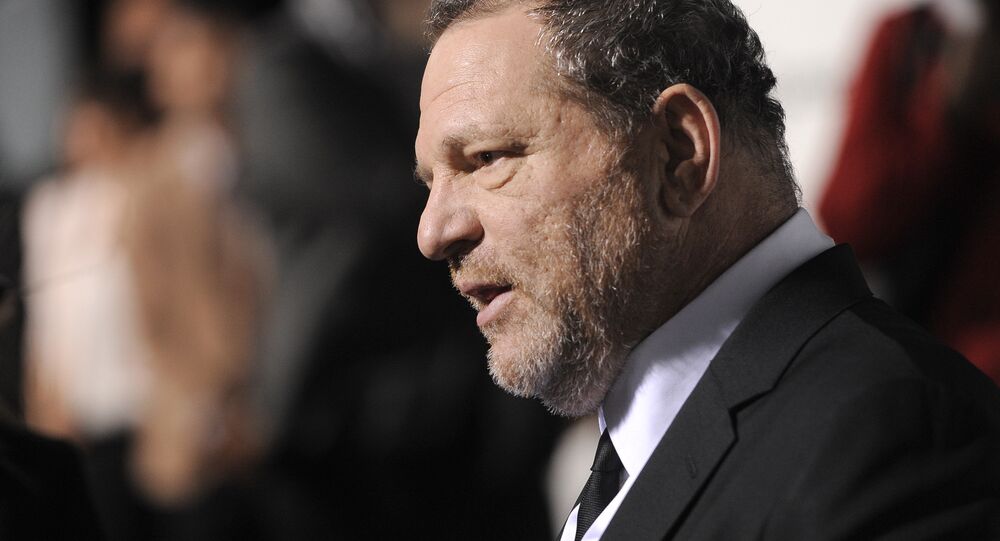 Last February, film producer Harvey Weinstein was convicted of rape and sexual assault against two women and sentenced to 23 years in prison. At that time, his defense attorney, Donna Rotunno argued Weinstein did not get a fair trial and deemed the sentence “obscene,” “obnoxious” and “cowardly.”

The Weinstein legal defense team filed an appeal on Monday in the New York Supreme Court in a bid to request a new trial for the disgraced Hollywood mogul, reiterating that his 2020 trial was unfair from the start.

In the Monday filing, lawyers argued the convicted sex offender was not judged based on who he is, but on how he was “cast in the press,” adding that his sentence was too harsh. “The trial court’s sentence reflects not on Mr. Weinstein, the man, and the conduct for which he was convicted, but on Mr. Weinstein the media villain,” reads the appeal.

Juda Engelmayer, the chief spokesperson for the Weinstein team, said in a statement obtained by the Los Angeles Times that the prosecution was influenced by the moral outrage over “claimed sexual misbehavior of power men, special interest groups seeking to benefit off public fury, and sensational (often inaccurate or prejudice) media coverage.”

In a statement obtained by the Insider, Engelmayer stressed that Weinstein’s conviction was a “miscarriage of justice.”

Weinstein’s lawyers also allege in the appeal that a series of legal errors were made by New York Supreme Court Judge James Burke, who they believe made it impossible for Weinstein to receive a fair trial. The legal team also called into question the credibility of the six women who testified at his trial in 2020.

“Weinstein’s trial was overwhelmed by excessive, random and highly dubious prior bad act evidence, none of which shed light on disputed issues relevant to the charged offenses,” the appeal notes, adding that the numerous retelling of misconduct “served no legitimate evidentiary purpose but merely depicted Weinstein as loathsome.”

© AP Photo / Seth Wenig
In this Feb. 24, 2020, file photo, Harvey Weinstein arrives at a Manhattan courthouse as jury deliberations continue in his rape trial in New York. The disgraced Hollywood film mogul and convicted rapist is asking a bankruptcy judge in Delaware to allow him to pursue arbitration in New York over what he claims is his wrongful termination from the company he co-founded.

The lawyers go on to challenge Burke’s decision to limit the testimony of “false memory” expert Elizabeth Loftus and argued that prosecutors failed to disclose evidence that one of the accusers, Jessica Mann, continued to engage in a consensual relationship with Weinstein after the date of her alleged rape.

Additionally, the legal filing also argues possible bias of juror Amanda Brainerd, who withheld information about a novel she had written involving the “sexual predation of older men,” underscoring that it raised the issue of a conflict of interest. Weinstein’s lawyers say that the Manhattan judge’s refusal to excuse the juror deprived the filmmaker of his right to a fair trial.

“This appeal is a window into my innocence and I hope that the truth becomes more clear once people read it,” Weinstein wrote in a statement issued from the Wende Correctional Facility, where he is currently being held.

Weinstein’s attorneys claim that the Miramax co-founder is deteriorating in prison, and will probably die if he remains there for the duration of his sentence.

Weinstein is still facing sexual assault charges in Los Angeles, California, where a hearing is scheduled for next month.

Lawyers further stated in their appeal brief that Los Angeles County District Attorney Jackie Lacey’s office was responsible for “tainting” the New York trial by announcing the case against Weinstein the day before his jury selection began in Manhattan, explaining that the development had “only increased the media firestorm” and refusal to delay the trial was unfair to the defendant.

It is unclear how the appeal might affect the California-based Weinstein case since legal proceedings could suffer jury selection delays as a result of social distancing protocols implemented to curb the spread of COVID-19.