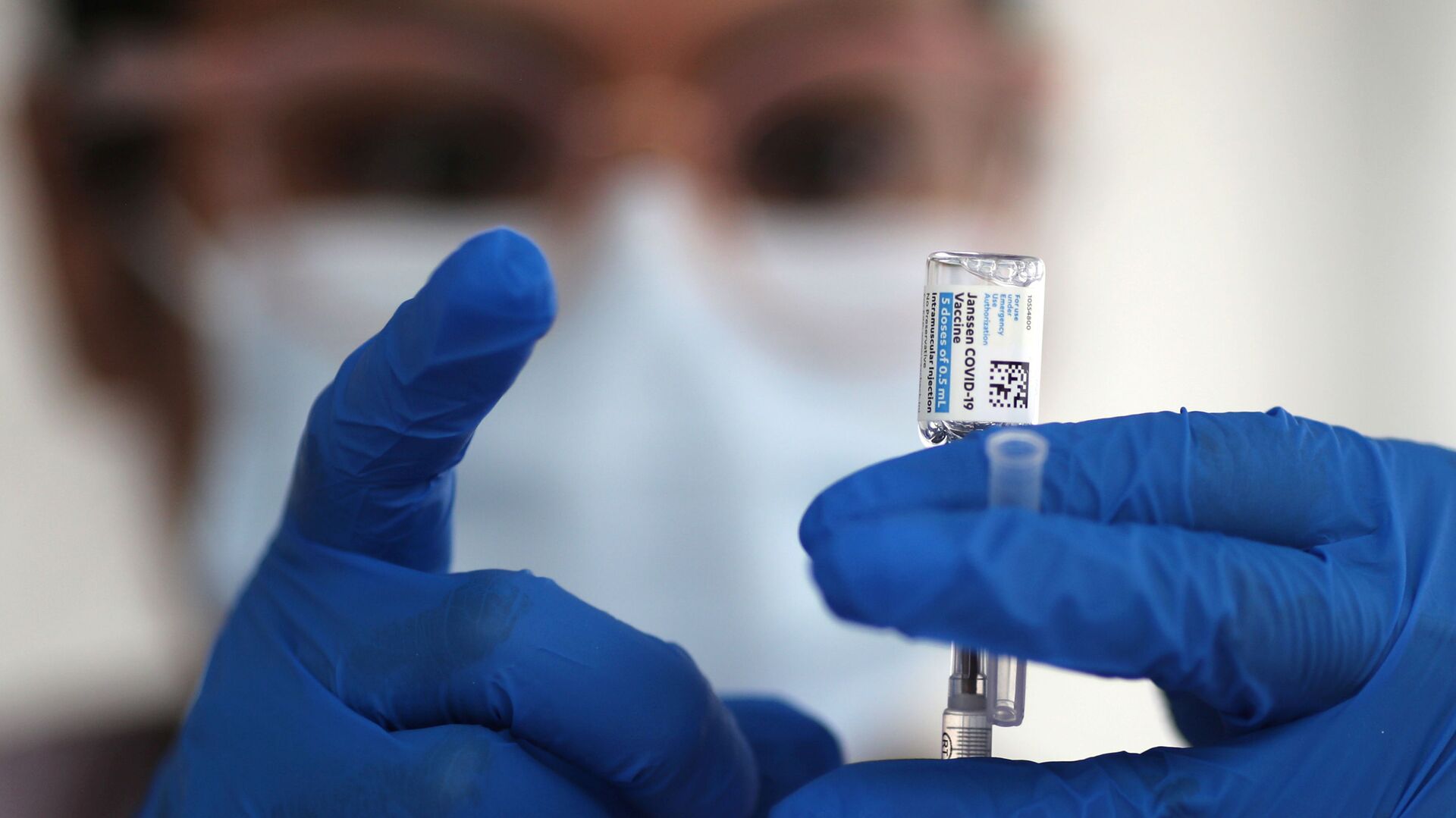 Morgan Artyukhina
All materialsWrite to the author
With much of the Global South expected to lag several years behind Western nations in their COVID-19 vaccination efforts, popular pressure is mounting for Western governments to relax or waive patent laws on the drugs’ formulae, allowing their manufacture abroad, but cutting into pharmaceutical giants’ profits.

On Monday, the comment period for revising the Bayh-Dole Act, a 1980 health care law allowing the US government to “march in” and break patents for drugs made using federal funds if regulators determine the price is exorbitantly high. The change, initiated by former US President Donald Trump, would weaken the act by denying the federal government the right to do so based on price alone.

In response, a group of nearly three dozen Democratic lawmakers has lobbied the Biden administration to withdraw the rule. Their efforts are supported by newly minted Health and Human Services Secretary Xavier Becerra, who as California attorney general lobbied the Trump administration on behalf of several US states in 2020 to use the “march in” power to slash the cost of remdesivir, a COVID-19 therapeutic drug.

The lawmakers are concerned about the high prices for a number of drugs made using public money, but in particular mention COVID-19 vaccines and therapeutics.

"Pharmaceutical companies extract the highest prices from the sick and dying, and this proposal would embolden them to charge even higher prices by allowing them to price gouge with impunity," the lawmakers wrote in their March 29 letter.

While the US government has paid for at least the first vaccination against COVID-19 for every American, in the longer-term, many of the drugmakers are looking toward annual booster shots, anticipating “significant opportunity” to hike prices by nearly 900% once government’s stop being their primary customers, as Pfizer Chief Financial Officer Frank D’Amelio laid out at a meeting with Wall Street investors last month.

While Pfizer’s vaccine is one of the few to have been made without explicit financial backing via the Trump administration’s “Operation Warp Speed” program, it has nonetheless collected $15 billion in COVID-related products over the last year, including nearly $6 billion just in vaccine purchases by the US government.

However, the Bayh-Doyle Coalition, a group of drugmakers and research firms that banded together at the start of the pandemic to “protect” the act, has protested, issuing a veiled threat that pharma giants might be reluctant to help develop life-saving drugs that could save millions of lives if their profits are in any way threatened.

"It will stop collaboration," Joe Allen, executive director of the coalition told Roll Call about enforcing march-in rights. "The danger is the next time you have a pandemic, are companies going to jump in to partner with you?"

The Pharmaceutical Research and Manufacturers of America industry trade group has also written a letter to Biden asking him to support Trump’s rule change, saying that "eliminating those protections would undermine the global response to the pandemic, including ongoing effort to tackle new variants, create confusion that could potentially undermine public confidence in vaccine safety, and create a barrier to information sharing.”

However, patent laws aren’t just getting in the way of affordable domestic vaccinations: abroad, the pace of COVID-19 vaccination is highly unequal, with few of the world’s formerly colonized nations expected to fully immunize their populations this year and with First World nations buying up multiple times their population requirements’ worth of shots.

The United Nations warned last month that the poorest nations risk being left behind, and may not complete their immunizations until 2024; some nations, such as Haiti, where US-backed President Jovenel Moise has unleashed death squads in an attempt to hold onto power against a rising protest movement that says his term legally expired in February, has no vaccination plans at all.

Last month, a group of 80 nations led by South Africa and India renewed their request for the World Trade Organization (WTO) to waive its Trade-Related Aspects of Intellectual Property (TRIPS) agreement rules in order to allow generic versions of COVID-19 vaccines to be manufactured in the poorer nations of the world. WTO director-general Ngozi Okonjo-Iweala has countered that Western governments should beef up their production of vaccines instead.

Standing in the way is a small group of rich nations led by the United States and including the United Kingdom and European Union. Ahead of the WTO meeting last month, the US Chamber of Commerce told Okonjo-Iweala that “proposals to waive intellectual property rights are misguided and a distraction.”

There is precedent for their concern. TRIPS has protected the monopoly on antiretroviral drugs developed by Western pharmaceuticals to treat human immunodeficiency virus (HIV) since it came into force in 1995. Previously, nations had a variety of patent practices, with many not regarding drug patents as part of the public interest, but TRIPS required nations to follow a new global standard on defending company patents for 20 years after their filing.

As a consequence, the only makers of these vital drugs were Western firms like Pfizer and Gilead, who were able to reap sufficient profits by selling to First World buyers for exorbitant prices that Third World buyers became an afterthought. A yearly regimen on an ARV drug in the US cost an average of $10,000 per year in 2000.

Peter Rost, a former Pfizer executive-turned-whistleblower, has extensively criticized his former industry, noting that the drug industry’s standard practice “is to set the price at the level where you will maximize revenues. That means you are going to lose some patients because it’s so high, but you’re making up for it because the others are forced to pay that very high price … There’s a very big fear that they would ruin their own business model” if they allowed patent restrictions to wane, he added. “Drug companies are not there to protect the Third World - they’re there to make money. Pure and simple, that’s it.”

South Africa and India led that fight, too, driven by public pressure from activist groups, and in 1998, the South African parliament passed a law allowing the country to buy anti-HIV drugs at the world’s lowest rates. By 2001, a group of 39 medical companies had sued Johannesburg and lost, and Mumbai-based company Cipla had begun defiantly making its own generic antiretroviral drug available to buyers at just $350 per year, or less than $1 per day, bringing it within reach of millions of AIDS sufferers as the epidemic’s epicenter shifted to Africa.

At the WTO meeting in March, South Africa’s delegates drew a direct comparison to the HIV/AIDS crisis in Africa, which has killed more than 11 million people on the continent and infected some 38 million people globally.

In February, IAVI and Scripps Research announced the results of a phase 1 clinical trial for a ‘landmark” HIV vaccine based on Moderna’s COVID-19 vaccine, which was developed with Operation Warp Speed backing. The vaccine reportedly boasts a 97% effectiveness rate.

000000
Popular comments
Again more proof that Russias Sputnik is for the greater good where Western Countries (US) are only in it for money.....greedy Bast-rds!