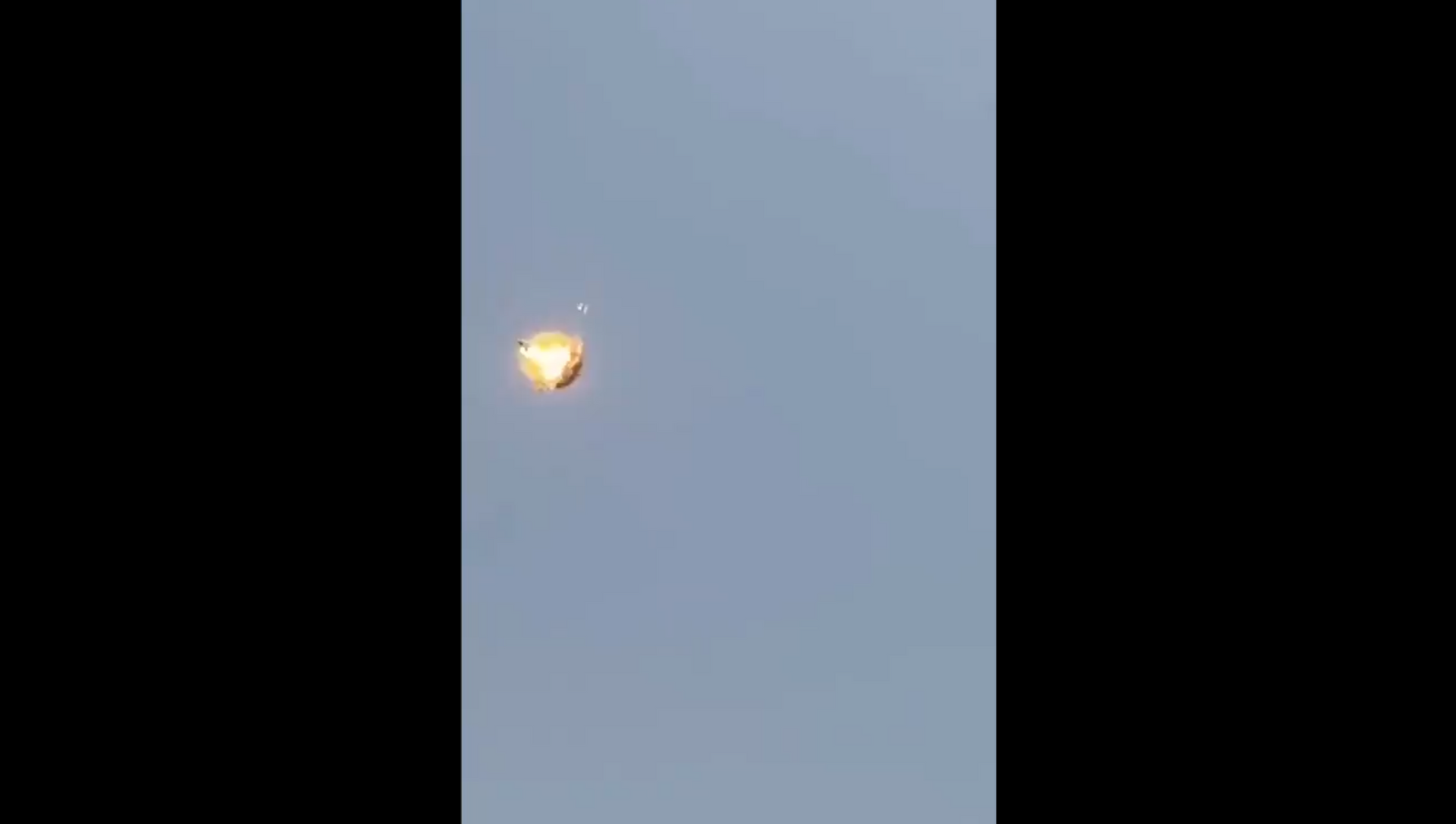 Subscribe
International
India
Africa
There has been an increase in airborne assaults on Saudi Arabia from Houthi-claimed missiles, even after a call for ceasefire. After an attack on the kingdom’s capital of Riyadh, Saudi officials vowed deterrent action to defend its oil exports.

A newly surfaced video captures the dramatic encounter on a mountainous terrain where a Saudi F-15 fighter jet intercepted a Qased-series drone claimed to have been launched by the Houthis.

The footage shows soldiers in an undisclosed area as a so-called “suicide drone” flies high in the sky before a missile hurtles into sight and explodes in the airspace nearby. The force of the explosion sends the drone plummeting to the ground.

Afterwards, a Saudi F-15 fighter jet is seen flying into the airspace where the drone had just been.

This attack is the latest in a series of airborne assaults that the kingdom has blamed on Houthi rebels.

Houthi missile and drone attacks on the kingdom have grown common in recent months but have rarely caused damage. Last month, the Saudi-led military coalition claimed the Houthis launched a ballistic missile toward Riyadh, and last week, the Kingdom said that a projectile fired by Houthi rebels had caused a fire at an oil terminal in the port city of Jazan.

Early last week, Saudi Arabia proposed an UN-sponsored ceasefire for the yearslong civil war in Yemen, but has only been met with more attacks. Another Houthi-claimed missile struck an oil tank in Jizan, causing it to explode and catch fire. The kingdom has condemned the attacks and vowed “deterrent action.”

US President Joe Biden announced last month that he was ending US support for the war in Yemen, revoking the Houthi rebels’ listing as a terrorist group. Biden stressed the US would continue to help Saudi Arabia defend itself against outside attacks, but claimed in a speech at the US State Department that the war “has to end.”

Although the US has claimed proof that Iran is arming Houthis, the rebel group continues to claim accountability for the attacks while Tehran denies having any hand in them. Houthis overran Yemen’s capital in 2014, forcing authority figures into exile and have been at war ever since.

In 2015, a Saudi-led coalition launched an air campaign against the rebels at the request of President Abdrabuh Mansour Hadi. However, the Houthis continue to maintain control over a vast part of the country's north, including the capital of Sanaa.