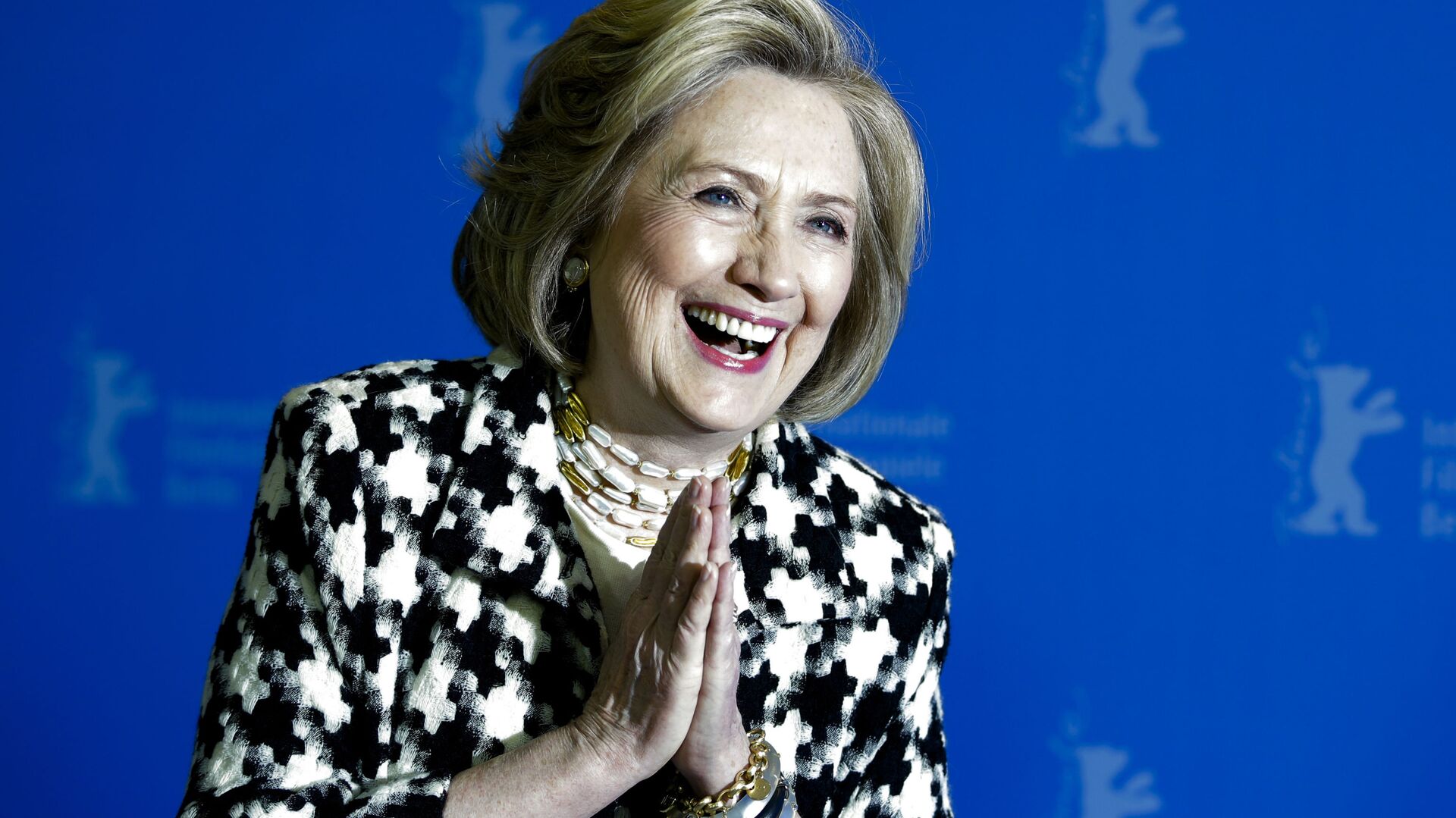 Max Gorbachev
All materialsWrite to the author
Supporters of the QAnon theory believe there is a group of high-profile Democrats and Hollywood celebrities that worship Satan and are engaged in cannibalistic rituals. Members of this alleged cult are paedophiles and run a sex trafficking ring. Oh, and they also purportedly plotted against former President Donald Trump as well.

Supporters of the QAnon theory believe the container that created the biggest maritime traffic jam in history belongs to former US Secretary of State Hillary Clinton and is used for the sex trafficking of children.

The Suez Canal, one of the most important shipping lanes in the world, is reportedly blocked because someone accidentally got stuck with their giant container ship. The photo is unreal. pic.twitter.com/I2ACkBqPi2

​Screenshots of messages posted on social media show how conspiracists arrived at this conclusion.

QAnon is abuzz with the Suez Canal story.

Given the Ever Given ship's call sign is H3RC, and Hillary Clinton's initials are HRC, and the ship is operated by Evergreen Marine, and Hillary's secret service code is Evergreen, the ship is tarfficking kids on behalf of the Clintons. pic.twitter.com/4iI42QS5Ca

The ship's operator is a Taiwan-based company purportedy called Evergreen Marine Corporation. It is said that Hillary Clinton was given the codename "Evergreen" by the US Secret Service when her husband Bill was president of the United States.

The ship's call sign is H3RC, which looks like initials of the former Secretary of State – HRC (Hillary Rodham Clinton).

As mentioned earlier, supporters of the QAnon theory believe that there is a group of Satan worshipping cannibalistic paedophiles, who run the United States. One of the messages draws attention to the time the ship got stuck, which was allegedly 13:01. The last time the Suez Canal was closed was during the Six-Day War between Israel and Arab nations in 1967. 1301 subtracted from 1967 equals 666, which is widely regarded as the number of Satan

The leading theory seems to be that Hillary Clinton is using it to traffic children, and that the accident is a military rescue operation. pic.twitter.com/LBUrkwGBej

​Conspiracists voiced hope that Hillary Clinton would be exposed when rescuers get the ship unstuck and open the containers (obviously on live TV).

Supporters of this theory often rely on a mysterious individual named "Q", who leaves coded messages on social media and forums, which are then deciphered. In this case, conspiracists drew attention to the 2018 message "when do you need a plumber?" that was mentioned in a conversation about Evergreen.

This is not the first time supporters of this theory have twisted events to suit their claims. Last August, they alleged that Evergreen (Hillary Clinton) was responsible for the deadly explosion in Lebanon that left more than 200 people dead. Conspiracists alleged the Democrat was trying to hide evidence of her guilt.

The other day, when Beirut happened, I found this picture of the Port of Beirut at executive magazine site. I wonder if HRC #Evergreen is blowing up evidence.
Just conjecture.

Someone else posted this explosions meme.

It feels so good to be on the good guys side. pic.twitter.com/DfqXnAmHWA