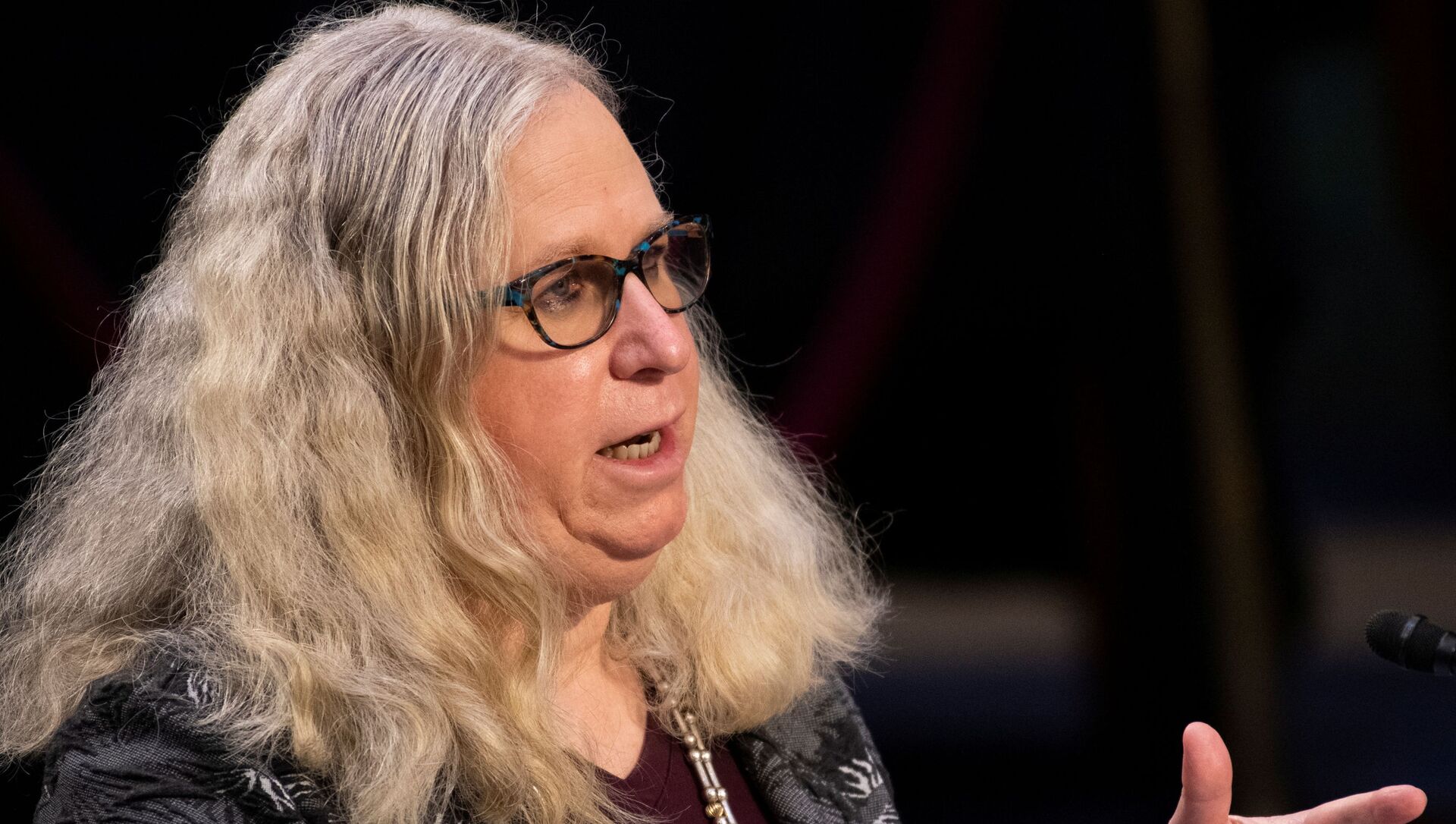 Morgan Artyukhina
All materialsWrite to the author
Although a chief for the Department of Health and Human Services has already been confirmed, US President Joe Biden has yet to nominate figures for many key agencies, including a Food and Drug Administration commissioner, even as his administration pushes ahead with the COVID-19 vaccination effort.

On Wednesday, the US Senate voted to confirm Dr. Rachel Levine for the position of Assistant Secretary for Health. She is the first openly transgender person to be either nominated or approved for a federal position.

The upper legislative chamber voted 52-48 to confirm Levine for the position, with Republicans Susan Collins of Maine and Lisa Murkowski of Alaska joining them.

The 63-year-old Levine was previously the Pennsylvania State Secretary of Health, overseeing the state's response to the COVID-19 pandemic, and before that the Keystone State's physician-general. She is a pediatrician by trade and worked for decades at Penn State Hershey Medical Center.

Civil rights advocates have praised Levine’s appointment and confirmation, as she is the first openly trans person to be appointed to such a high position. From 1947 until 1975, LGBTQ people were banned in one form or another from federal government employment, with thousands being purged as part of a McCarthyist-like “Lavender Scare.” Only in June 2020, by ruling of the US Supreme Court, did discrimination against LGBTQ people in employment become illegal in the US, although the Trump administration refused to enforce the ruling, requiring US President Joe Biden to issue an executive order on the day he took office stating it would be enforced.

Alphonso David, president of the Human Rights Campaign, the US’ largest LGBTQ rights advocacy group, said that with Levine’s confirmation, the US is “one step closer to a government that mirrors the beautiful diversity of its people.” Biden has made a concentrated effort to nominate more women and minority figures for spots in his administration, many of whom have been the first from their communities to hold the position.

The Senate is also presently considering the Equality Act, a bill that would add nationwide discrimination protections for LGBTQ people to the US law code. The House passed the bill last month, but it has faced more scrutiny in the Senate, where Democrats have only the thinnest of majorities and a filibuster has the potential of blocking its passage. Conservatives have objected in particular to the bill’s inclusion of trans girls and women in Title IX, a program for guaranteeing gender equality in education and sports, by arguing that they are genetically superior to cisgender women, or women who were assigned female at birth.

However, recent polls show that anti-discrimination protections for LGBTQ people are extremely popular across US society, with 76% saying in a PRRI poll published Tuesday they support such protections being made law. A previously poll in June 2019 held by Reuters/IPSOS to mark the 50th anniversary of the modern LGBTQ rights movement found that 45% of respondents weren’t aware that anti-LGBTQ discrimination was still legal.