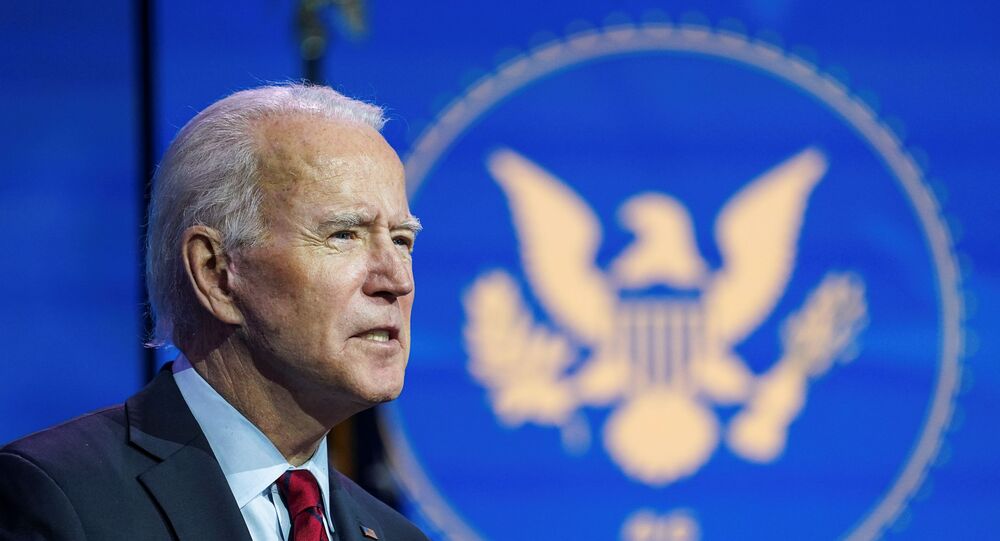 Projected US President-elect Joe Biden is currently in the process of assembling his Cabinet. Over the past week, Biden announced Denis McDonough as his pick for secretary of veterans affairs, Tom Vilsack for agriculture secretary and Rep. Marcia Fudge (D-OH) as secretary of housing and urban development.

On Friday, US lawmakers called on Biden to nominate an Asian American and Pacific Islander (AAPI) to fill one of the remaining “secretary-level” positions.

So far, Biden has selected Sen. Kamala Harris (D-CA), whose mother emigrated from India, as his vice president. He also nominated Center for American Progress President Neera Tanden, who is of Indian descent, as director of the Office of Management and Budget, The Hill reported. Capitol Hill staffer Katherine Tai, the daughter of Taiwanese immigrants, has also been chosen by Biden as US trade representative, and Vivek Murthy, the son of Indian immigrants, has been selected to return to his former post of US surgeon general.

However, the Congressional Asian Pacific American Caucus (CAPAC) noted in a statement this week that this administration could mark the first one since Bill Clinton’s where AAPIs do not have a secretary role in the executive Cabinet. For weeks, CAPAC has urged Biden to increase AAPI representation among Cabinet appointees.

“AAPIs are the fastest growing racial population in the country and came out in record numbers to elect Joe Biden to be our next President of the United States. And yet, for the first time in over two decades, we are facing the possibility that there might not be a single AAPI Cabinet Secretary in a presidential administration. Let us be clear: that outcome is unacceptable,” CAPAC said in a statement obtained by The Hill.

“President-elect Biden promised to build an inclusive government that reflects the diversity of our nation. To not include an AAPI official as a Cabinet Secretary overseeing a federal department would send the wrong message that AAPIs do not need to be included,” the caucus added. “We already see the exclusion of AAPIs in critical policy conversations regarding the disproportionate impact of COVID-19 on communities of color, immigration and racial justice that often overlook our community due to the harmful ‘model minority’ stereotype that paints AAPIs as a monolithic group.”

The group has specifically been lobbying for David Kim, California’s transportation secretary, to take charge of the US Transportation Department under the Biden administration. Julie Su, California’s secretary of labor and workforce development, is being considered for labor secretary.

In a Friday call with reporters, Biden’s transition officials said the recent selections of Tanden and Tai demonstrate the team's commitment to establishing a diverse administration.

"We have not only the most qualified and experienced Cabinet, but also we're on track to have the most diverse in American history,” Jen Psaki, Biden’s incoming press secretary, said on the call, The Hill reported.

In an interview with CNN last week, Biden also shared a similar sentiment: “When it’s all over, people will take a look and say, I promise you, you’ll see the most diverse Cabinet, representative of all folks, Asian Americans, African Americans, Latinos, LGBTQ, across the board.”

Biden still has several positions to fill. Currently, half of his Cabinet picks have been people of color, including Xavier Becerra for health and human services secretary, Cecilia Rouse for chair of the Council of Economic Advisers, Linda Thomas-Greenfield for United Nations ambassador and Alejandro Mayorkas for homeland security secretary.