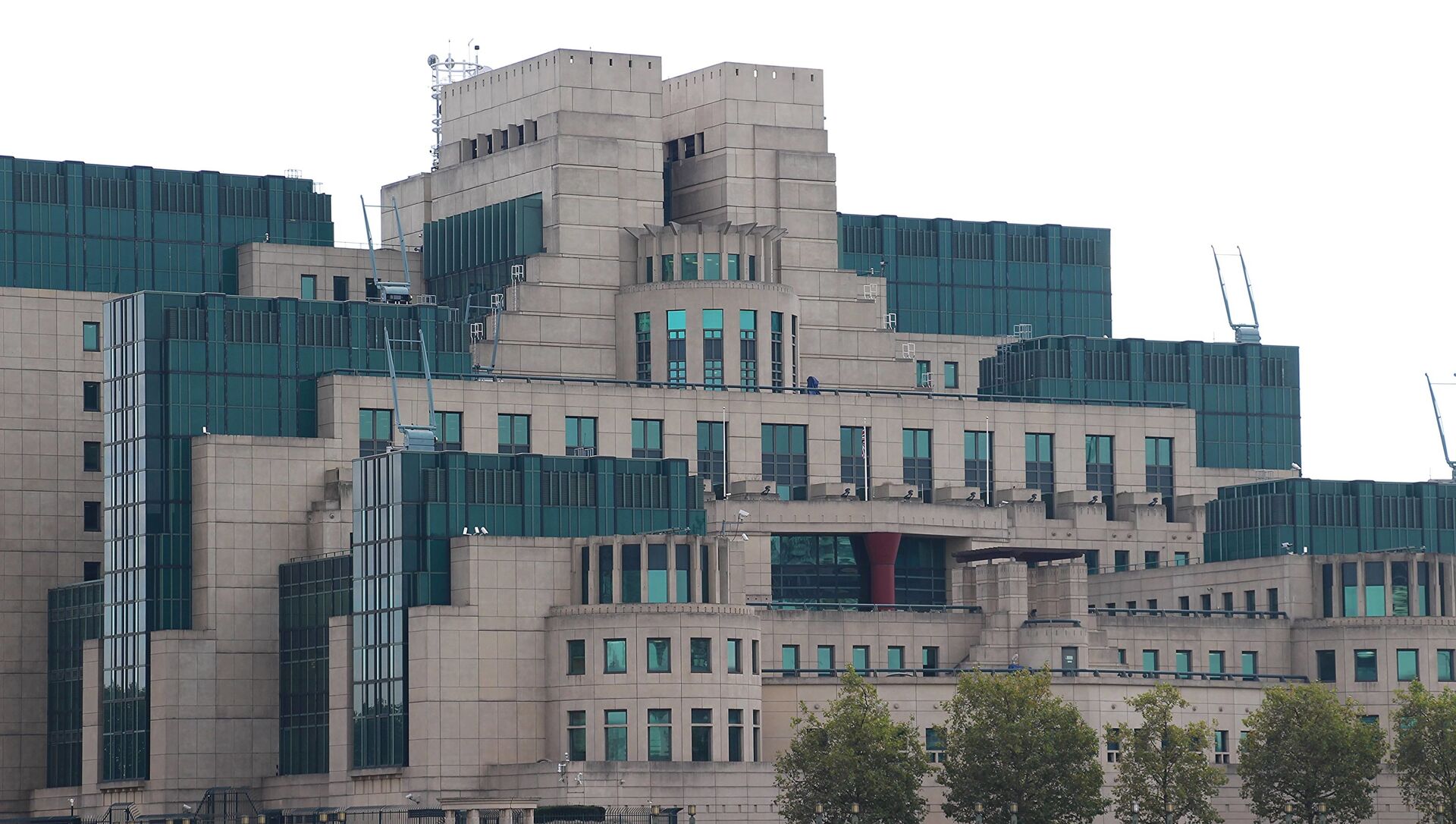 Mohamed Elmaazi
All materialsWrite to the author
The British state considers there to now be a "grey zone between peace and war" which justifies, they believe, engagement in covert manipulation of public opinion on matters both foreign and domestic, albeit in the name of combating "disinformation".

Dr Piers Robinson researches and writes about propaganda, conflict and war. He is co-director of the Organisation for Propaganda Studies and convenor of the Working Group on Syria, Propaganda and Media. Robinson, who completed his PhD on the role of media and foreign policy — the so-called CNN effect — at the University of Bristol, examined revelations contained within the UK government's Integrated Review of Security, Defence, Development and Foreign Policy, which appears to promote the idea of using propaganda to shape British public opinion.

Robinson warns that increasing hostility being directed towards countries like Russia and China threatens "super-power conflict" which would affect current and future generations profoundly. "Now is not the time for propaganda", he insists, but rather, "it is time for greater transparency and scrutiny".

Sputnik: What exactly is it that the government has admitted to doing, in its Integrated Review, vis-a-vis directing propaganda towards its own citizenry?

Dr Piers Robinson: From what is being reported it appears that the British government is openly stating that it intends to employ propaganda within the UK public sphere. Reference to the use of 'social science expertise, horizon-scanning and strategic communications' are all euphemisms for propaganda. Propaganda is primarily about organising conduct and beliefs through means that are 'non-consensual'. By non-consensual I mean influence techniques that might use a variety of strategies aimed at getting people to act and think in ways that are not freely chosen.  For example, the technique of deception, where information is manipulated, can lead to people thinking something is true but that belief is not freely chosen precisely because deception has been involved.

Other propaganda techniques involve incentivisation and coercion: here it is more obvious that behaviour and beliefs are not freely chosen as people are being either tempted or forced. The bottom line is that all these propaganda techniques are undemocratic. They run roughshod over notions of freedom, free choice and freedom of speech. Ultimately, widespread uses of such techniques means that a democratic public sphere is increasingly replaced by a propagandised public sphere.

Sputnik: Do they explain why they think this is necessary and acceptable?

Dr Piers Robinson: The rational for the use of propaganda against the domestic population appears to be based on ideas that there are now grey areas between 'foreign' and 'domestic' and between 'war' and 'peace'. Underlying these ideas is the claim that people’s opinions are now part of the '21st century battlefield'. As such, the government appears to be claiming that the British public are now involved in a war and that the only way that war can be fought is through attempts to influence, even control, their thoughts and behaviour. The assumption underpinning this rational for domestic propaganda is that Britain faces significant military (and other) threats.

UK Foreign Office Docs Reveal 'Full-Spectrum' Psyops to 'Destabilise Russia', Journalist Says
The problem with this, and why the justifications are so weak, is that it is the British state itself, and many of its allies, that have played a leading role in initiating and maintaining violent conflict in many parts of the world. In the last 20 years the UK has been directly involved in wars in Afghanistan, Iraq, Libya, Syria and Yemen and which have caused countless deaths and injuries. This is a matter of empirical record. One might reasonably suspect that the real driving force behind attempts to propagandise the British public regarding 'national security and international policy' is actually to inhibit democratic scrutiny and accountability with regard to government policy and its involvement in illegal wars such as the invasion of Iraq in 2003.

Sputnik: Have we already seen examples of these activities?

Dr Piers Robinson: One recent example of a new UK government propaganda initiative was the 'Integrity Initiative'. This involved attempting to create clusters of journalists and academics who could be linked with state-level actors, all with objectives that clearly focused on perceived enemies, such as the Russian Federation and paid almost no attention to critical examination of the UK's own foreign policy and involvement in aggressive war.

It is not entirely clearly to me what the impacts of policies such as the Integrity Initiative have been. On the one hand, it remains extremely difficult to raise important issues regarding UK foreign policy within the UK public sphere. The ongoing scandal over the OPCW and the alleged chemical weapon attack in Syria 2018, which led to the UK and its allies bombing Syria but which has been question by OPCW whistleblowers and others, has been difficult to discuss in the UK public sphere.

More broadly, debate over UK involvement in the Syrian war has been suppressed. This would all suggest that propaganda efforts are quite successful. At the same time, public distrust in government, the mainstream media and other institutions now seems to be at record levels, suggesting that many UK citizens are not being successfully propagandised. Maybe propaganda efforts are backfiring and generating ever higher-levels of distrust?

Sputnik: Why should the average person care whether the government, including the military, are covertly engaged in such propagandistic activities?

Dr Piers Robinson: People should care because, in a democracy, people are supposed to have some influence over what their governments do. People have a responsibility to be informed and to make judgements on government actions: that is how democracy works. This responsibility cannot be exercised if the public sphere has become propagandised. It prevents people from being able to exercise their democratic responsibility by holding their governments to account.

'Thanks Jack!': Twitter's 'Hacked' Documents Warning Backfires, Leading to Exposé Going Viral
In matters of foreign policy and war, of course, inability to hold your government to account, and to influence government actions, can lead to unjustified wars that end up destroying millions of lives. This is exactly what has happened during the last 20 years during which we have seen war after war fought on spurious grounds, and under the meta-narrative of the 9/11 'global war on terror'.

In the current international situation, with rising tensions in relation to Russia and China, lack of accountability and scrutiny might lead to the ultimate nightmare of nuclear capable super-power conflict. Such a war would affect everyone, and future generations, profoundly. Now is not the time for propaganda, it is time for greater transparency and scrutiny.